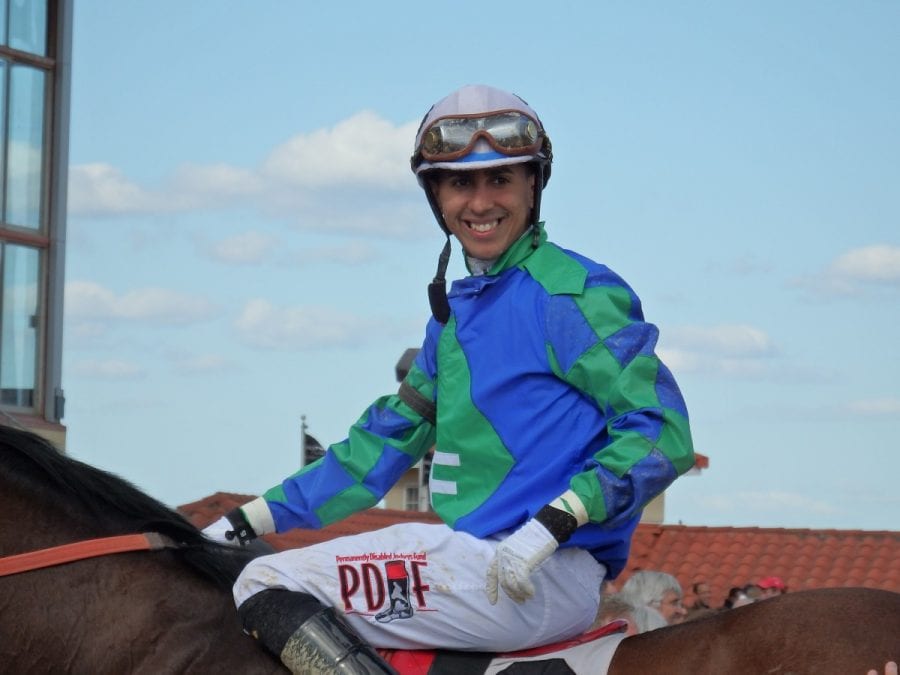 There have been some changes in the jockey colony at Charles Town over the past couple of months, and a new leader has made himself known. Arnaldo Bocachica has been on a roll since our last check-in back in April, and has been steadily collecting enough wins to put him on top in terms of points, wins, and win percentage.

With 340.60 points, Bocachica has taken the top spot away from Christian Hiraldo, who had previously led the colony. With 331.03 points, Hiraldo now resides in third, just behind Jose Montano, who possesses 337.66 points in second. Rounding out the top five in fourth and fifth are Xavier Perez and J.D. Acosta with 298.29 and 293.66 points, respectively.

The rating system is designed to highlight individuals who win frequently, and score in major races. Our stats have been applied to each jockey at Charles Town who has competed in at least 35 races and won at least once.

Bocachica has ridden to victory 21 times since our last check-in, bringing his win count up from 40 to 61. That included his burst on May 10-11, where he ended up visiting the winner’s circle five times in two days. However, despite his advantage, Bocachica does have some competition lurking close behind him.

With 57 wins, Hiraldo is not far behind in the win column. Gerald Almodovar comes in at number three, with 53 wins under his belt. Behind him comes Montano and Luis Rodriguez, with 40 and 30 trips to the winner’s circle, respectively.