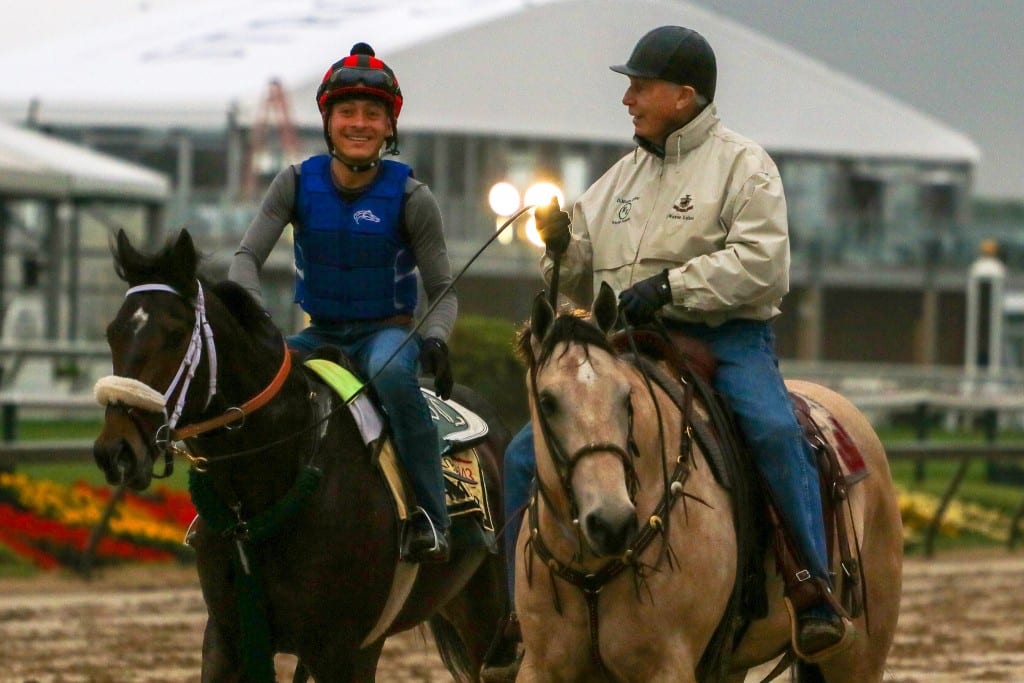 One of two from the barn of Hall of Famer D. Wayne Lukas, a six-time Preakness winner, Bravazo ran sixth in the Kentucky Derby after a wide journey. The son of Awesome Again, a homebred for 2013 Preakness-winning owners Calumet Farm, was a nose winner of the Grade 2 Risen Star at 21-1 odds for the top win of his career and has three wins to date.

WHAT THEY’RE SAYING ABOUT BRAVAZO

“His best race was the Risen Star (G2), where he went right on the pace. Not everybody can be just off the pace. Something has got to give. Everybody will tell you they’d like to be there, but the horses will have the facts,” trainer D. Wayne Lukas said. “I think we’re probably as quick as most of the them, so we’ll have to use a little judgment on the rider part.”

Lukas also said, “The thing about the Preakness is that you’ve got to have a tough horse, a horse that can rebound very quickly from the Derby, regardless of the trip. We’ve got one of those this year – Bob (also) has one is the problem. You can see it by the way he gallops, how aggressive he is.

“Our horse (Bravazo) is tough.”

What he has is a lot of heart as he won his first two starts of 2018 by a neck and a nose, after doing most of the dirty work dueling for the lead in both events. His Hall of Fame trainer looks at it this way,  “Realistically it’s Justify’s race to lose, just that simple. He’s the best horse. Not always the best horse wins in the Kentucky Derby, and this year the best horse won. To go into Baltimore and take him back on is definitely going to be a challenge. I’ll never be afraid, but I’m realistic enough to know he’ll be very difficult to beat. But you can’t mail it in. They run and things happen. We’ve been there before. I mean, Oxbow (who finished sixth in the KY Derby in ’13) wasn’t supposed to beat those horses either, and he did easy.”

His name in Spanish means “excellent” but he finished sixth in the Derby. After a troubled start, he raced wide along the first turn and backstretch before making a solid run on the far turn and into the stretch before tiring. Could do the same here. Nine career starts and has yet to record a triple-digit Brisnet speed-figure.