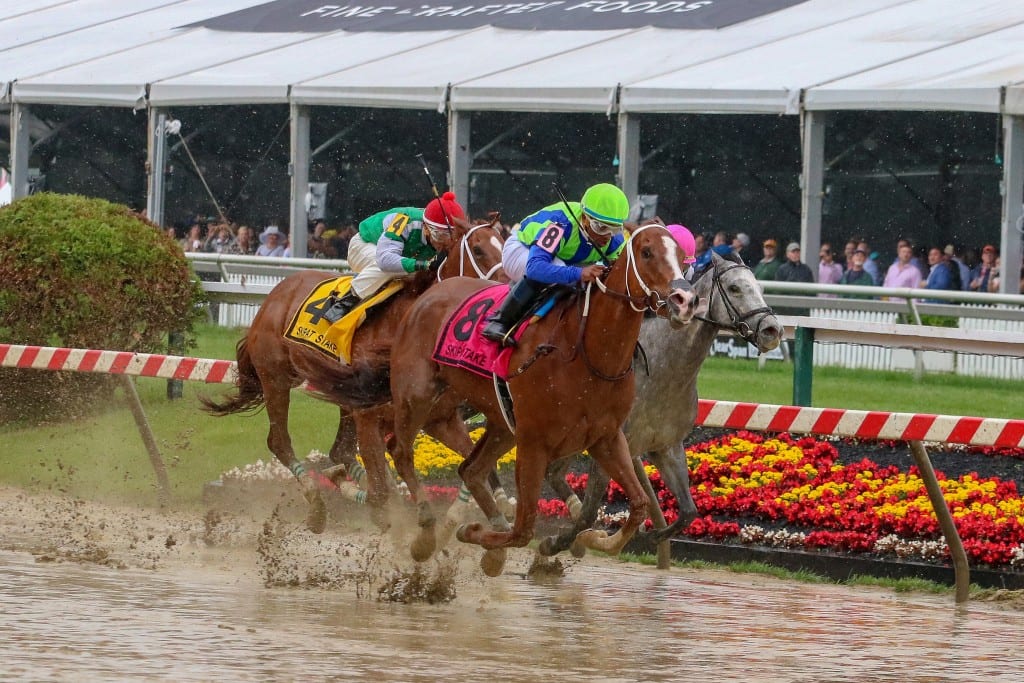 Ms Locust Point (6-5) used her natural speed from the gate to quickly take the early lead but Vertical Oak (6-5) was hustled to put pressure on the leader, as these two rapidly opened a three-length gap on the next pair, Startwithsilver (5-2) and Luckyall mylife (15-1) leaving Toby Girl at the rear.

Pressing reasonable early fractions of 23.03 and 46.31, Vertical Oak continued to race to the outside, just off the shoulder of the slight betting  favorite. As the top pair entered the stretch, Ms Locust Point was asked for her best stride while Ricardo Santana, Jr., perched confidently aboard Vertical Oak began to pull clear, as Startwithsilver began to rally along the rail.

Only needing one crack of the whip nearing the sixteenth pole, Vertical Oak continued on to victory as Startwithsilver could only get by Ms Locust Point in the final strides to claim the runner-up spot. Local hopeful Toby Girl (31-1) got by Luckyallmylife late to earn the fourth-place purse.

“I had a pretty good trip. She did everything right and responded when I asked her. I had won on her before [maiden victory at Saratoga and optional claiming win at Churchill Downs] but this is my first stakes win with her. She’s a nice filly.”

“She’s a nice filly. She’s run super races on an off racetrack. The draw was great for her and so was the result. She won the Miss Preakness here last year and this was the target. We hope she has a very good year. And now she’ll likely head to New York.”

Runner-up Startwithsilver though lacking speed, saved ground hugging the rail and closed gamely but appeared a bit tentative late when in tight next to Ms Locust Point. With an earlier move she may have been able to get to the winner.