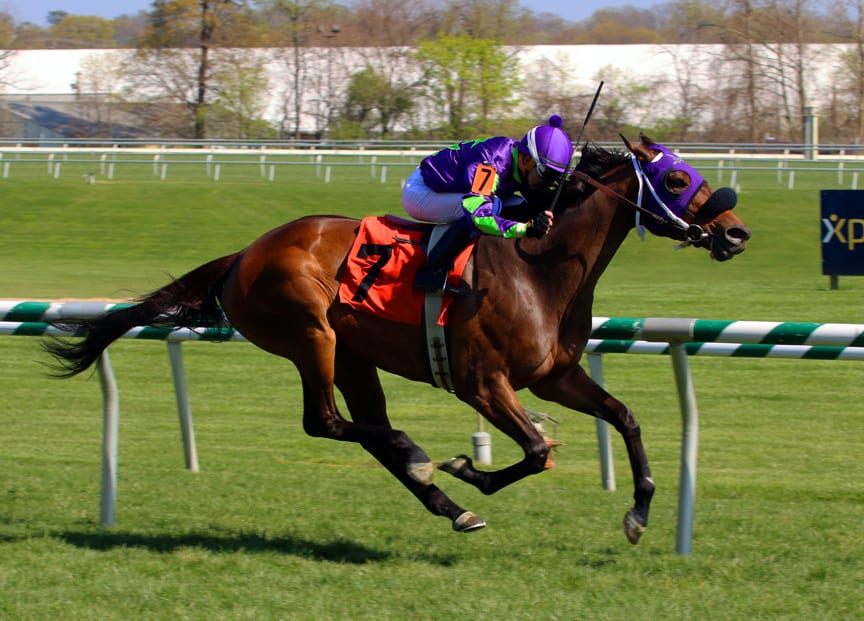 Our In Focus Guide offers the most in-depth analysis and commentary to the All Stakes Pick 4 Saturday at Laurel Park!

#2 Flower Fashion (6-1): No shame in last visit to Laurel, as two-length defeat came to multiple G3 winner Rymska; trainer Clement not the type to tilt at windmills, so assume she’ll be ready to run here…  #3 Sophia Is an Angel (30-1): Added ground here probably isn’t a bad thing, but she’ll need major improvement to be a factor… #5 Hallie Belle (15-1): Tough one last out when empty in the lane in the Stall Memorial, but two-back win in the Pago Hop was solid, and that race produced two next-out winners; lightly raced and still has upside… #6 Tanya’s Gem (30-1): Hard to see this miss being a factor here… #7 Broken Bridle (12-1): Local runner training forwardly for her season debut and has run well off the bench before; was well beaten in lone stakes try and gets a class test here… #9 Aura Rose (20-1): Makes first start in barn of Lacey Gaudet, which does well in this circumstance – but this looks to be a heavy lift 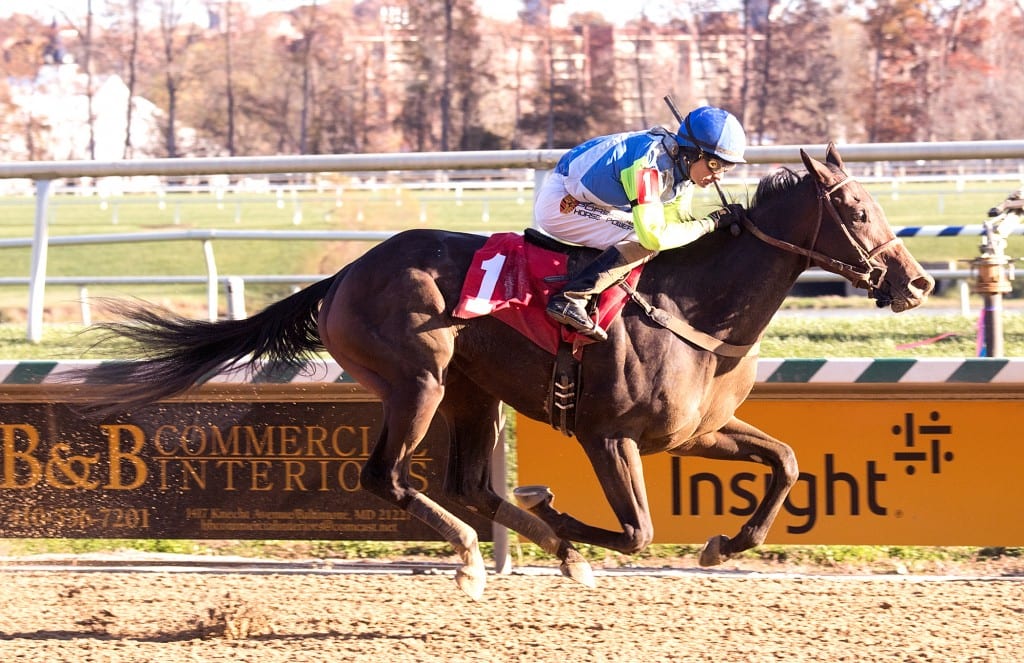 
#2 – Stormologist (12-1): Got second career win in latest when changed tactics coming from well off the pace versus OC50k/n1x gals; had a troubled start in only OTB finish (6:2-2-1) … #5 – Firth (15-1):  Showed big improvement in first race off trainer L. Gaudet claim when weakening late in try to take field gate-to-wire, DQ’d from 2nd to 4th for drifting late; could upset here as rivals lack early speed; second star w/blinkers… #6 – Empress Livia (30-1): PA-bred/based runner lone win came sprinting on a sloppy Pen surface, then failed miserably as PT favorite in state bred allowance going one mile… #7 – Indy Union (6-1): Away since Dec. 2 when she didn’t respond in the 9f G2 Demoiselle at Aqu; been steadily working in the A.M. and might try to get early lead and not look back… #9 – Stakes On a Plane (12-1): Third start after brief layoff; prevailed in Lrl/’18 debut in slop then earned minor award (4th) in most recent local stakes, the $100k Beyond the Wire for 3 y.o. fillies; pedigree says sprinter 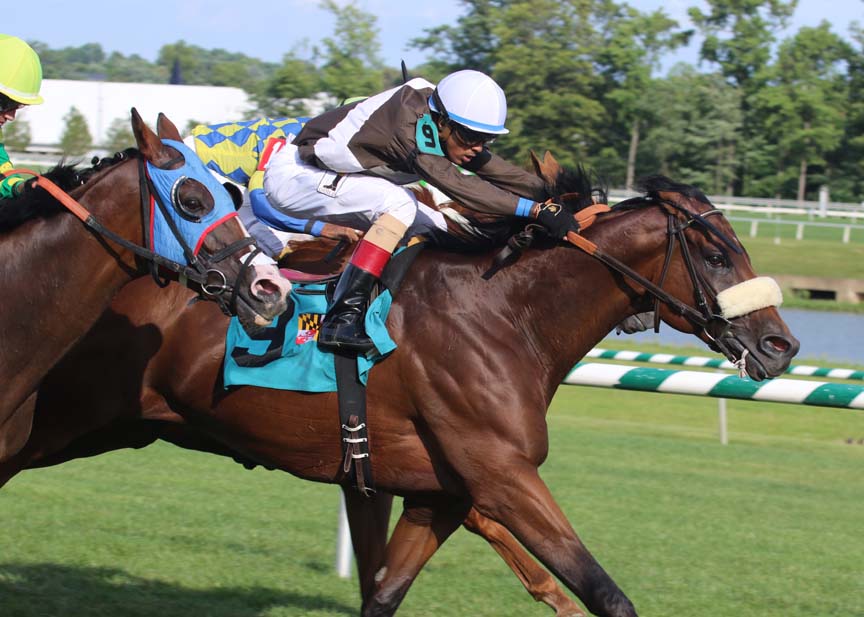 
#1 Murad Khan (10-1): Solid effort in last when in for the tag in optional claimer but note rider Leparoux jumps ship for #7 here… #2 Econometric (50-1): 50-1 morning line, figures to drift up to 99-1 by post time… #3 Cooptado (15-1): Five of six career wins are on the main track; just 1-for-24 on the lawn… #5 Caribou Club (8-1): Makes season bow after decent work tab; two of three career wins at sprint distances… #6 El Areeb (12-1): Not a bad effort in last, when a close-up fourth as the chalk, but sibs are 0-for-13 on the green stuff… #8 Dalarna (20-1): K One King colt had his moments last year, including win in the English Channel, but late season tries just so-so; inclined to wait and see on this Rubley trainee… #9 Glorious Empire (15-1): Runner has a history of in-and-out form; first time out for trainer Lawrence, and shows a spiffy worktab in preparation… #11 Even Thunder (15-1): Siblings haven’t tried the green stuff and dam was 0-for-2 on it; sire was a decent turfer but better on the main track... #13 Bolting (20-1): The three North American tries are pretty bland for this previously France-based runner; can improve in second start of campaign… #14 Doctor Mounty (15-1): Has lengthy string of works as trainer McGaughey looks to bring this guy back after he fell in last; McGaughey and rider Boyce have had success locally 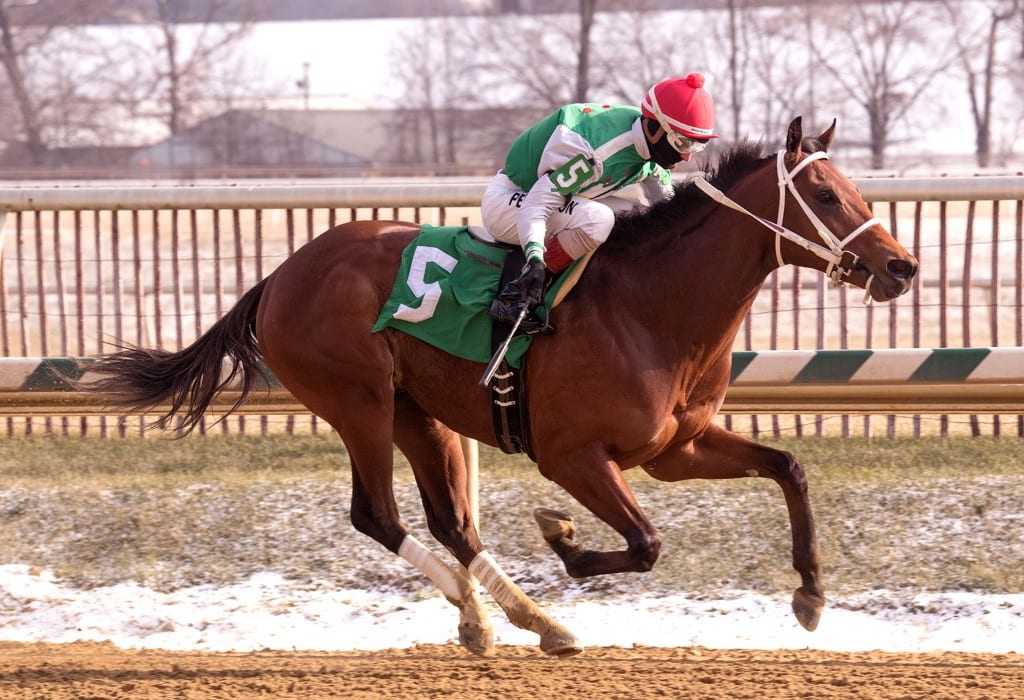 
#1 – Takedown (20-1): Has done well since transferred to local trainer L. Gaudet barn; plenty of early speed in here to set it up for this late running son of Take Charge Indy; nice bullet 4f work on Sunday; MVR jock in for lone mount on card is a head-scratcher… #3 – Not Fake News (30-1): Fresh off maiden win at Pen in 7th career start as even money favorite but first going two turn; simply doesn’t have the speed figs to compete at this level… #4 – Noble Commander (6-1): 2 for 2 though against fellow FL-breds; impressive pair of works at CD for trainer M. Casse as J. Leparoux reason to have 4 mounts on card is to ride this one as he did in first two… #5 – Split Verdict (10-1): Moved forward in second start to break maiden at Aqu when stretched out to one-turn mile getting pressure every step of the way; might regress a bit but regular jock K. Carmouche will ride… #7– Navy Commander (12-1): BRIS#s continue to climb after a pair of victories by combined 17+ lengths at Prx v. Alw foes; loses jock to #6 but replacement has won with 5 of 12 mounts for trainer R. Reid, Jr past year…  #8 – American Lincoln (8-1): 1 of just 2 runners in here to have won at this 9f distance which came in latest, maiden win by 18-lengths at Aqu in slow time; third start after layoff angle…   #11 – Holland Park (10-1): Royally bred gray for NY-based trainer K. McLaughlin sheds blinkers after maiden win at Aqu in second start going 9f; been sent off 3-5 or shorter favorite in all 3 races so expectations have been high; jock opts to stay in NY to ride a trio of maidens v. stakes here is a negative