Ms Locust Point romps to popular What A Summer victory 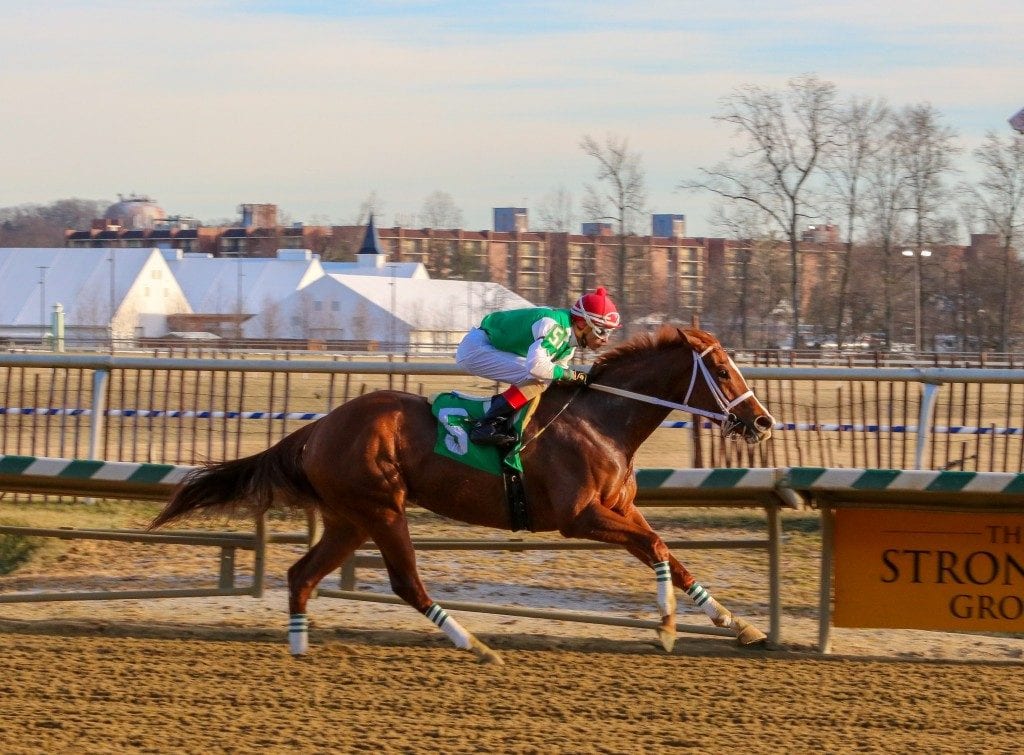 Ms Locust Point was easily best in the What A Summer Stakes at Laurel Park. Photo by Dottie Miller.

Cash is King and Jim Reichenbery’s Ms Locust Point, already a two-time stakes winner at Laurel, remained undefeated over her favorite track with a front-running three-length triumph in the $100,000 What a Summer.

The Parx-based 4-year-old daughter of Grade 1 winner Dialed In ran six furlongs in 1:09.78 under regular rider Jose Vargas Jr. for her third stakes win in three tries at Laurel, following the 2017 Willa On the Move and 2016 Gin Talking.

“I don’t even know what to say about her anymore. Jorge Vargas knows her well and he always gets the job done,” said Jennifer Hamm, assistant to winning trainer John Servis. “Words can’t express how happy I am and I’m sure the entire barn is right now. She’s amazing and she tries and she has so much heart. We couldn’t ask any more of her.”

Ms Locust Point, sent off at 1-9 in a field of six, was outrun early by 50-1 long shot Seekingthegiantpearl but was able to cruise to the front by the time they went a quarter-mile in 22.34 seconds. Vargas sat still as Ms Locust Point extended her lead once straightened for home and powered down the stretch for her fifth win from seven lifetime starts.

“She’s a runner and she’s happy, too. I just had to break and she did all the rest,” Vargas said. “I was just a passenger today. I had a lot of horse. Even on the gallop out, she didn’t want to pull up. She’s amazing.”

Tazkeya finished second, a half-length ahead of multiple stakes winner My Magician. They were followed by Angel At War, previously undefeated through six starts making her stakes debut, and Seekingthegiantpearl.

Hamm said the next start for Ms Locust Point will be up to Servis. Second in her career debut in October 2016 at Parx, her only off-the-board finish came when fifth in the Forward Gal (G2) last February at Gulfstream Park.

“She’s very professional. She goes out in the morning and does her job,” Hamm said. “She’s all business. She knows what her job is.”