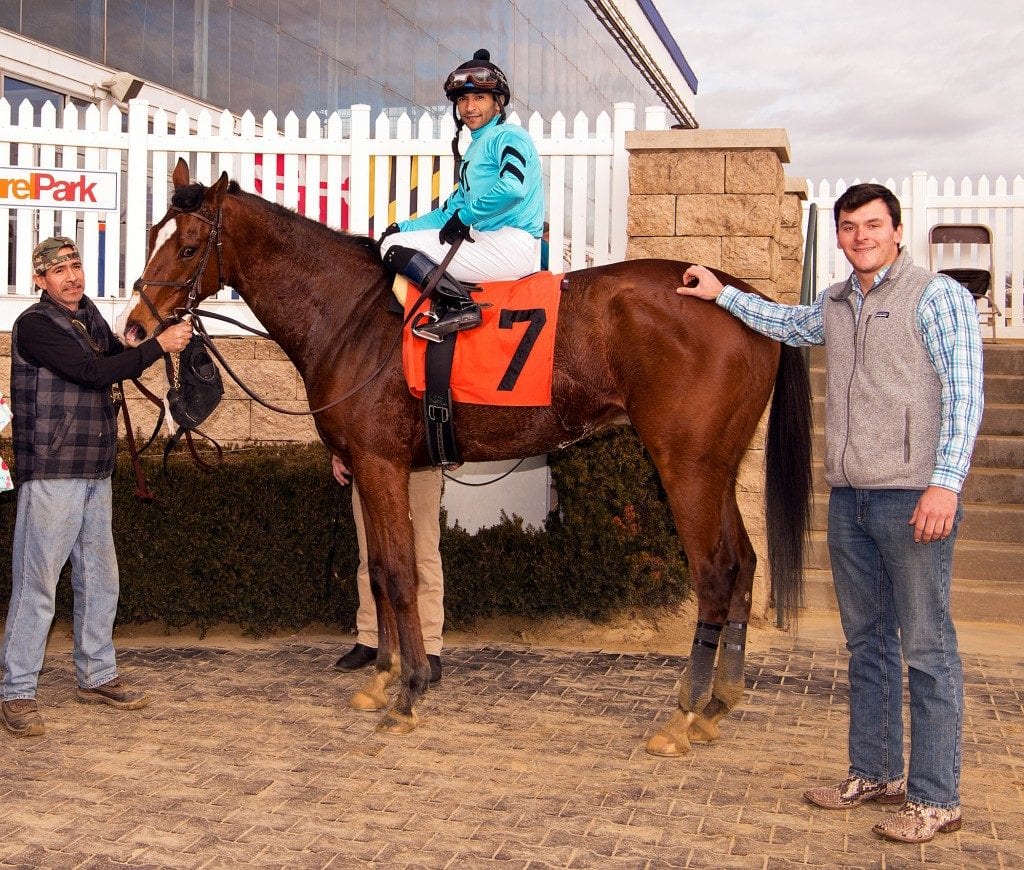 To the extent that it takes note at all, history will mark the fourth race Sunday afternoon at Laurel Park as a nondescript $16,000 claiming race with, after scratches, a short, five-horse field.

But that’s not how it felt to Michael Merryman or his mother, longtime Maryland trainer Ann Merryman.

For Michael, 25, it was his first win as a trainer. And for Ann, it was a chance to get a hug in the winner’s circle from the son who says she “definitely” taught him the most about horse racing.

Deal Driven, a four-year-old Oklahoma-bred Michael Merryman had claimed for himself for just $5,000 a couple of races back, went straight to the lead in today’s race, a 1 1/16 mile test for four-year-olds and for five-and-ups that had never won three times, and never looked back.

Under Carlos Quinones, Deal Driven led by two lengths after an opening quarter-mile in 24.54 seconds, and the margin never shrank below 1 1/2 lengths at any point of call the rest of the way. The margin was 2 1/4 lengths at the wire, with the clock stopping at 1:46.15 for the two-turn distance.

Deal Driven, the 6-5 second choice, paid $4.40 to win and topped an exacta, with favored Rare Candy, that returned just $6.40 for two bucks. Deal Driven was claimed from the race for $16,000 by trainer Anthony Farrior and Super C Racing, Inc.

“It feels great,” Merryman said. “I’m a little disappointed we lost him. I really like this horse. He’s a stone cold runner.”

Two of the first three races on the card had been won by a horse who was last after a quarter-mile. That gave Merryman pause, as Deal Driven projected to be the controlling speed in the race.

“I was a little worried,” he explained. “I thought the closers would come running.”

But they never did. Rare Candy was second most of the way, and by the end, that runner was more than six lengths ahead of show horse Junction. 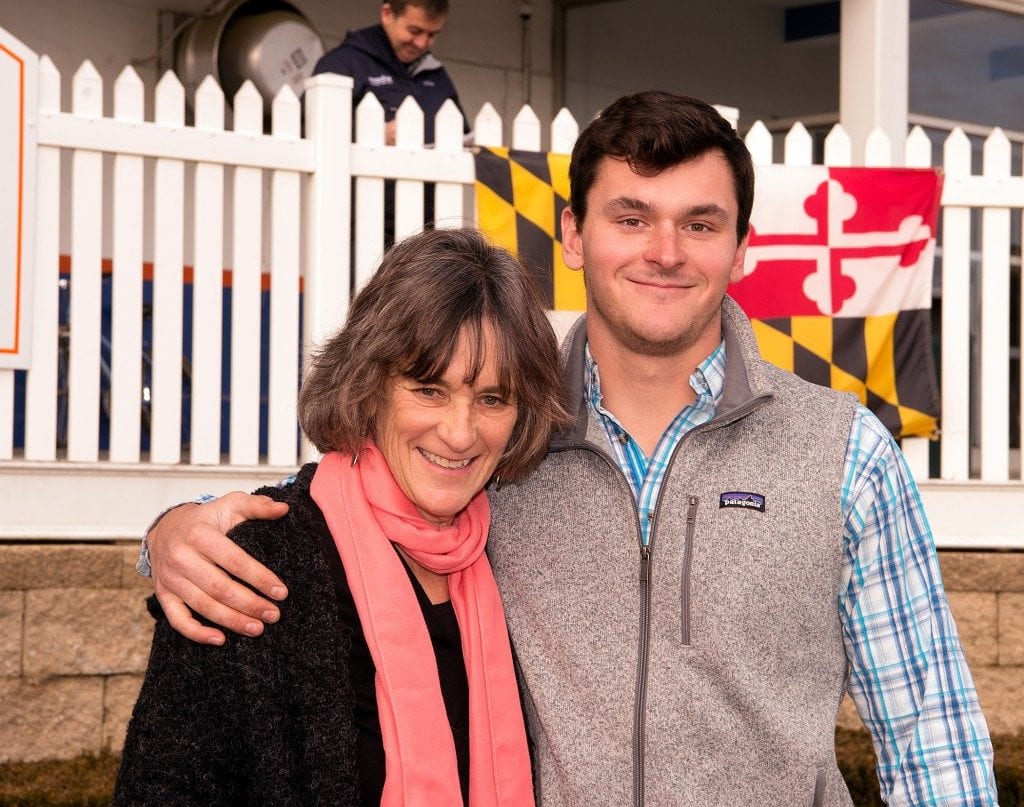 For Merryman, the win came in just his fourth career start. He’d saddled Strike ‘n Spare — “my gray horse. He was more of a love affair, not so much a runner like this guy,” Merryman said by way of description — to a couple of up-the-track finishes in 2017. Deal Driven had led a long way in his lone start for Merryman prior to today before ultimately settling for second.

And it continued a Merryman family racing tradition stretching back through the generations, one which, in addition to his mother, includes current industry participants Katy Voss, his aunt; another aunt, Elizabeth Merryman; his uncle Edwin Merryman; and cousin Louis Merryman, who stands three stallions at Anchor and Hope Farm.

But it’s a tradition on which he nearly punted. Merryman went to college for education, and to play baseball, ultimately ending up at Montana State.

“I was going to be an engineer and an architect,” he said. “But when I got out there, I was like, ‘This is so boring. I want to get back to the farm, work with the horses.'”

He returned to the family’s Orebanks operation, which also raises cattle for beef. And he went to work in equine dentistry.

“I like being around horses, helping the horses,” he said.

Now he’s a trainer with a win under his belt, an empty stall, and more than $25,000 in his account from the win and the claim. He knows just what he’s doing next.