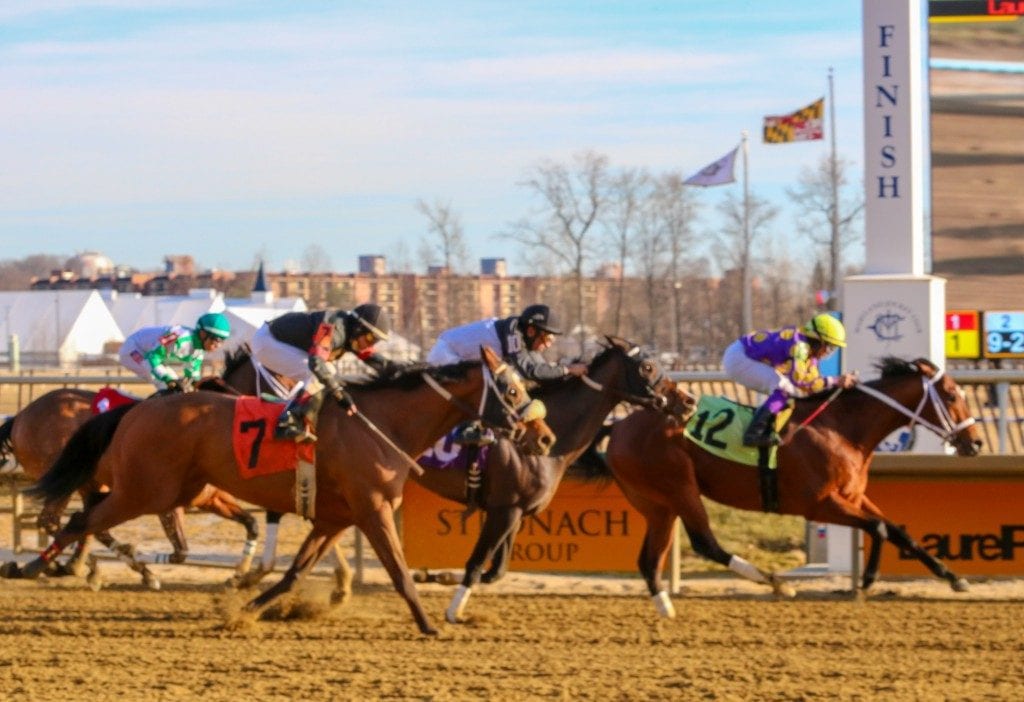 It’s a handicapping headache: how to assess a horse with a dramatic form reversal.

Take the case of Awesome Banner. Making his season debut today at Laurel Park in the $100,000 Fire Plug Stakes, the five-year-old Awesome of Course horse, a multiple graded stakes winner, spent the spring and summer tackling some of the country’s best sprinters, and while he didn’t win any of those races, there were plenty of solid results.

He finished second three times in graded company, including the Grade 1 A. G. Vanderbilt at Saratoga and, most recently, the Grade 2 Phoenix at Keeneland. He also had a third and a fourth against graded rivals, routinely recording Beyer speed figures from the mid-80s to the mid-90s.

But following the runner-up effort in the Phoenix — beaten a nose by the talented Whitmore — something went awry.

Awesome Banner finished last in the Grade 3 Bold Ruler at Belmont Park — “I draw a line through that,” said trainer Kenny Decker. “I don’t know what happened” — and then last again in the Fabulous Strike at Penn National.

That was on Thanksgiving eve, his most recent start.

“The one at Penn was a gate situation,” Decker said. “But he come out of it good. We went back to work, and he had a nice work going into this one.”

Awesome Banner breezed five furlongs in 59 3/5 seconds over the Laurel strip on January 9, fastest of six at the distance.

Awesome Banner was fit, clearly, but that still left a critical question for Decker, who trains for owner-breeder Jacks or Better Farm, and his team.

Could they get the runner — an earner of over $800,000 in his career prior to today — to mind his manners in the gate?

“You gotta take it really easy with him,” rider J. D. Acosta said. “This horse is like a bully. The guys shake him one time, he puts his head down. I was, like, don’t shake him, don’t shake him. I just don’t want him putting the head down.”

Decker and his team did what they could to prepare Awesome Banner.

“We did some gate schooling on him. Let him go stand in the gate, and that helped him a lot,” Decker said. “I’ve got to give congrats to the guys at the gate. They knew him, they got him away good.”

Taken together, the efforts of Decker, Acosta, a rider known for his ability to get horses out of the gate, and the gate crew paid dividends. Awesome Banner broke alertly and quickly moved up to stalk the early pace of the favorite, Favorite Tale.

Those two were a length apart in the opening quarter-mile, which zipped by in 22.40 seconds, and they were just heads apart after a half-mile in 45.10 seconds. At that point, It’s the Journey — another runner seeking a form reversal after a couple of disappointing tries — was revving up a menacing run from third.

The real race was just beginning — the top four finished within two lengths of each other — but Decker was already happy with the way the race was transpiring.

“Once he got in and broke on the outside going to the front, I knew that we had a good position,” the trainer said. “We were just hopng that he liked the trip. About the ¼ pole, I seen Jevian (Toledo, aboard Favorite Tale) ask his horse to run a little bit. J. D. was still still. I said, ‘It’s going to be a battle up there.'”

In the end, Awesome Banner snapped his 12-race losing streak, powering to a half-length victory over It’s the Journey. Something Awesome was along for third, and Favorite Tale finished fourth. Running time for the six furlongs was a sharp 1:08.94.

Awesome Banner paid $11.20 to win, and with It’s the Journey in second as a 14-1 outsider, topped an exacta worth $93.80. The race was weakened by five scratches, three of them trapped in New York by quarantine, including favorite Life in Shambles and second choice Do Share.

The win was Awesome Banner’s seventh in 23 career starts and pushed his career bankroll to $863,390.

Decker wouldn’t commit to a next step for Awesome Banner. But a look at his past performances — dotted with tilts against top sprinters — may provide a clue.

“He’s run against some of the best in the country,” Decker said. “I think three or four of the horses that beat him this summer, they went to the Breeders Cup.” That number included Breeders’ Cup Sprint runner-up Imperial Hint.

He’s a classy sort with plenty of speed and a surplus of tenacity — and one unfortunate problem. Fixing that — at least for the time being — got Awesome Banner the money today in the Fire Plug. And it helps explain his dramatic form reversal today.

“He’s a nice horse. He looks like he’s back on his game, and we’ll see what happens,” Decker said. “He’s been all over the country – North, South, East and West, we haven’t ducked anybody. When he’s on his game and he behaves himself, he makes them outrun him.”