Monmouth: Hopeful for a brighter future, but not everyone can wait 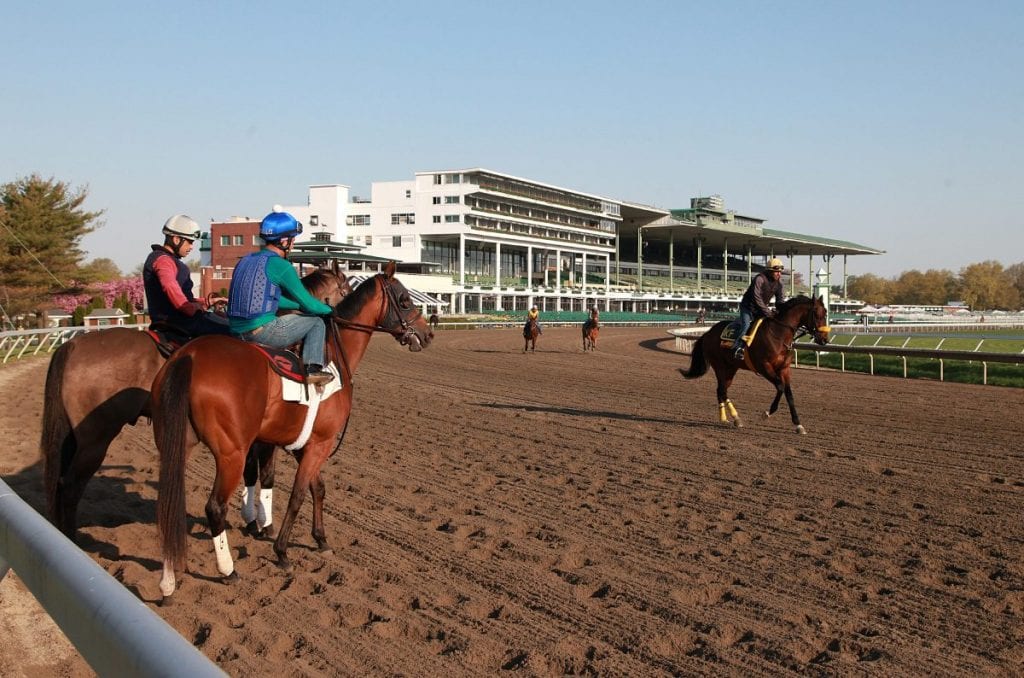 Dennis Drazin, the attorney who advises Darby Development LLC and the New Jersey Thoroughbred Horsemen’s Association that operate Monmouth Park, believes that the venerable facility will have a fruitful year in 2018, one that features more days in Oceanport and another six all-turf cards at the Meadowlands Racetrack.

But Drazin knows that the long-term future of Monmouth Park — and for that matter thoroughbred racing in the Garden State — rests on New Jersey finally getting the approval to offer sports betting at the race track in the coming year.

The United States Supreme Court agreed to hear New Jersey’s case in the ongoing battle to legalize sports betting in the state. Oral arguments were heard in early December, with a decision from the Supreme Court expected by the summer.

The struggle to legalize sports wagering in New Jersey has been going on for the better part of the last decade.

“If we’re successful with the sports betting case, it would mean a lot of additional revenue,” Drazin said.

Drazin is encouraged that New Jersey will have a new governor in the coming weeks, with Democrat Phil Murphy replacing the outgoing two-term Republican Gov. Chris Christie, who fought to eliminate the state subsidy from casino gambling that the track received in order to operate. The loss of that subsidy helped put Monmouth on a slippery slope that has seen the state’s number of live racing days and handle plummet.

“We’re entering into a new administration in Trenton and the climate should be very different,” Drazin said. “I believe having a supporter like Gov. Murphy will only change things in our favor. I think it will prove that we’re moving in the right direction.”

Drazin said that the new racing schedule will also help Monmouth Park. Beginning in 2018, Monmouth Park will open on Saturday, May 5, which is more readily known as Kentucky Derby Day.

Monmouth generally had its opener a week later.

“We feel offering a new schedule, opening on Derby Day, will only help us,” Drazin said. “Derby Day is a day that brings a festival atmosphere.”

The New Jersey Racing Commission granted approval to Monmouth Park for the early opening. Following the opening card, live racing will take place at Monmouth on Saturdays and Sundays in May with the addition of Memorial Day, Monday, May 28. That schedule will continue through the month of June.

There will be a holiday card on Wednesday, July 4, and after that day, and then live racing will be held at Monmouth Park on Fridays along with Saturdays and Sundays.

In August, Thursdays will be added to the schedule, so there will be live racing on Aug. 2, Aug. 9, Aug. 16 and Aug. 23, as well as Fridays, Saturdays and Sundays.

All told, Monmouth Park will offer live racing for 52 dates in 2018 through Sept. 14, when the action shifts north to East Rutherford for six turf programs at the Meadowlands Racetrack on Fridays and Saturdays through the end of September.

But the key to Monmouth’s success lies with securing sports wagering in the coming year. Monmouth already has a plan in place with William Hill, the largest sports book in the United Kingdom as well as Las Vegas.

“We’re partnered with William Hill to have a Las Vegas-style sports book,” Drazin said. “All of this will convert into more revenue to Monmouth Park. We’re trying to bring in the millennial. I’m feeling very positive about that. The future looks very rosy. We’re going to offer world class racing once again and maybe more.”

While the idea of Monmouth Park offering casino wagering and slot machines like tracks in Delaware, Pennsylvania and New York is not as realistic, Drazin is positive about sports betting being at his track in 2018.

“The slots are more unwilling to happen, but sports betting is a certainty,” Drazin said. “We’re cautiously optimistic that the (U.S.) Supreme Court will rule in our favor for sports betting. Slots and casino gambling are more difficult propositions. We would need a new referendum on the ballot. The first one was defeated. It’s not out of the question, it’s just that we’re looking at that in the long term. If it gets put on the ballot in 2018, then maybe we’ll see some sort of movement on that. “

Drazin said that Monmouth Park is moving forward in its attempts to turn the track into a concert venue “for about 20-to-30 events a year,” he said, as well as highlighting the park’s new Beer Garden and Blu Grotto restaurant.

“We’re trying to do a lot more,” Drazin said.

From a racing standpoint, Drazin said that Monmouth Park is looking into offering owner and trainer bonuses.

“That might lead to better field sizes,” Drazin said. “We’re looking at concepts that will lead to better racing, as well as a new racing secretary and stacking some stakes races on certain days.” 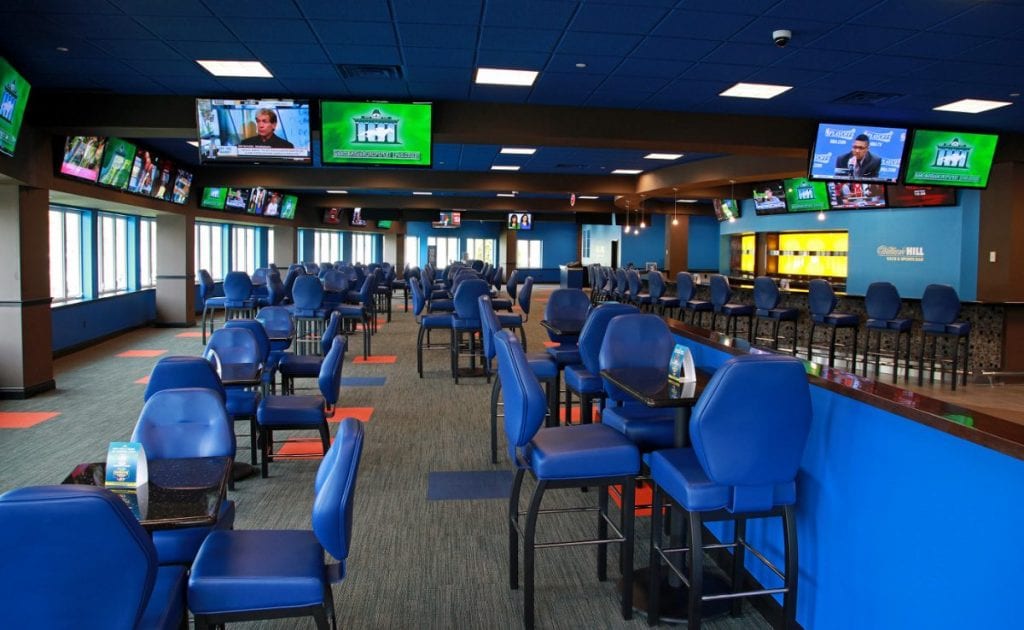 One challenging area is the New Jersey-bred horse population, which has long been a backbone for Monmouth’s racing product – and which has been declining for years.

“As we know, the Jersey-bred horses are dwindling,” Drazin said. “We’re trying to encourage breeders to stay here.”

Despite those efforts, however, some owners and trainers will not race at Monmouth Park in 2018.

Eddie Plesa, the veteran trainer and horse owner with his wife, Laurie, has sold his New Jersey home and will set up permanent residence in Florida, with his stable of horses being housed in Florida as well.

“I’ve been at Monmouth the last 10 years and I’m sad to leave,” Plesa said. “I love it so much. Monmouth Park is unfortunately facing the brunt of the challenges that the industry faces. I personally don’t know what the future holds there. It’s a simple problem. There aren’t enough horses to keep pace with the neighboring states. Without alternative gambling, it’s taken its toll on Monmouth Park. I think Monmouth Park offers something to the fabric of horse racing and there have been multi generations of families that have gone there. They just don’t have the money anymore.”

Plesa saddled eight winners, and 40 of his 75 mounts at Monmouth ran in the money for a total of $313,305 in purses last summer.

“The question remains whether Monmouth Park will be able to survive without alternative gambling,” Plesa said. “I just don’t see it happening. I truly hope it works for Monmouth Park. When I was leaving, I felt like it was a farewell tour. I talked to others who are also not coming back. I just don’t know what’s going to happen.”

“Eddie Plesa is a great guy and he’s like family to us,” Drazin said. “Eddie is trying to do what’s right for him. If we have higher purses, then it would attract others to stay. The other states that offer casino gambling have higher purses. Some of the other trainers are on the fence and are waiting to see what happens. But others will come. I guarantee it.”

While Plesa is moving his operations south, one Jersey boy isn’t going anywhere.

“I’d like to think things would change if we get sports gambling,” Breen said. “We have to find other forms of income to continue racing at Monmouth. Whether we can compete with those who have slots is another story. Our new governor (Murphy) has been to Monmouth Park, so that’s a positive.”

Added Breen, “I’ll keep Monmouth Park as my home. I live here. I hope it’s around for a very long time. I have just under 50 horses in the stables there. I ship all over, but to me, Monmouth Park is a great location. The Jersey Shore (Farmingdale) is my home. When you consider top trainers like Chad Brown and Todd Pletcher come here every year, then that’s a sign that the race track is good on horses. I’m proud to say I grew up in New Jersey. I love being around the Jersey vibe. I know we’ve been living on Band-Aids the last couple of years. We just need a little help.”

“Where else can you bring your entire family for $25?” Breen asked. “What other sporting event offers that? On any day, it’s an event. Monmouth Park is a gem.”

“I think Monmouth Park is very healthy,” Drazin said. “And the future is very rosy. I expect to have racing in New Jersey for many years to come.”