Reightler: A “balanced” consignment in an improving sale 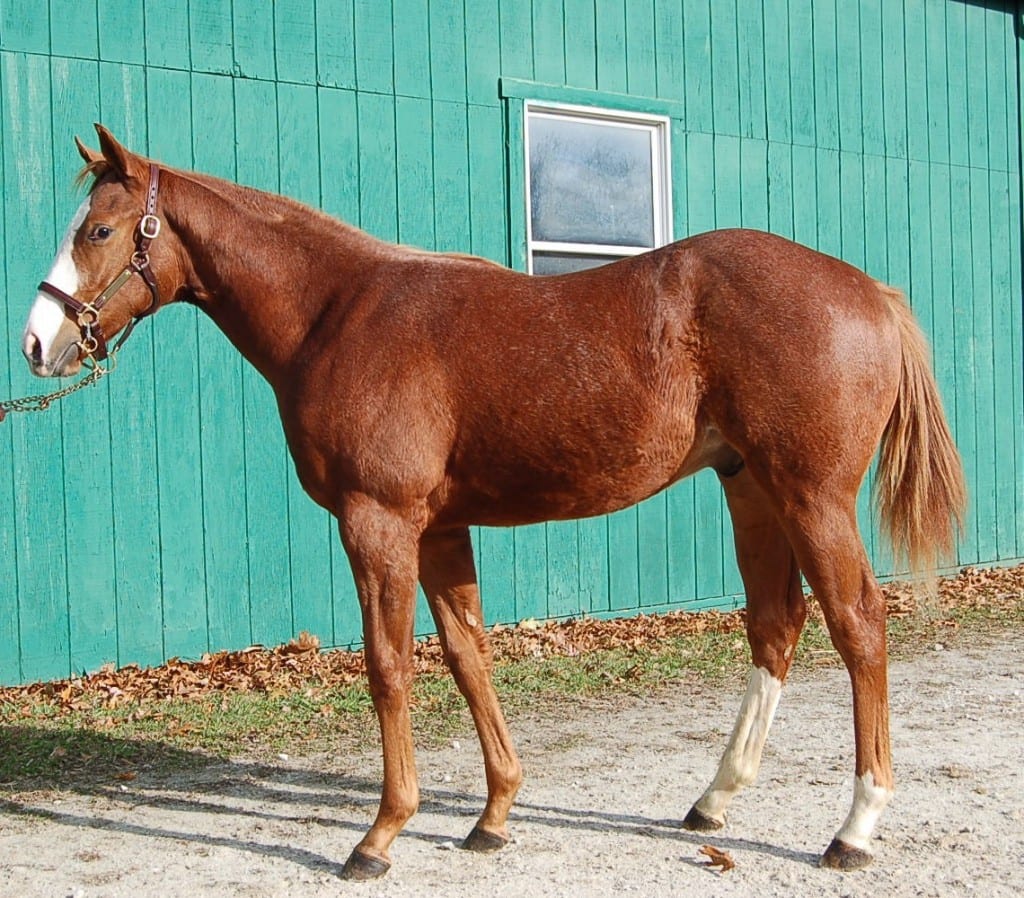 While we won’t know the results of the Fasig-Tipton Midlantic Mixed Sale until it takes place December 5, the sales company has to be pleased so far. The number of hips entered to date, 307, is about 30 percent higher than the 236 in the main catalog for this sale’s predecessor, this past January.

Weanlings are “always popular,” Reightler says and they, along with broodmares will hold the key to this sale. Along with the 102 weanlings scheduled to be offered for sale, there are 105 broodmares or broodmare prospects.

While Reightler says that mares generally are the toughest group to sell at a mixed sale, he’s optimistic that he’s offering some the market should take to.

She comes from an exceptional family. Her half-sister Octave was a multiple Grade 1 winner of more than $1.6 million. Three of her other half-sibs are also stakes horses, and one of those, Belle Cherie, has produced three stakes horses of her own.

“She’s a very attractive, correct mare with a deep pedigree,” Reightler points out.

Another mare that should attract some interest is Hip 92. M’Dearest, a winning daughter of Macho Uno, is being sold In foal to leading second crop sire Bodemeister. M’Dearest is a half to two stakes horses with plenty of other black type under the second dam.

And then there’s Hip 58, a mare with both regional and national elements of interest. Florid, a mare by Lemon Drop Kid, hails from a deep family well known to mid-Atlantic racing fans. Her third dam is Wild Applause, the multiple graded stakes winner who also was the dam of graded winners Eastern Echo, Yell, Roar, and Blare of Trumpets.

Florid is in foal to popular newcomer Mosler, the stake-winning son of War Front that Reightler describes as “big, well-balanced, and correct.” Mosler, standing at Country Life Farm, covered 102 mares in 2017.

For those looking for horses a little farther along the production line, Reightler has a number of weanlings in what he calls a “nicely balanced group.”

For instance, there’s hip 135, a Dialed In filly out of the winning Roman Ruler mare Will Do. Dialed In is currently fifth on the national second-crop sire list, and his offspring include the graded stakes winners Gunnevera and The Tabulator.

Reightler calls this filly “very typey, well balanced and with a strong body.”

Another with a young sire of national repute is Hip 195, a Daredevil filly named Out Ona Limb. She’s out of the winning Speightstown mare Music Town and comes from a family with plenty of black type in its background.

Daredevil, a son of More Than Ready standing at WinStar Farm, won the Grade 1 Champagne as a juvenile. His eldest offspring are weanlings, and they have hit the market well. His 14 weanlings to hit the sales ring to date have fetched an average price of more than $78,000.

There’s also a weanling sure to spur the memories of plenty of regional horsemen. Hip 182 is a weanling colt by Grade 1 winner Jack Milton, whose first offspring are weanlings this year. This guy is out of the Not for Love mare Love Me Twice; that makes him a half-brother to multiple stakes winners Action Andy ($673,000) and Phlash Phelps ($382,000), as well as two other six-figure earners.

Reightler is also high on a couple of his weanlings who have more local sires but physically “look the part.”

Hip 156, named Super Valentine, is a weanling colt by new sire Super Ninety Nine. Super Ninety Nine’s yearlings have averaged $20,000 so far this year – not bad for a newcomer in a regional market – and Reightler says this guy should turn some heads.

“This is a very, very nice colt,” he said. “I’ll challenge you to find a better-looking baby at the sale.”

In a similar vein is Hip 196, a colt by the late Maryland sire Seville and out of the stakes-winning Two Punch mare Now It Begins. It’s a family that includes Grade 1 winner Henny Hughes and two-time Maryland Million Classic winner Algar among others.

“This is one of the nicest Sevilles I’ve seen,” Reightler said. “He’s got a strong body with a lot of mass, lots of substance and a lot of quality, and he’s from a deep regional family.”

The mixed sale takes place December 5 in the sales pavilion at the Timonium fairgrounds. Sellers will be showing horses on Sunday, and the sale itself kicks off at 11:00 a.m. Tuesday. The Reightler consignment is in Barns I-J.