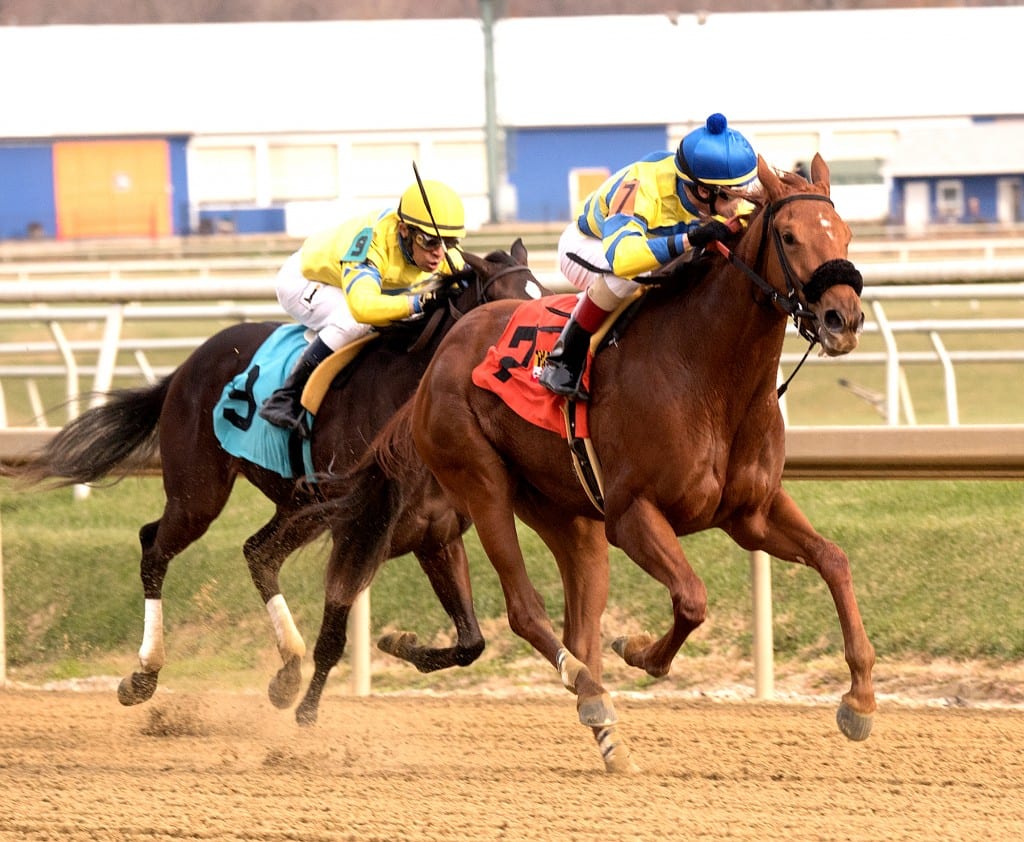 Lee R. Christian had a decision to make.

Christian, a graduate of Auburn University, could decide to attend his alma mater’s football showdown with arch-rival Alabama Saturday afternoon.

Or he could head to Laurel Park, where a horse he owns, Fanniebellefleming, was entered in the $50,000 Donna Freyer Stakes for two-year-old fillies that had spent at least 90 days in South Carolina prior to the end of June this year — a so-called South Carolina residency race.

Seeing that his horse was something of an outsider in the race — the Freedom Child filly was 15-1 on the morning line — Christian opted for the football game.

Whether he made the right call will depend on whether Auburn can uphold its part of the deal because, surprisingly enough, Fanniebellefleming did her part, outslugging favored Kapalua Starlight to win the Freyer by a shade over two lengths.

“I hope Auburn beats ’em now,” his trainer, Hamilton Smith, said after the race. “I know he’s excited about this.”

Running time for the six furlongs on a fast main track was 1:12.28. Kapalua Starlight held second, well clear of Dialin in third. Fanniebellefleming returned $23.20 to win as the longest shot in the field of six. The exacta was good for $91.20.

“She ran a game race, and to do that really makes me feel good about her going forward,” Smith said. “We just hope for the best for her.”

She began legging up for the racetrack at the Elloree Training Center owned by Franklin “Goree” Smith — Hamilton Smith’s brother — before heading up to Laurel for her racing career.

“My brother really thought a lot of her when he sent her up here,” Hamilton Smith said. “He said, ‘This one can run.'”

The results, however, did not immediately bear that out. Fanniebellefleming was up in the track in her debut, in a maiden special weight test. Dropped into $25,000 claiming company, she responded with a seven-length victory.

Not, however, without some anxious moments.

“My brother was more (nervous) than I was,” said Hamilton Smith. “As soon as the race was over, the first thing he did was call me to find out if we lost her.”

They hadn’t, but her next three races made that seem less of a good thing. She didn’t finish better than fifth in any of them.

“She’s a little timid between horses,” the trainer said. “When she’s free like she was today, she can run.”

Fannniebellefleming now has two wins from six career starts, and the winner’s share pushed her earnings to $54,117. Smith said that next month’s Maryland Juvenile Filly Championship may be on her agenda.

“She’s going to be a better filly as she matures and gets a little older,” he said. “She may go a little farther, too. She acts like that.”

Now it’s up to Auburn’s Tigers to do their job.

NOTES Maiden-no-more Whirlin Curlin blew up the toteboard with a win, at almost 24-1, in the $50,000 Christopher Elser Memorial Stakes, the boys’ version of the Donna Freyer. The Gary Capuano trainee paid $49.80 to win and gave Jevian Toledo his third win on the day. Jumpmaster was second, and favored Hidden Funds could do no better than fourth.