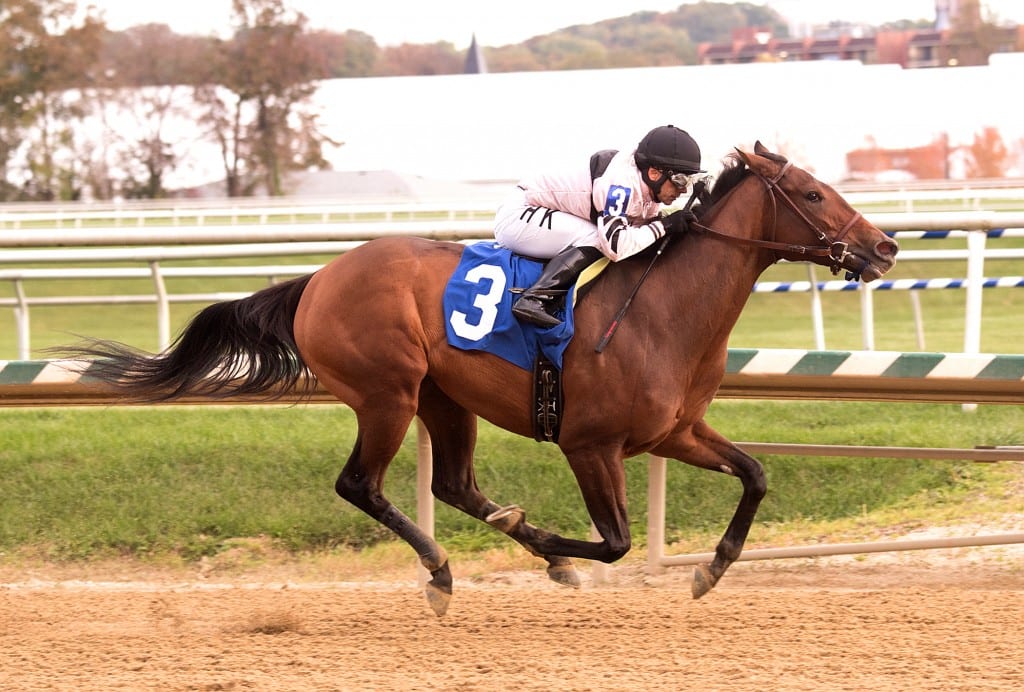 Bloody Point, who drew away from her rivals in upper stretch while racing greenly, is trained by Arnaud Delacour and is out of the mare Mona de Momma, winner of the 2010 Humana Distaff (G1) and 2011 Santa Maria (G2).

“She broke good out of the gate,” said jockey Horacio Karamanos. “I think she can improve a lot.”

In today’s race, Bloody Point broke alertly and quickly assumed second place, outside and a couple of lengths behind early leader Hopefully. Hopefully still held a narrow lead, but Bloody Point was just a head behind after a half-mile in 46.56 seconds.

She took command shortly thereafter, and while she was fully extended, none of the closers could make much impact. She crossed the wire 2 1/2 lengths in front.