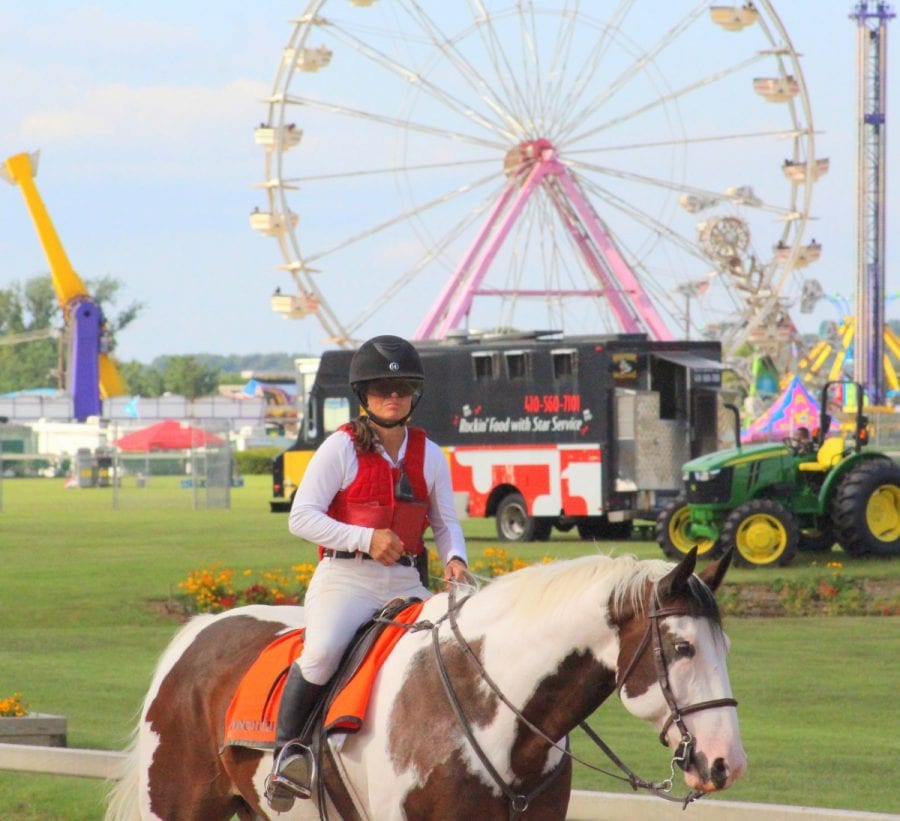 Dakota and Kaymarie Kriedel at Timonium. Photo by Dottie Miller.

The first stakes race at Timonium since 2008 has drawn a robust corps of nominees.

Now the next step: turning nominations into entries.

The first running of the Coalition Stakes, a 6 1/2 furlong test for three-year-olds and up, has attracted 43 nominations and is scheduled to take place Saturday, August 26.

“This year, horsemen are running for ‘real Maryland money’ at our race meet,” said Bill Reightler, Race Meet Coordinator and board member of the Maryland State Fair and Agricultural Society, in a release. “Our purses are running very close to parity with Laurel Park’s purses, with a 16 percent increase over 2016. The purses and the value of the stakes race are the highest we have had in our 137-year history.”

By far the most accomplished runner nominated to the Coalition is four-year-old Mind Your Biscuits. The Chad Summers trainee’s wins include a pair of Grade or Group 1 events — the Dubai Golden Shaheen and the Malibu — and a pair of Grade 2 races, the Amsterdam and the Belmont Sprint Championship. The Posse colt has won nine of 19 races in his career and earned over $2.2 million.

Another nominee with graded stakes credentials — though perhaps one more likely to post — is Always Sunshine. The Parx-based Ned Allard trainee won the 2016 Maryland Sprint Handicap.

A couple of popular locals perhaps looking to make their first starts of 2017 also are nominated to the race. Greatbullsoffire ran away from the field in the December 10 Maryland Juvenile Futurity, winning off by six lengths for the fourth victory, third in stakes company, of his juvenile campaign. But the Bullsbay colt, trained by Hamilton Smith, has not raced since.

John Jones, for trainer Lacey Gaudet, won five times, twice in stakes, after being claimed for $25,000. He finished 2016 with a five-length win in the one-mile Jennings for Maryland-breds December 31. Like Greatbullsoffire, however, John Jones has not yet started in 2017.

The first day of the Timonium meet, which features seven days of live racing in a 10-day period concluding Labor Day, is Friday, August 25. Entries for the Coalition Stakes will be drawn August 23.

NOTABLE The most recent stakes race held at Timonium took place September 1, 2008, when favored Five Steps rallied from last to win the $50,000 Taking Risks Stakes before a crowd of 3,820. Five Steps was trained by Chris Grove for owner-breeder William R. Harris.