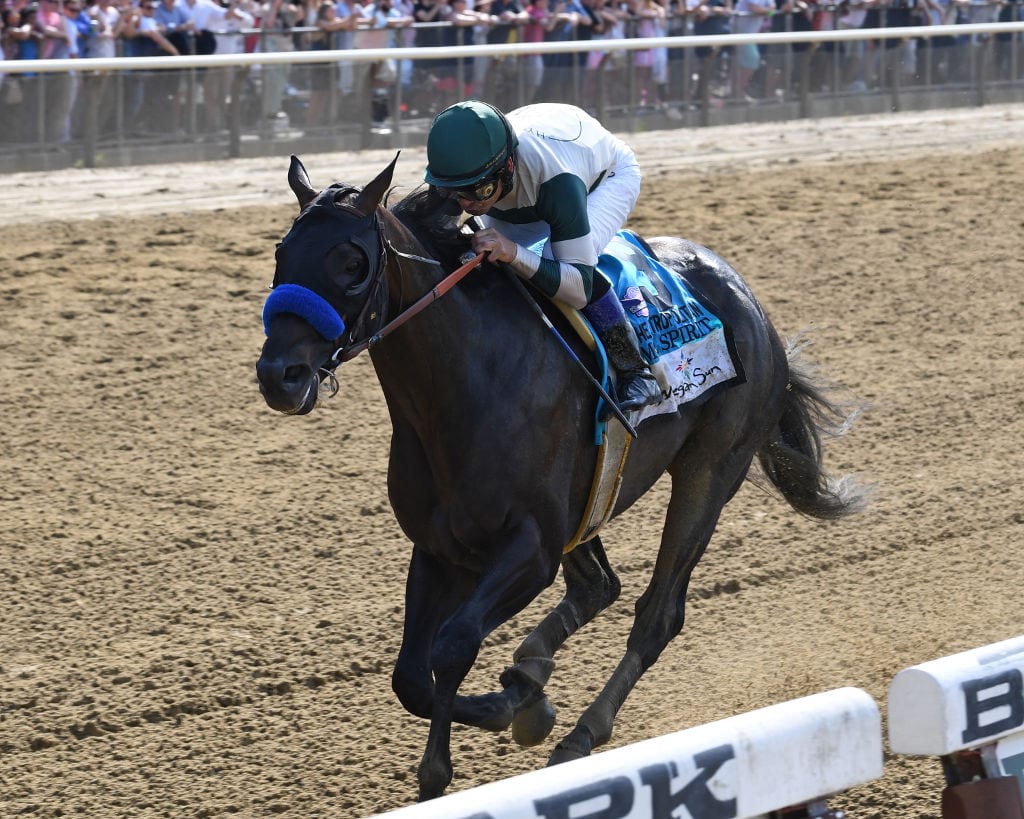 And that means that Pennsylvania-bred Mor Spirit and New Jersey-bred Irish War Cry remain atop the older horse and three-year-old polls, respectively.

Mor Spirit retained the top spot — narrowly — after a month in which he was idle. The son of Eskendereya’s last outing came in June, when he crushed the field in the Grade 1 Metropolitan Handicap. He has not raced since, and though he’s showing several works in the interim, trainer Bob Baffert has said the star isn’t showing quite the energy he’d like to see.

Mor Spirit’s nearest challenger, Virginia-bred Stellar Wind, did what she could to close the gap. The Curlin mare won the Grade 1 Clement L. Hirsch at Del Mar narrowly on July 30 to give her three Grade 1 wins from three starts this year.

Irish War Cry remained atop the three-year-old list although he was a well-beaten fourth in his lone start during July, in the Grade 1 Haskell Invitational at Monmouth Park. That’s because the multiple Grade 2 winner’s toughest competition, Pennsylvania-bred Unique Bella, hasn’t raced or recorded a work since March.

The list of sophomores does have one newcomer. That’s West Virginia-bred Moonlit Song. The daughter of Fiber Sonde, out of the Parker’s Storm Cat mare Malibu Kitten, has won five of seven starts this season, including scores in the It’s Binn Too Long Stakes and the Fancy Buckles Stakes, both at her home track of Charles Town. She was bred by Tim and Judy Grams and is trained by him for their Grams Racing Stable.

The other sophs on the list are Pennsylvania-bred Fast and Accurate, who ran third in the state-bred Crowd Pleaser Stakes at Parx Racing July 22; and Maryland-bred Bonus Points, who was second in the state-bred Caveat Stakes July 15 at Laurel Park and most recently was ninth in the Grade 2 Hall of Fame at Saratoga August 4.

Of the 10 horses on the twin lists, four were bred in Pennsylvania, and three were bred in New Jersey. There was one each bred in Maryland, Virginia, and West Virginia. Six are males, and four are females.