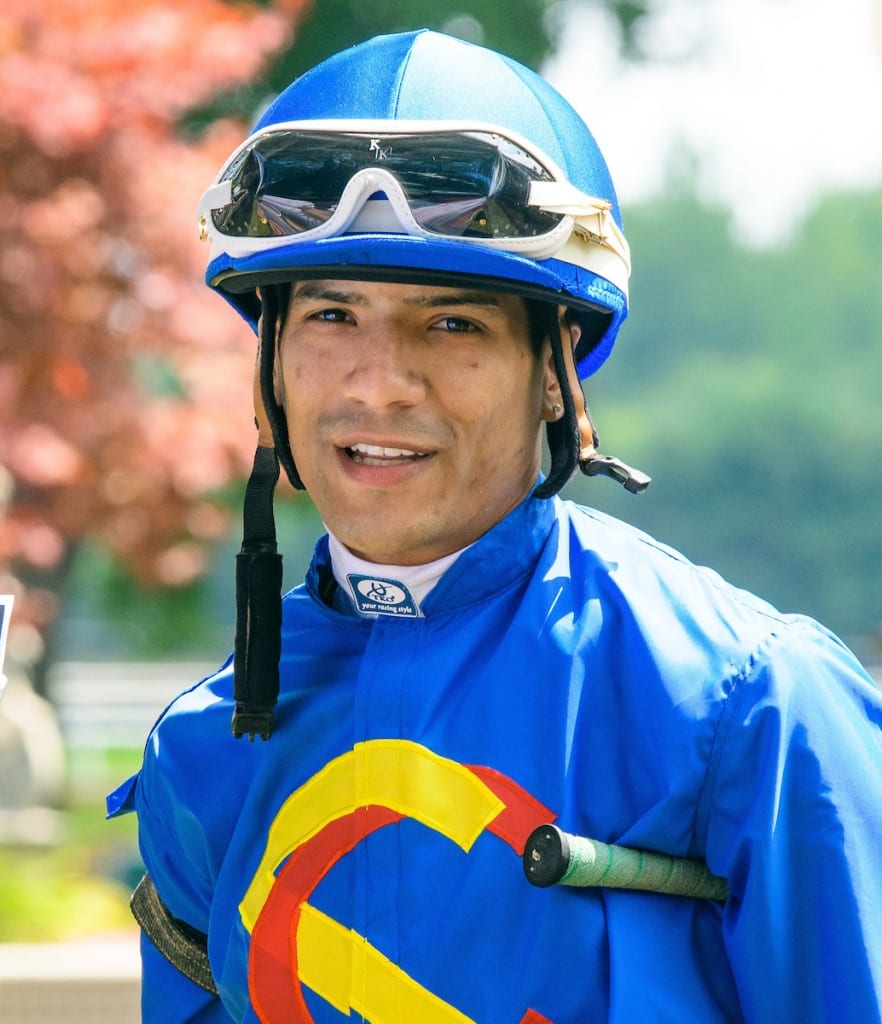 Moving to a new race track or racing circuit is no easy task for a jockey, but veteran race trackers have a simple explanation for why some jockeys succeed in such a situation while others struggle.

“He (or she) makes things happen!”

If one goes back and reviews jockey Edwin Gonzalez’ career, it’s clear the 25-year-old native of Puerto Rico is definitely the kind of rider that makes things happen.

Gonzalez is riding on a regular basis at Delaware Park for the first time this season and two months into the season has made quite an impression on local horseman and horseplayers alike. Through August 4, Gonzalez is tied for fourth in the rider’s standings with 15 victories and is the top-earning rider with $491,000 in purses.

His strong showing at Delaware Park follows an equally impressive winter at Tampa Bay Downs where he won 86 races at the meeting to wind up second behind leading rider Daniel Centeno, an established power at that track who won his sixth riding title this season. Veteran observers will tell you it’s a big accomplishment for a jockey to just finish in the top 10 in the rider’s standings at a new track.

But exceeding expectations seems to be something Gonzalez specializes in doing.

The rider began his career at El Commandante Race Track in San Juan, Puerto Rico. In his first full year of competition, Gonzalez won a staggering 170 races and his mounts earned $1.1 million in purses. He won almost 400 races (391) in his first three years competing at El Commandante, and it was obvious the jockey could have stayed in Puerto Rico and carved out a very nice career.

But accepting the status quo isn’t something Gonzalez is interested in doing. In 2013 the rider made the decision to move to the U.S. He researched different tracks and circuits, made some contacts, and in August of that year he moved to Penn National. While his win totals weren’t as gaudy as those in his native land, he still didn’t do badly while learning the finer points of riding, American-style. His mounts won more than $1.2 million in earnings in both 2014 and 2015. Last year he had a career season, winning 144 races, with his mounts earning nearly $2.5 million.

This year he’s on pace to better those numbers.

Recently the rider spoke about his decision to come to this country and what it took to acclimate his riding style to be successful here.

“I always felt I could compete in this country and in 2013, after talking to some people, I decided to make the move. We got here in the summer and I’ll admit it took a while for things to get rolling,” the rider said. “The competition level here (in the U.S.) is higher, the riders are better, and let’s face it, this is a business. They (the riders) aren’t going to go out of their way to help you be more successful. Eventually I made some friends and I also watched, asked questions, and made adjustments to my riding style. It took a while but in time I felt more comfortable and more confident and transmitting that confidence to your mounts during a race is critical to being successful.”

Gonzalez is on track to have his best season ever in 2017. He has won 110 races already, his mounts have earned just shy of $2.2 million, and he won his first graded race in the mainland U.S. when he guided Ghost Hunter to victory in the Grade 3 American Handicap at Arlington. He and Ghost Hunter are slated to race in the Arlington Million on August 12.

The rider hired well known jockey’s agent Mark Mace early in the meeting, and the partnership is doing well. Mace, who has handled such riders as Ramon Dominguez, Rosie Napravnik and Jeremy Rose, says Gonzalez has a solid work ethic. He adds, “The kid makes things happen during a race. He puts horses in position to win, he’s strong, and he has a tremendous drive to succeed.”

And he understands there’s no substitute for hard work. The day the writer interviewed Gonzales the rider had just completed riding at Delaware Park and was on his way to Penn National to ride on the evening card.

And all this while his wife, Karina Morales, was preparing to give birth to the couple’s first child (They have a stepson) the next day.

POSTSCRIPT On August 5, at 5:15 a.m., Karina gave birth to a daughter, Marcella Isabella Gonzalez Morales, who weighed in at eight pounds one ounce. 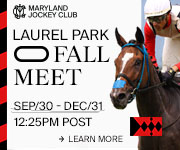