Opinion: The sooner Pimlico decisions are made, the better 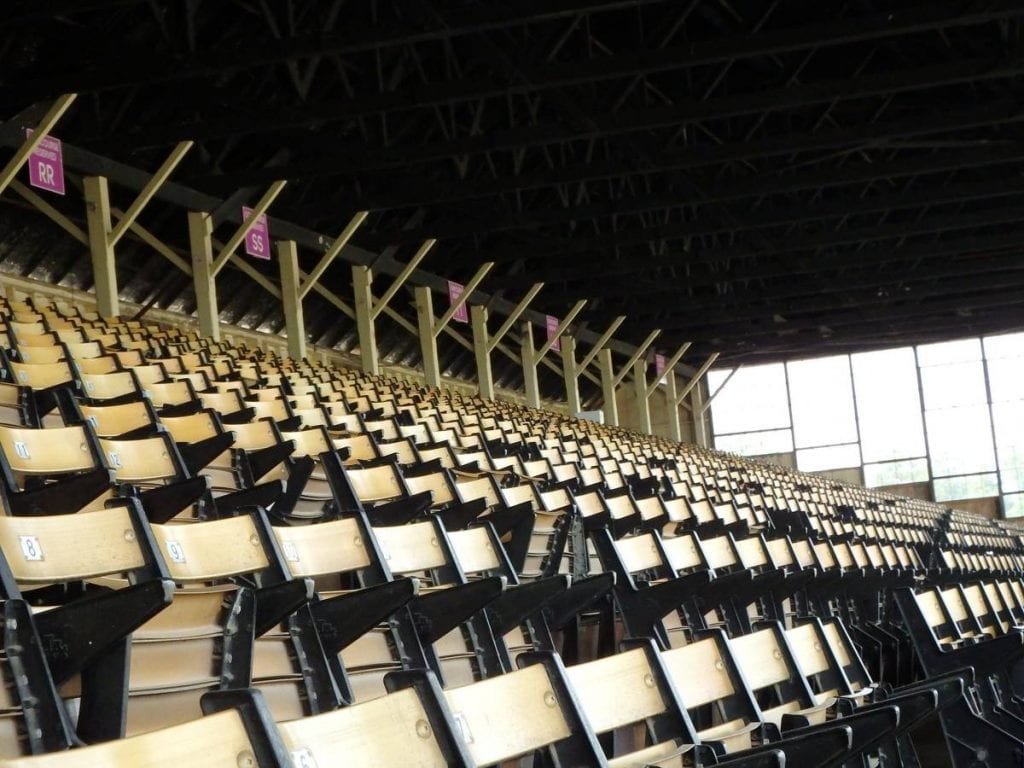 The day’s pale light couldn’t do much to illuminate the end of the old grandstand. Far down the Pimlico stretch Monday, just three people were sitting in the third division, musing over the last few races of the truncated Old Hilltop meet.

Wagering on the day’s card was robust – a shade over $3 million on the nine-race program – but down here, down where the shiny gold seats belied the rickety condition of the old structure, it seemed like a sleepy summer day.

And, as the trio of flags – U.S., Maryland, Preakness – whipped in the wind, it felt like a time of endings. Later, a friend would say he’d snapped a picture of the winner of the nightcap – Bluegrass Rye, for the record – just in case that ended up being the final race at the old track.

The decision about Pimlico’s future is no longer – if it ever was – a business or economic decision, it’s a political one. Of course, the ship of state turns slowly, when it moves at all. And so: between now and the end of Pimlico – or its revitalization – lies a formidable gantlet of studies, negotiation, and legislation still to be navigated.

To whatever extent it may matter, the just-ended Preakness meet made the best case for Pimlico it could. The Maryland Jockey Club announced record crowds for both Black-Eyed Susan day and Preakness day, and while those numbers generated widespread skepticism, they don’t exactly support the notion that the neighborhood scares people away.

And yet, it also made that case’s converse.

When it rained outside on opening weekend or on Black-Eyed Susan day – and it rained plenty during those times – it also rained inside in many spots in the facility. Increasingly Pimlico’s threadbare look stands in stark contrast to the improving facility down the road at Laurel Park.

And even on Preakness day, the track’s day of great triumph, Maryland Jockey Club officials held a meeting with Breeders’ Cup poohbahs – to discuss holding a Breeders’ Cup at Laurel.

These days Pimlico increasingly is stuck in a rocky position: owned by a company that’s decided for legitimate business reasons that its future is elsewhere, but held in place by political interests that would like to keep the Preakness there.

The result: an uncomfortable limbo for the old track, and for racing.

Everyone agrees that the Preakness should take place in a first-class venue, and even Pimlico’s staunchest allies recognize that the facility needs a massive overhaul to return to being one. But the MJC would rather put its money towards Laurel, and it’s hard to imagine the city and state – both of which are cash-strapped and have significant other needs — coming up with the more than $300 million it’ll take to turn Old Hilltop into a showplace.

And yet, that tricky limbo may continue for a while. The two-pronged study undertaken by the Maryland Stadium Authority is still some, perhaps many, months from completion. The Governor, Larry Hogan (R), probably would be just as happy to avoid the tricky question of Old Hilltop’s future until after the election of 2018, when he is expected to stand for reelection.

Yet, the status quo is untenable, and that’s exacerbated by the “will they or won’t they?” uncertainty of the situation. The can’s been kicked down the road so many times, for so many years, that it may be kicked out.

Here’s a plea for those decisions – whatever they turn out to be – to get fast-tracked. Of course it will take time, once decisions are made, for Pimlico to be rebuilt (or Laurel to be made Preakness-ready). But the quicker the decision gets made, the sooner the industry can move forward – and the better it will be for racing.