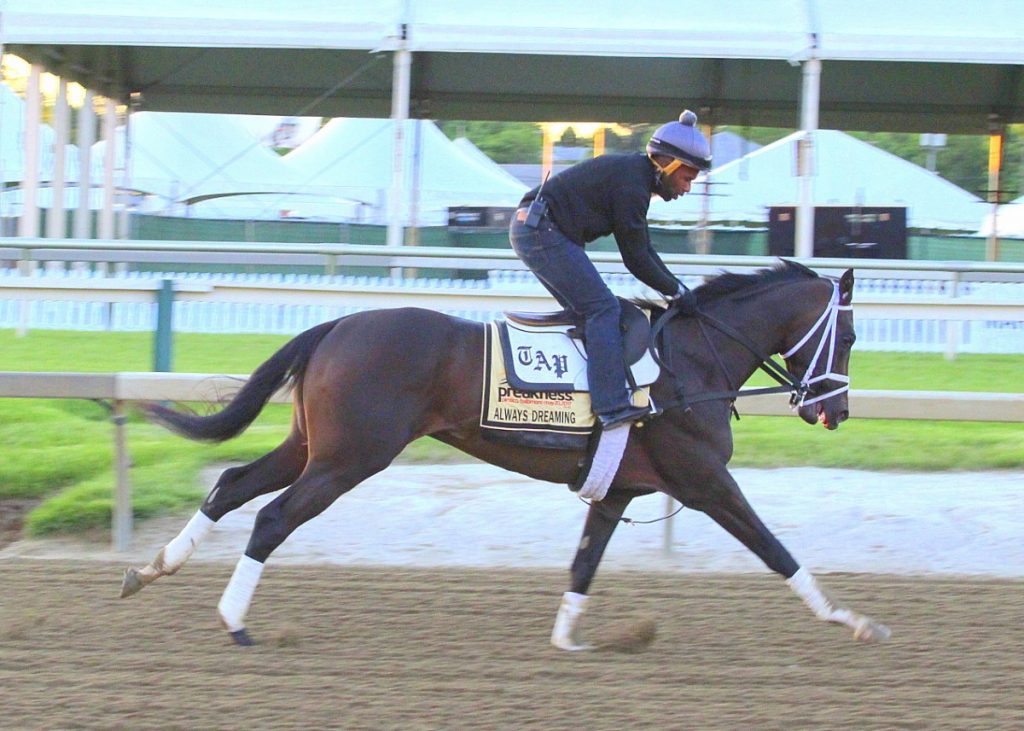 Kentucky Derby champion Always Dreaming will break from the fourth post position and has been installed as the 4-5 favorite for Saturday’s 142nd running of the Grade 1 Preakness Stakes at Pimlico Race Course.

Always Dreaming, the post time favorite in the Derby, powered to a nearly-three-length victory in Louisville and thus became the fifth consecutive Derby favorite to wear the blanket of roses.

“I wasn’t overly concerned about where we drew,” said Todd Pletcher, who trains Always Dreaming. “He was 4 in the Florida Derby, 5 in the Kentucky Derby. He’s generally a very alert horse away from the gate. He’s a good horse standing in the gate.”

Eight times since 1991, the Kentucky Derby post-time favorite has won the run for the roses. All eight were also favored in the Preakness, with seven of them going off at odds-on.

Classic Empire, the Derby morning line favorite who had a troubled trip en route to a fourth-place finish, is the 3-1 second choice. Coincidentally, he will break from the five-hole, immediately to his top rival’s outside.

“I would imagine that Classic Empire is going to keep an eye on where we are,” Pletcher said. “The first and second choices are side by side.”

They are not only the top two morning line choices; they are also the only two in the 10-horse field lined at less than 10-1 by Maryland Jockey Club linemaker Keith Feustle.

Lookin At Lee, the Derby runner-up who closed stoutly, drew the nine-post. The Steve Asmussen trainee is 10-1 on the morning line. Asmussen also trains Hence, who ran up the track in Kentucky and is 20-1 on the Preakness morning line and breaking from post three.

“Lookin At Lee, being the [Derby] runner-up, great race, great ride by Corey Lanerie,” said Asmussen’s assistant, Scott Blasi. “He’s proven he belongs with these. He had a troubled trip in the Arkansas Derby or things might have gone a little different there. That being said, he brings his game every time. He’s a blue-collar horse and probably easy to overlook, but not for us.”