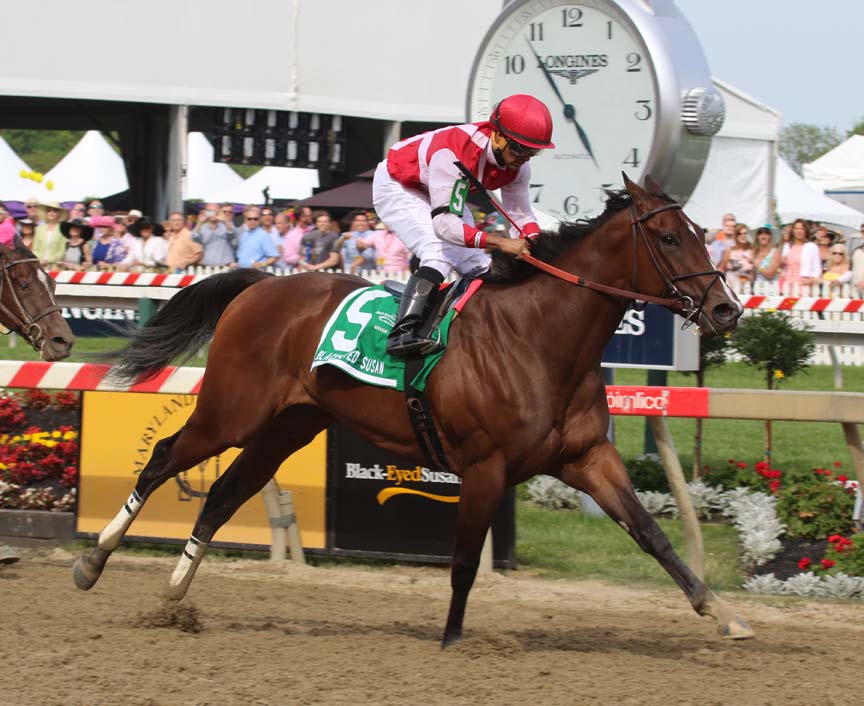 Assuming the weather forecasters are right — always a dicey proposition — Friday’s Black-Eyed Susan day at Pimlico should be gorgeous: sunny and warm, with highs in the 80s.

And the betting shouldn’t be too bad, either. Full fields abound in the 14-race card, which has a first post time of 11:30 a.m.

The card features four graded stakes and three additional added money races, as well as a bunch of allowance and maiden contests. Four of the 14 races have also-eligible horses, and five others have at least 10 runners entered.

The Black-Eyed Susan, a $250,000 test for three-year-old fillies going 1 1/8 miles on the main track, has drawn an intriguing group of up-and-comers and established runners looking for a bounce-back effort. Emblematic of the latter group is Dancing Rags, the Graham Motion trainee who took last year’s Grade 1 Darley Alcibiades at Keeneland.

Dancing Rags’s season debut came last month at the same track in the Grade 3 Beaumont, where she finished sixth after a rugged trip. Trevor McCarthy is named to ride.

Multiple Grade 1 winner Shaman Ghost, trained by Jimmy Jerkens, figures to be the star of the Pimlico Special, but his presence hasn’t scared many off. He’ll be joined by nine rivals when he faces the starter on Friday.

That roster includes last year’s Special winner, Noble Bird. The Mark Cassee trainee hasn’t finished better than sixth in three 2017 starts, all in graded company. But he is a multiple graded stakes winner of $1,327,945 in his career. Julien Leparoux will ride.

Another graded stakes winner in the Special is Eagle, trained by Neil Howard. Eagle has a single graded win in his career, in the Grade 3 Ben Ali at Keeneland. But the son of Candy Ride has placed in six additional graded stakes, including the G1 Stephen Foster at Churchill Downs.  John Velazquez is named aboard Eagle.