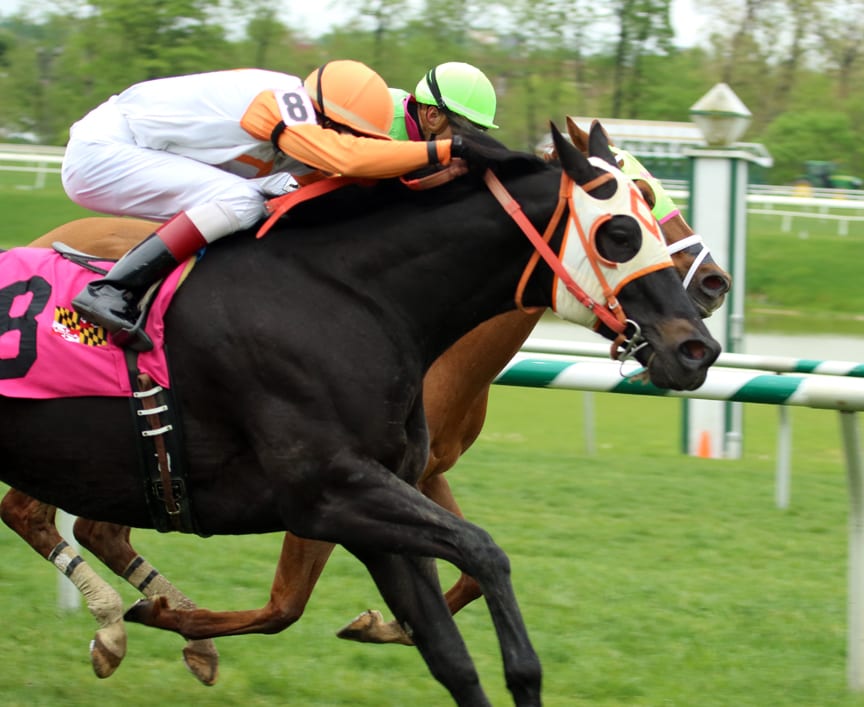 Popular Maryland-bred multi-millionaire Ben’s Cat will have to end one streak to continue another as the 11-year-old gelding seeks his fifth straight victory in Friday’s $100,000 Maker’s Mark Jim McKay Turf Sprint at historic Pimlico Race Course.

The 12th running of Jim McKay for 3-year-olds and up at five furlongs on the grass is one of seven stakes, four graded, worth $1.15 million in purses on a 14-race Black-Eyed Susan Day program that includes the $100,000 Hilltop, also on turf, and $100,000 Skipat at six furlongs on dirt, both for females 3 and up.

Black-Eyed Susan Day also marks the return the Ultimate Girls Day Out, an entire afternoon dedicated to the spirit and strength of women. First race post time is 11:30 a.m.

Bred, owned and trained by Hall of Fame horseman King Leatherbury, Ben’s Cat has lost a career-high six straight races dating back to his neck triumph in last year’s Jim McKay, a race he has won five of the last six years. Previously, he had never lost more than three consecutive starts.

The storied career of Ben’s Cat includes 32 wins from 61 starts and 26 stakes victories, four of them in Grade 3 company, with a lifetime bankroll topping $2.6 million. Fifteen wins and more than $1.5 million have come at the McKay distance on a Pimlico course where he has won seven of 10 career starts.

“He’s a racehorse. He’s sound. There’s no reason why he shouldn’t run, unless he’s just getting beaten too badly,” Laurel Park-based Leatherbury said. “How can I pass up a race that he’s won five out of six times? You have to run just because he belongs in the race. It’d be a very pleasant surprise if he won it, but you never can tell.”

Ben’s Cat returned from his annual winter vacation to run fifth, beaten less than a length, in an open 5 ½-furlong allowance on Laurel’s world-class turf course April 16. He drew the rail and found himself in tight quarters until deep stretch, and was unable to utilize his late kick.

“He came out of the last race good. I wasn’t satisfied with the race because the one post hurt us. We couldn’t get out to make a move. He had to sit there so long and were able to make a move at the end, but it was too late,” Leatherbury said. “It wasn’t the horses that I was worried about as much as the trip. We should have beat those kind of horses, so I was disappointed we didn’t. Now we’ll go on to the race. It’ll be very difficult because he’s not supposed to win this all the time.”

Jockey Trevor McCarthy, who took over as Ben’s Cat’s regular rider last year and won his 1,000th career race May 13 at Monmouth Park, will be aboard from Post 5 at 118 pounds.

Ben’s Cat will have to contend with an overflow field of 16 entered including South Florida-based stakes-winning speedball Pay Any Price, trained by Ralph Ziadie. He will run in the name of Tampa-based trainer Gerald Bennett, in town to run R Angel Katelyn in the $150,000 Adena Springs Miss Preakness (G3) Friday.

“I thought it was a pretty good race that he ran [in the Silks Run]. I didn’t expect him to set the track record but I wasn’t surprised with the way he ran. I was expecting him to run a good race,” Ziadie said. “We’re hoping to win, let’s put it that way. He’s been doing pretty good. A big field shouldn’t affect him too much, hopefully. He’s pretty quick.”

Edgard Zayas ships in from Florida to ride Pay Any Price from Post 4 at 118 pounds.