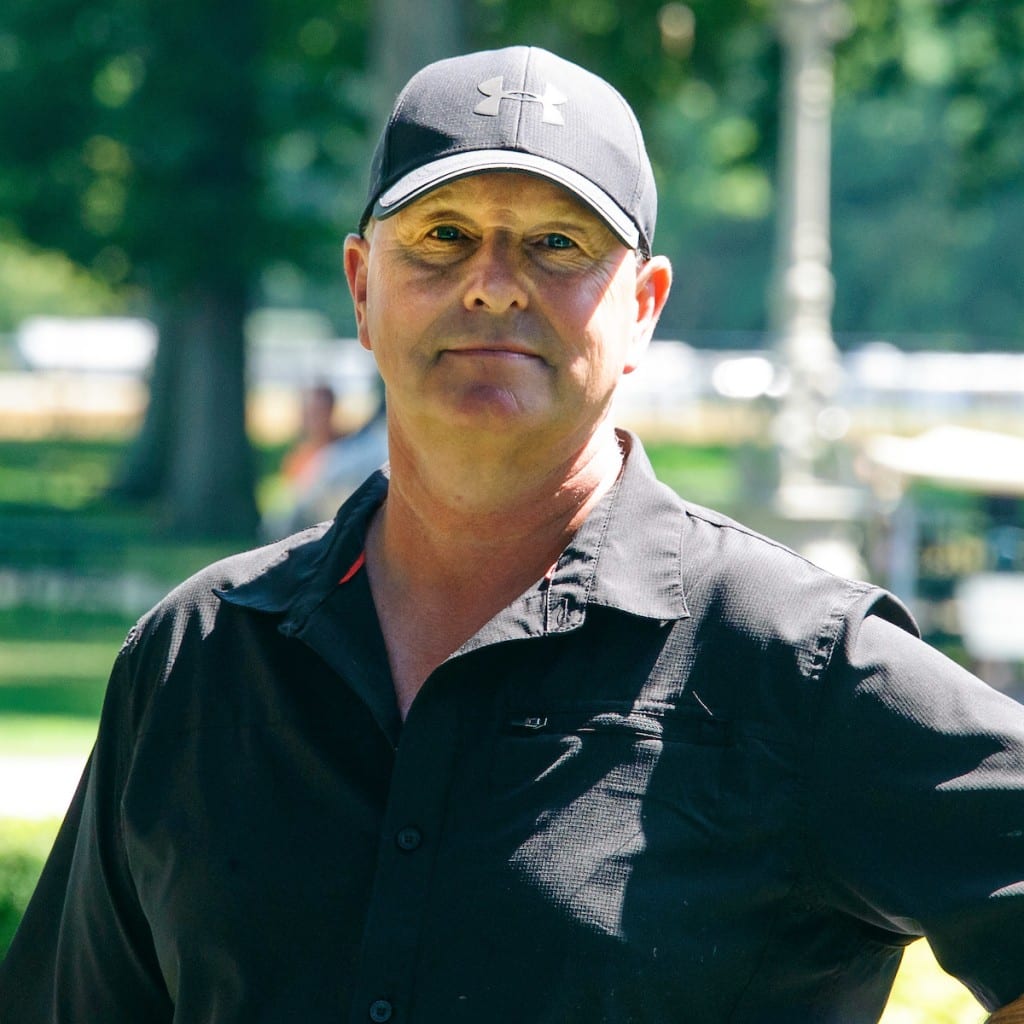 After a successful meet in his first full season at Delaware Park in 2016, trainer Keith Nations is excited for the return of live racing at the Stanton-oval on June 3rd.

“We are coming back again with same number of horses – probably in the neighborhood of 40,” said trainer Keith Nations. “We have kind of a blue-collar stable. We are not loaded with the very high-end kind of horses, but we have a lot of really good hard-hitting, honest horses that can get the job done.”

“Last year, we had a really good meet and we are hoping to build success from that,” Nations said. “We are hoping to have a little better horses than we had last year and we are pretty excited about trying to do more of the same, especially with our 2-year-olds.”

After enjoying success in northern California, the 55-year-old native of Sylva, North Carolina decided to relocate his operation to the mid-Atlantic in 2013. He and his wife Cheryl, a former vice president of marketing at the University of Washington, have settled into spending summers in Delaware and winters on the gulf coast of south Florida.

“We plan on doing the Delaware/Tampa circuit for many years to come,” Nations said, who saddled his first winner at Emerald Downs in Washington in 1991. “We love the Delaware area. We are looking to buy a home in the area and that is where we want to spend our summers. We love the facility and we love the people. We really made some good friends at Delaware. You like being at your barn and like going to the races. A lot of it is the people. There are just really good people at Delaware they are very genuine. As much as I love it here [Tampa], I am looking forward to getting back there. We are still going to have a barn at Parx and we might do a little Laurel just to keep some flexibility, but Delaware is pretty much our summer base.”

While Nations’ barn may be getting younger, he will still have plenty of names on the track that horse players will remember.

One of those veterans is Nations’ Racing Stable’s Martini Glass. Last year, Martini Glass claimed the Kentucky-bred for $16,000 in her career debut at Tampa Bay Downs. Since then, she has notched six wins and a third from 12 starts. At Delaware Park, the 4-year-old daughter of Kitalpha posted a victory in a starter allowance last season.

“We are looking forward to running Martini Glass at Delaware Park,” he said. “After the Delaware Park meet was over last fall, we gave her a break and since we brought her back she has been phenomenal. She trains great, she breezes great and she has been running really well, so we are pretty excited about her this year. We will probably point her toward the Obeah stakes on June 10th and will just go from there and see how she does. She still has some of her allowance conditions and she is eligible for the starter allowances, so she is one I think we will have a lot of fun with this summer.”

Another horse of Nations to keep an eye is HnR Nothhaft Horse Racing’s Mister Nofty. The 4-year-old son of Scat Daddy has not had a race in yet in 2017. Last year, he posted a record of four wins, a second and a third from eight starts including a victory in the Grover Delp Memorial Stakes at Delaware Park.

“We are going to have Mister Nofty up and rolling in time for the Delaware Park meet,” Nations said. “He is a Pennsylvania-bred, so we will probably race him in some restricted races at Parx and Penn, but we are also going to run him at Delaware. He likes the course at Delaware and won a stake last year.”