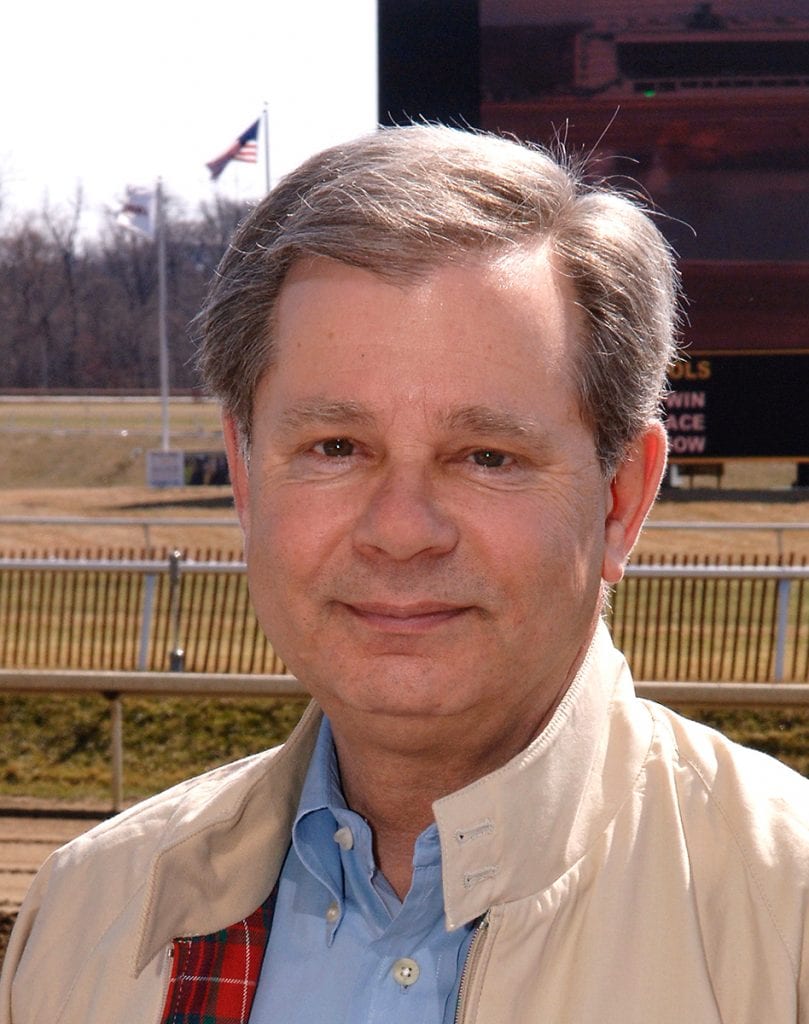 Longtime track photographer Jim McCue, whose career includes documenting four Triple Crown champions, has been selected to receive the 2017 Special Award of Merit, given by the Maryland Jockey Club to those who have made a positive impact on the racing industry.

McCue, in his 48th year as an official photographer at all Maryland tracks, will be presented with the Award of Merit Thursday, May 18 during the traditional Alibi Breakfast at historic Pimlico Race Course.

A native of Brookline, Mass. who grew up in Pennsylvania, the 70-year-old McCue was introduced to racing by his father, Vincent, who owned and raced horses at Laurel, Pimlico, Bowie and Charles Town in the 1960s.

McCue discovered his love and talent for photography while serving with the U.S. Army in Vietnam, graduating from the Army’s photography school in Fort Monmouth, N.J. and serving for a time as an instructor there before becoming assistant to late Maryland track photographer Jerry Frutkoff in 1970.

The two worked together for 33 years until Frutkoff passed away in August 2003 at the age of 81. The Jerry Frutkoff Preakness Photography Award has been presented annually since 2002 to the photographer of the best Preakness picture from the previous year. McCue earned the Frutkoff Award in 2007.

McCue’s job has allowed him to witness the last four horses to sweep the Kentucky Derby, Preakness and Belmont Stakes – Secretariat (1973), Seattle Slew (1977), Affirmed (1978) and American Pharoah (2015). He lists Secretariat as his all-time favorite horse.

The Alibi Breakfast, which began in the 1930s on the porch of the historical Pimlico Clubhouse, features a gathering of media, owners, trainers, jockeys, horsemen and fans to celebrate the Preakness, and solicit interesting race predictions.