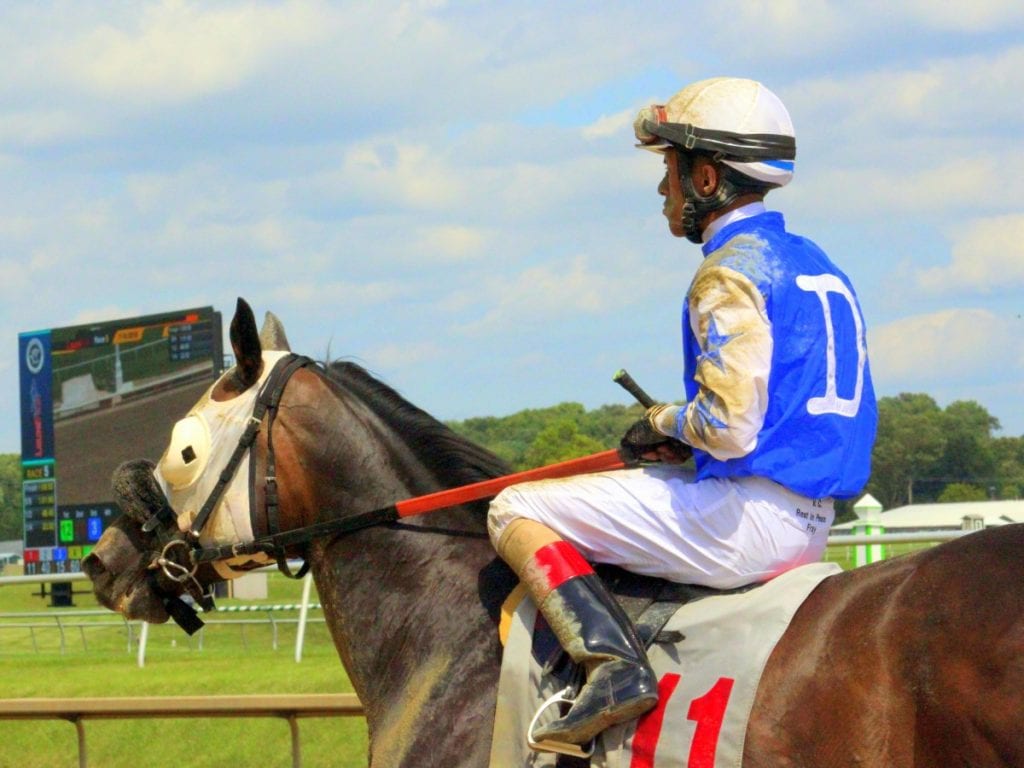 Maryland racing is on to Old Hilltop.

And for jockey Victor Carrasco, that means it’s back to business as usual — at last.

Carrasco is named to ride four horses on Thursday’s opening day card at Pimlico, and he’ll be on three more Friday at the same track.

It’s a remarkably quick comeback for Carrasco, who fractured his scapula in a spill in early April when a horse he was riding broke down. At that time, Carrasco tweeted that he would be out eight to 12 weeks, and his agent Tom Stift said that he expected an eight-week absence.

In fact, Stift said that Carrasco had been willing to get on mounts as early as May 8, but that he’d been unable to line any up at Parx Racing, the only track in the area which races on Monday or Tuesday.

“He couldn’t wait to start getting on horses in the morning,” Stift said via text message. “Now eager to start riding — said he can’t wait.”

Carrasco has 25 wins and $953,059 in purse earnings so far in 2017. Despite missing a month of Laurel Park’s meet, Carrasco finished 10th by wins at the just-concluded winter meeting.

On Thursday, Carrasco has mounts in the third, fourth, sixth and ninth races. Two of those horses — Rarified Air in the sixth, a maiden claiming event, and Love’s Legend in another maiden claimer in the nightcap — are favored. The former, trained by Claudio Gonzalez, is 7-5; the latter, a Phil Schoenthal trainee, is 7-2.