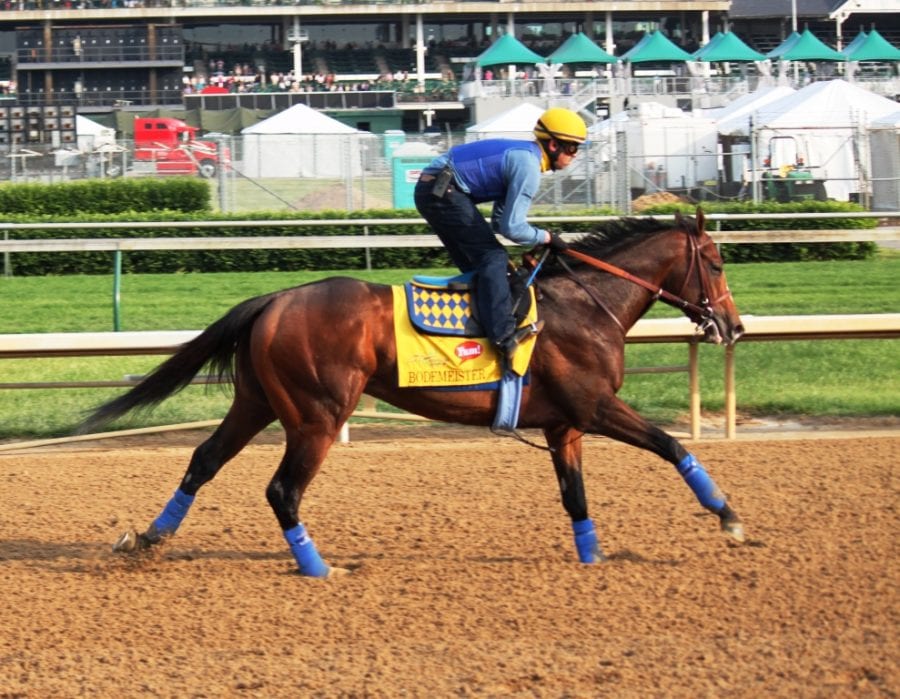 Five years ago, Bodemeister, the first Virginia-bred to start in the Kentucky Derby in 16 years, had a three-length lead with an eighth of a mile to go.  Frontrunners aren’t supposed to wire the Kentucky Derby field, but this one was.  He was the Derby favorite, and here he was, bounding home in the clear.

Jockey Mike Smith, likely unknowingly, was on the brink of delivering a landmark win for the Old Dominion, one whose impacts might be felt for decades in Virginia’s thoroughbred industry.

A win could mean “insta-respectability” among the many Virginia’s institutions that govern Virginia’s thoroughbred industry, yet rarely watch it.  They would have to pay attention to this race in a state with a long heritage of quality thoroughbreds.  It would be a public relations windfall.

“The one race that everyone looks at is the Kentucky Derby,” observes Virginia Thoroughbred Association Executive Director, Debbie Easter. 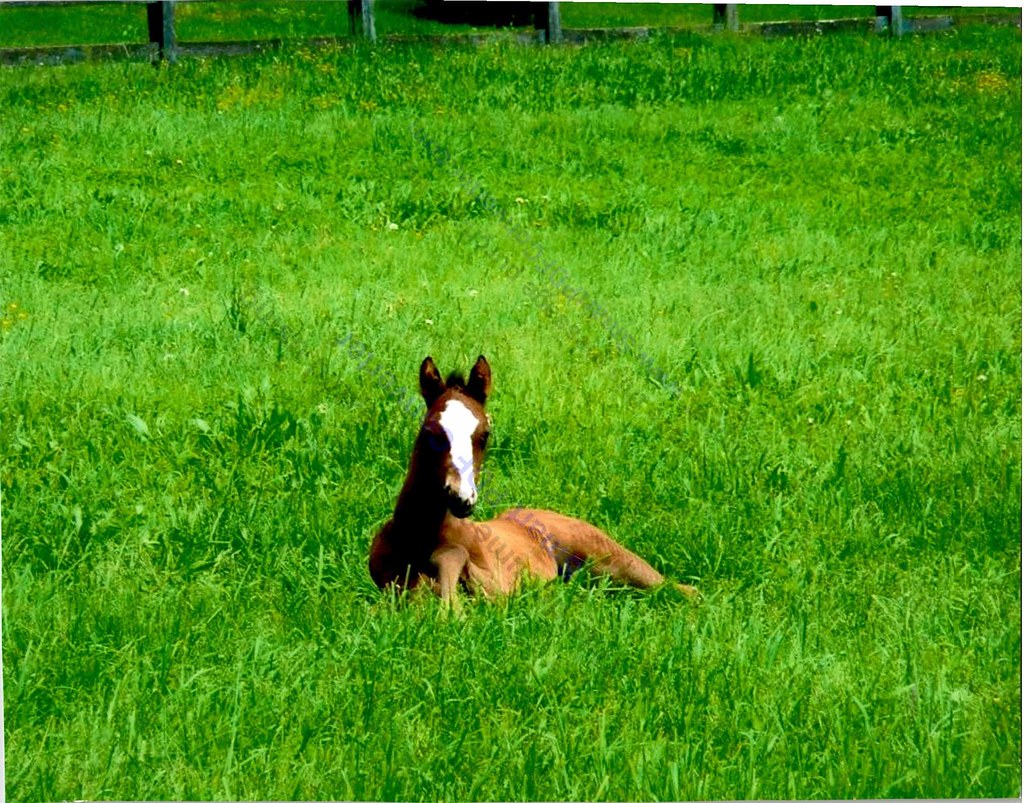 I’ll Have Another, with jockey Mario Gutierrez making his Triple Crown debut, quickened his step.  The stretch suddenly seemed long for Bodemeister who had set down a frenetic opening half mile in 45 1/5. .

That yawning gap of a lead suddenly seemed tenuous. Inside the sixteenth pole, I’ll Have Another took the lead and kicked on to win by a length-and-a-half.  Bodemeister found enough to finish the race in second.  The effort was certainly respectable — but oh so close to something more.

“I’ve thought about it every day since,” comments Jamie McDiarmid, Audley Farm’s equine manager, who did the walkover from the Churchill backstretch with Bodemeister.  “Since 2012, we’re still living off of Bodemeister in the funniest of ways.”

Quality Road, bred in Virginia by Edward P. Evans, was headed to the Kentucky Derby as the favorite in 2009 before a quarter crack sidetracked his campaign inside Derby week.  It was spotted the day before he was to travel from Belmont Park to Churchill Downs.  Prior, the last Virginia-bred starter was Semoran in 1996, and the last favorite, Secretariat in 1973.

Yet, the quick turnaround in the Preakness generated a pulse of optimism off such a performance. Coming into Kentucky, Bodemeister had won the Arkansas Derby by nearly 10 lengths, yet may have self-inflicted his setback in a quick Derby pace to his detriment. Minor tactical modifications — and the  possibility that he might have won the Derby, quick pace and all, had it been contested at the slightly shorter Preakness distance — made the chance of the first Virginia-bred Preakness winner since Hansel in 1991 very real, indeed.

Out of the Preakness gate, Bodemeister was back on the lead, setting far more leisurely fractions, two seconds slower for the half mile in 47 3/5 seconds, while still clear of his rivals.  The wagering public had once again endorsed him as the favorite.  The sprinter Trinniberg that tested Bodemeister early in the Derby didn’t make the trip to Baltimore.  The Preakness was setting up just fine.

I’ll Have Another moved into second at the 3/16th pole setting up an even more dramatic conclusion.  Having attained multiple length separation again, three lengths at the eighth pole, Bodemeister showed more stubbornness on the lead. But I’ll Have Another, on the outside, always on the outside, found another gear and ran down Bodemeister another time.  With distance, pace and post to his favor over his Derby effort, Bodemeister had lost by a neck.

Jockey Mike Smith couldn’t believe it.  Smith, as professional as they come when it comes to race riding and sportsmanship, must have been terribly frustrated.

“I swear I don’t know how he ran me down, man,” jockey Smith told Baffert according to the Baltimore Sun, later adding, “I think we ran a brilliant race.  I don’t understand how we got beat. I’m still dumbfounded. I really am.”

Baffert, no stranger to groundbreaking wins and frustrating losses, was gracious in defeat again, taking solace in that a California horse was live in the Triple Crown. Bodemeister was one of his all-time favorite horses, sharing a name with Baffert’s young son and arriving on the national scene shortly after Baffert suffered a heart attack in Dubai earlier that spring.  Or perhaps it was the Bodemeister was simply as laid back as his trainer.

Neither horse would race again.  Trainer Doug O’Neil and owner Paul Reddam announced I’ll Have Another’s retirement the morning prior to the Belmont Stakes.  Bodemeister was retired later that August after injuring his shoulder in a training accident.  Baffert and Bodemeister’s owner Ahmed Zayat teamed up three years later to win the Triple Crown with American Pharoah.

What might have happened if Bodemeister held on, for one, or both?

Bodemeister’s blitz was when Colonial Downs was still offering live racing in Virginia.  Now it has been dormant for nearly four years while Virginia searches for a new means to offer live racing again.  Would a Kentucky Derby and Preakness winning Bodemeister brought on a better mood for cooperation among Virginia’s racing entities?  Would it have moved the meter in the General Assembly?  Would wins have brought out more in-state racing fans?  It’s not easy to say.

With his eldest runners three years old, Bodemeister will be represented by a Kentucky Derby interest this Saturday with his highest earner, Always Dreaming, who has won his last three races by a combined 20 lengths, the last five coming in the Florida Derby.

“It’s looking like he’s turning out to be a good sire, and that would be even bigger for his legacy,” adds Easter.

Though he hasn’t raced in five years, he remains a motivating figure in Virginia racing.  Bodemeister’s arrival was well-timed, coming along just as the loss of Edward P. Evans’s stable was creating a void.

“It showed our people here at Audley Farm that we can do it,” said McDiarmid.  “The horse has changed our lives.  We want to go back again. It gave us some serious goals.  We know how to get there.  Whether we do it or not, well, you got to be lucky to go there too. We’d do it again tomorrow.”

If not for I’ll Have Another, maybe Bodemeister would have bid in 2012 to become the first Triple Crown winner in 34 years, attempting to place his name beside Secretariat as Virginia-bred Crown winners.

He led the first two legs of the Triple Crown for about 99 percent of the overall distance. It’s that other one percent, though, that McDiarmid, Audley, and the Virginia thoroughbred industry as a whole, still hope to travel.