Sheldon Russell gets back to the winner’s circle 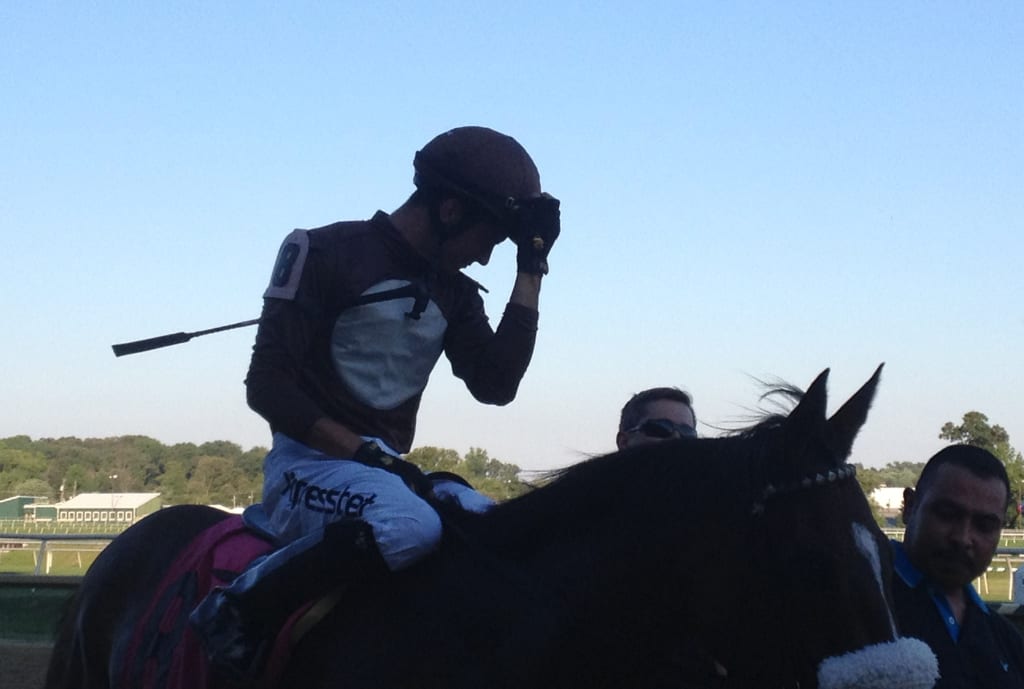 It was the 10th mount for the 29-year-old Russell since he ended a seven-month layoff April 21 at Laurel after recovering from a torn radial collateral ligament in his right thumb suffered in late September. The injury came just eight weeks after he returned from a torn labrum and fractured shoulder hurt in a November 2015 training accident.

Skip to about 10:20 to hear our April 29 interview with Sheldon Russell.

“Usually I run back after I win races to the jock’s room but I actually walked. I wanted to take this all in,” Russell said. “It’s been a tough road to get back this time, but I still feel I can physically do it so I’m really happy.”

Russell was Maryland’s leading rider in 2011 and is a six-time meet champion at Laurel and Pimlico. Pledge of Love is trained by Hamilton Smith.

“It feels great. Honestly it’s been a long [seven] months. I just stayed patient. These trainers have been keeping me really busy in the mornings,” Russell said. “Hammy promised he’d put me on my first winner, so it was really nice to get my first win back for him. He really liked the filly in the post parade, which filled me up with loads of confidence. She broke nicely, great trip, just all the hard work these past six months finally paid off and I’m very, very happy.”