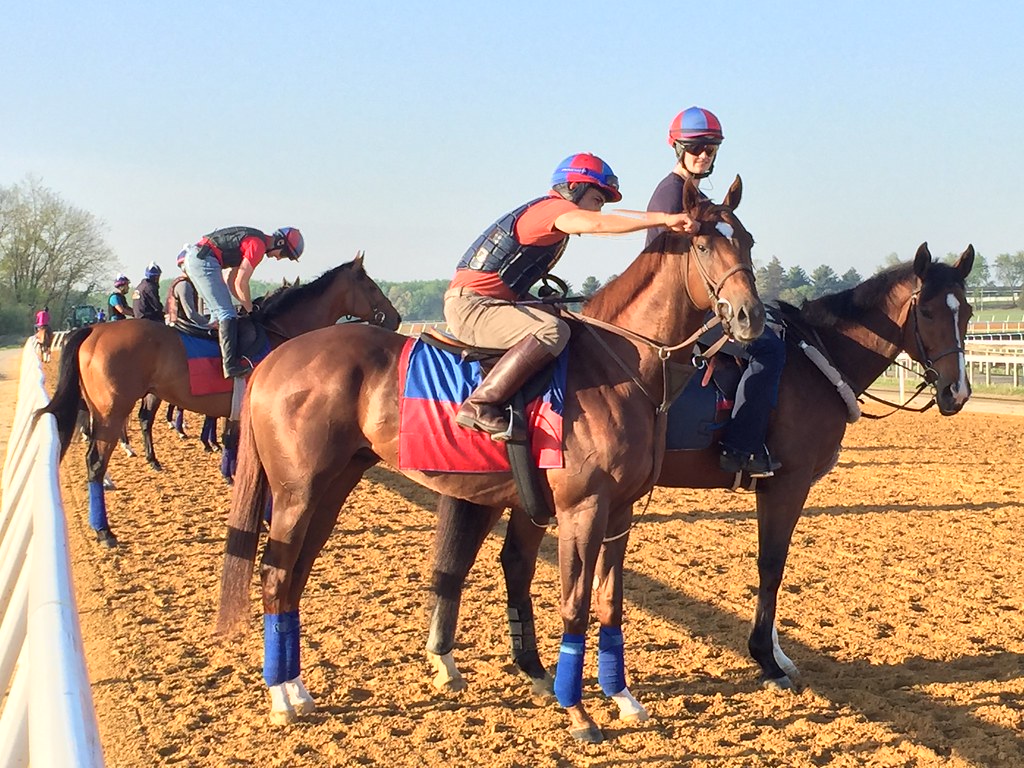 Approximately 670 miles from the chaotic happenings at Churchill Downs race track during Derby Week is the tranquil setting of the Fair Hill Training Center, nestled in the countryside of Cecil County, Maryland. Located in the extreme northeastern section of the Free State, here you will find 350 acres of rolling hills, lush pastures and three different surfaced training tracks enjoyed by teams of thoroughbreds and those who tend to them.

While most competitors have already arrived at Churchill Downs for their final preparation of the 143rd running of the Kentucky Derby, one of its top contenders, Irish War Cry remained at Fair Hill until five days prior to the biggest race of this three-year-old colt’s career. 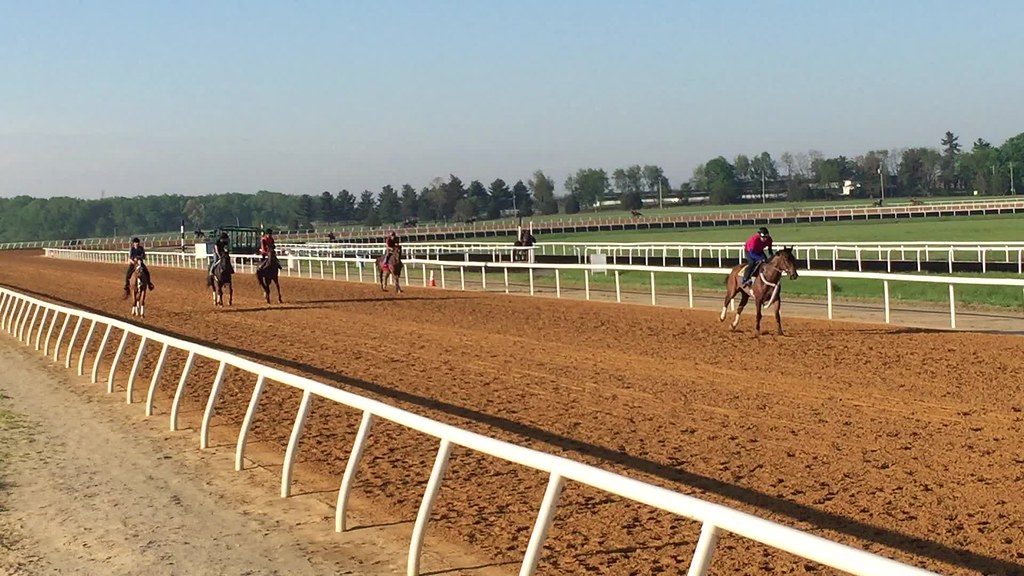 Trainer H. Graham Motion explains, “Unlike Animal Kingdom who had never run on the dirt, I know he can handle the dirt. That’s not an issue, and I’d rather him be comfortable in his own environment than trying to get him to Churchill for that last workout.”

Winner of four of five career races, the only blemish on the resume of this NJ-bred son of Curlin is a seventh-place finish in the G2 Fountain of Youth which preceded his most recent outing, a victory in the G2 Wood Memorial. To this day, the Fountain of Youth debacle remains something of a mystery.

“I wish I could put my finger on it. It was like the perfect storm… a bounce or regression, whatever you want to call it off the Holy Bull that he ran such a big race, such a big number and I think the track at Gulfstream that weekend was particularly dry and cuppy,” said Motion. “Todd’s horse (Always Dreaming) ran earlier on the card, and though he won, he ran a particularly slow race [1:53.44 for 1 1/8 miles]. The track was windy and cuppy… tiring, and my horse struggled on it while probably laying too close to the pace.” 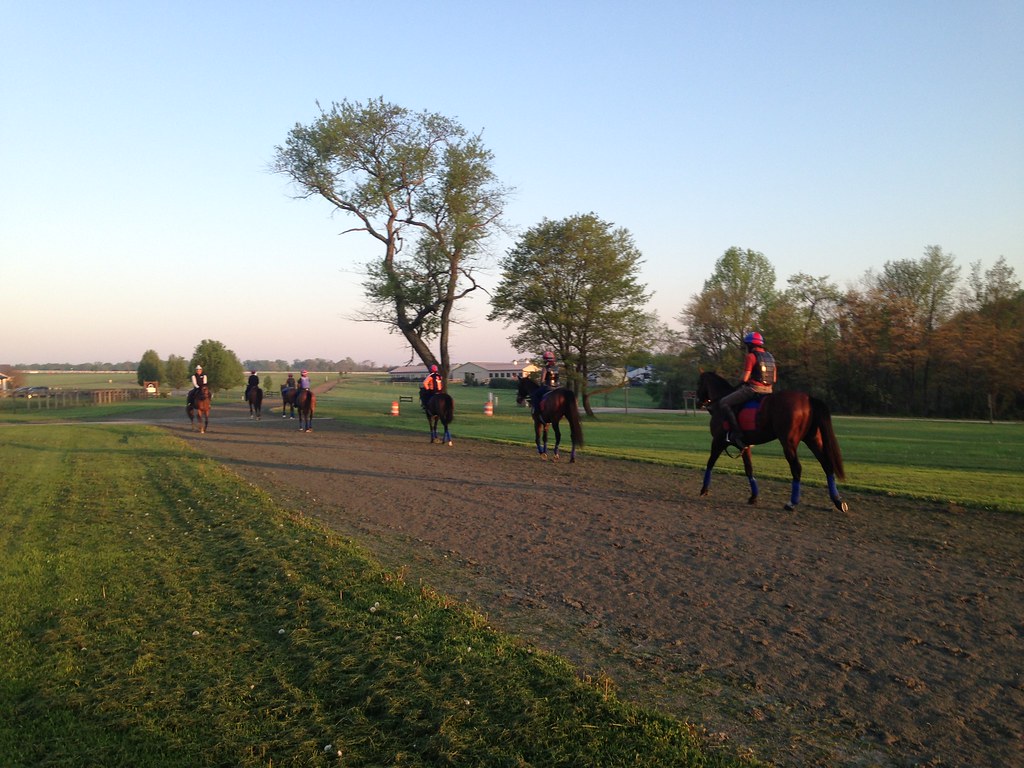 Prior to the Wood, for the first time in his training career, Motion had a jockey, Rajiv Maragh, rather than an exercise rider, gallop Irish War Cry for three straight mornings.

“I wanted him to see what we see every morning. A laid back horse not a difficult horse… and I think that gave Rajiv confidence to ride him the way he did in the Wood,” Motion explained.

Without squeezing the lemon too much, Motion got exactly what he was looking for in the one work since the Wood. On Sunday, six days from Derby 143, Irish War Cry went six furlongs in 1:13 1/5 with Rajiv Maragh in the irons at Fair Hill. “It was perfect… couldn’t have been better,” Motion said, adding, “I told Rajiv to go in one thirteen.”

Yet Motion scoffs at naysayers who question Irish War Cry’s having only one work between his last pre-Derby race and the big one itself. “I’ve always given my runners three weeks after a race (prior to their next work),” he said. “To be honest, this guy (Irish War Cry) is far more accomplished then they were at this stage of the game… I don’t think fitness is going to hurt him in the Derby (having just one work between races).”

With the long-range forecast in Louisville calling for periods of rain Wednesday through Friday, an “off” track on the first Saturday in May is possible, but Motion doesn’t see that as an issue. “I think he’ll handle it fine. The other day he skipped over the track here (at Fair Hill) when it was a little muddy, and when we get to Kentucky, him galloping on a wet track isn’t going to bother me,” said Motion.

Animal Kingdom broke from the #16 post in the auxiliary gate while Went the Day Well drew the 13. Not ideal, but their running style did not require them to be in such a forward position early. A good break from the starting gate is essential for Irish War Cry. If he could pick, which post would Motion prefer? “I’d probably like to be around there, say 10 on out or even 13 out. You have a chance for a cleaner trip and get an opportunity to see what everybody else is doing rather than being caught up in the middle going into the first turn.”

In assessing Irish War Cry’s ability, Motion states, “He’s the best three-year-old I have ever had AT THIS STAGE OF THE GAME. He’s an incredible talent, so who’s to say he couldn’t fill those shoes but right now, I think it would be unfair to draw a comparison to Animal Kingdom.”

Unfair to compare before the Run for the Roses… definitely. But if Irish War Cry happens to become the third NJ-bred to wear the blanket of roses, it will be onto to the Preakness Stakes and then the sky’s the limit.