Wonder How rolls for Taylor-Salzman team 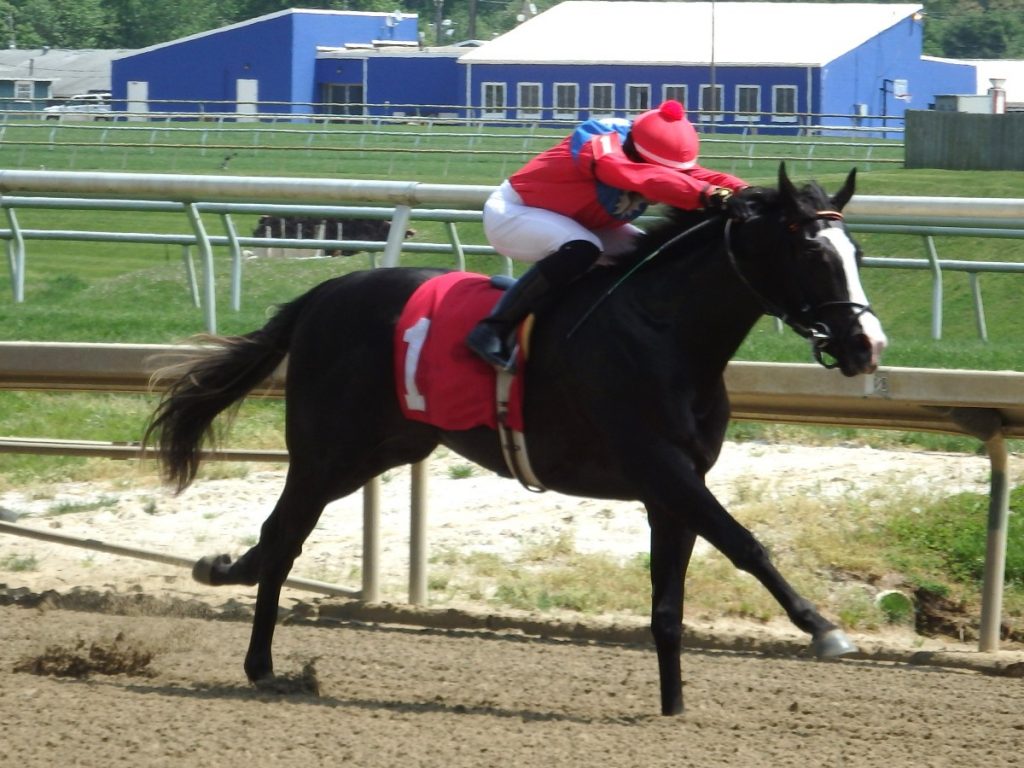 Wonder How rolled to a maiden win at Laurel Park Sunday. Photo by The Racing Biz.

Years back, the duo scored one of the great bargains in racing history, when they plopped down $5,000 for a Dixieland Heat filly they named Xtra Heat, who only went on to win 25 stakes and earn a spot racing’s Hall of Fame.

That’s not likely to happen again any time soon. But their latest purchase from the bargain bin is now Maryland’s second two-year-old winner of 2017.

On Sunday at Laurel Park, Wonder How, a Jersey Town colt they purchased for $10,000 at last fall’s Fasig-Tipton Midlantic fall yearling sale, went right to the front and never looked back en route to a 2 3/4-length victory in a $40,000 maiden special weight test.

“He’s a nice horse,” Taylor said after the race. “John [Salzman] is the best in the world at picking them. I keep telling people that. Finally they’re understanding me.”

Wonder How, bred in West Virginia by Michael Furr, is out of the unraced Tiznow mare Lady’s Moment. He entered Sunday’s race with a long string of three- and four-furlong works, the last of which, on April 26, was a bullet three-eighths in 36 1/5 seconds from the gate.

And the word, apparently, was out on himi. He went off as the 8-5 favorite in the field of seven, all making their career debuts.

“I was high on him, but we don’t get that high on horses,” Taylor said.

Under jockey Alex Cintron, Wonder How grabbed the lead at the break, led by a length-and-a-half after an opening quarter-mile in 24.19 seconds, extended the gap to four lengths with an eighth to go, and rolled home well clear. Gina Rosenthal trainee Take Warning rallied for second, five lengths clear of Sir Brahms in third. Running time for the 4 1/2 furlongs was 53.59 seconds.

Now, like Contrarity, the filly who won yesterday’s first Maryland baby race of the year, Wonder How will have to wait around for a while; there aren’t enough two-year-old winners locally to fill a race.

But Taylor, who said he has seven horses with Salzman, isn’t worried.