“Pleasant surprise” as Contrarity becomes first Maryland 2yo winner of 2017 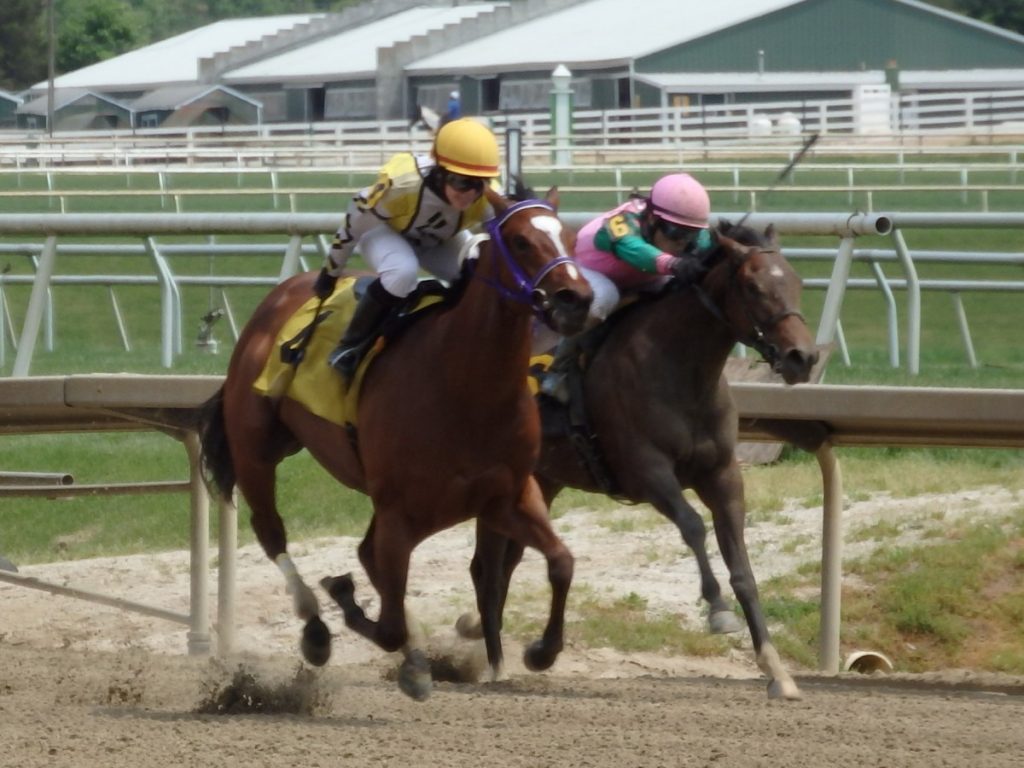 Contrarity lived up to her name this afternoon at Laurel Park, crossing up the bettors who made her a 15-1 longshot in the opener to win a $40,000 maiden special weight test.

In the process, she became Maryland’s first two-year-old winner of 2017.

“It was a pleasant surprise,” trainer Hugh McMahon said afterwards.

Bettors had eyes only for Jason McCutchen trainee Shape of You, driving her odds down to 9-10 by post time. No wonder: the Gaff filly had run second, beaten just a half-length, at Keeneland on debut, far outrunning her nearly 50-1 odds in that race. In a race in which seven of eight two-year-old fillies had never started, that was enough resume to make her the chalk.

Contrarity went quickly to the lead and the race quickly became a two-horse affair. Contrarity, a daughter of Yesbyjimminy, held a head lead over Shape of You after a quarter mile in 23.01 seconds, with a yawning gap of seven lengths back to Sammy Be Cool in third.

At the head of the lane, Shape of You looked to have Contrarity measured, but Contrarity dug in to put her rival away, and the late inside rally of Sing Dixie Charge could yield that runner only second place.

Contrarity held off Sing Dixie Charge by a half-length, and it was two farther back to Shape of You. Running time for the 4 1/2 furlongs was 53.36 seconds.

“That was awesome,” jockey Katie Davis said as she hopped off Contrarity.

McMahon said that Contrarity, a modest $10,000 auction purchase by owner Danny Limongelli at the Ocala Breeders Mixed Sale earlier this year, came to him in early February. Since then, it’s been a pretty quick process.

“She’s very precocious — in the gate, everything,” McMahon said. “Danny says take your time with the horse. But she’s just very precocious, and she wants to go, go, go.”

Still, McMahon said, he didn’t necessarily expect a win. After all, she had only three works, just one at a half-mile, prior to the race.

“We thought we’d use the race to school her because she’s up to a half-mile [breeze],” he explained. “You know what, it’s a half-mile and gallop out five-eighths, or we might have a schooling race.”


McMahon said he figured Contrarity would get tired late but hoped she might hold on for a piece of it. Instead, she held on for the biggest piece of all.

But he said he’s liked her all along.

“She looks like an athlete,” he said. “She’s built like a little tank and she wants to be a racehorse.”