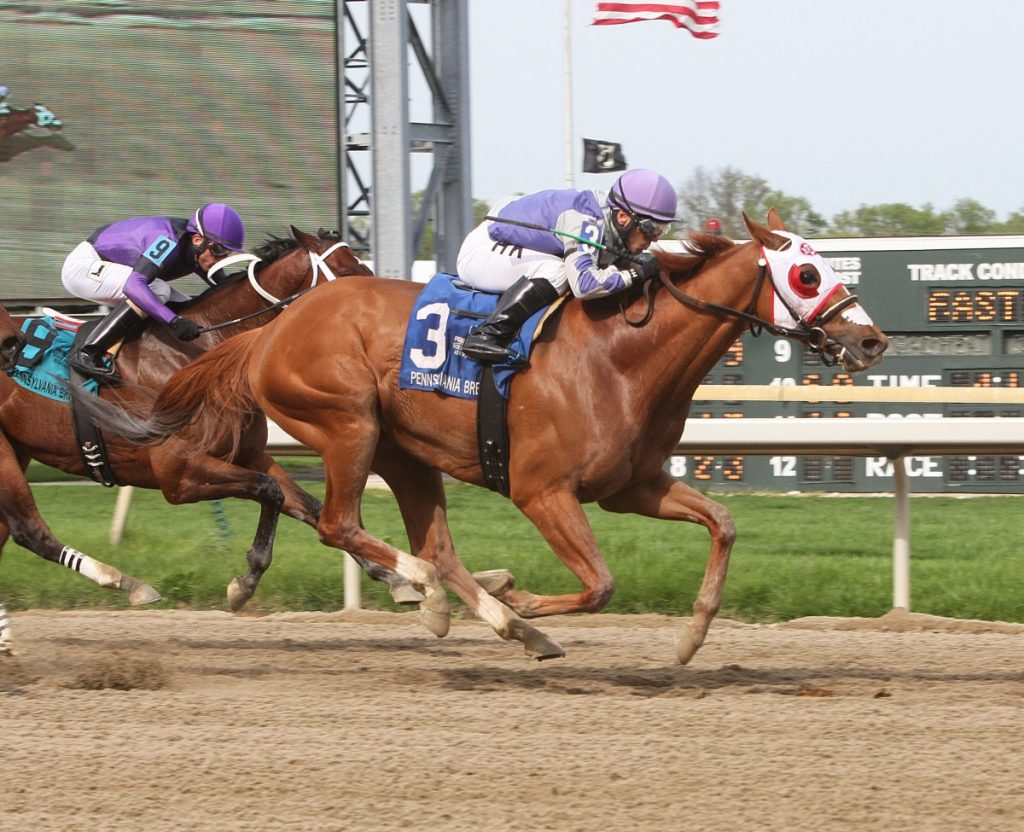 The Beyer speed figures so far this year have suggested that Page McKenney may not be the same horse he was as a six-year-old.

But the results on the track sure look familiar.

The seven-year-old Eavesdropper gelding made a successful visit to Parx Racing this afternoon when he stalked the early pace before powering clear to a 1 1/4-length victory in the $100,000 Lyman Stakes at Parx Racing.

It was Page McKenney’s second win from three starts in 2017 and marked the 19th consecutive start in which he finished second or better. The win also pushed the Mary Eppler trainee — a horse she claimed for $16,000 back in 2013 — past the $1.5 million mark in career earnings.

Under regular pilot Horacio Karamanos, Page McKenney sat fourth after a half-mile in 46.28 seconds, with Duval in the lead. Entering the stretch, Karamanos eased out three wide and wore down his rivals for the victory. Someday Jones rallied for second, while Duval held third.  Running time for the seven furlongs was 1:23.38.

Page McKenney is owned by Adam Staple in partnership with the horse’s breeders, Dr. James Bryant and Linda Davis, who race in the name of Jalin Stable. Staple had claimed the horse back in 2013 but allowed Jalin to re-purchase a minor share — all of that occurring more than $1.4 million ago.

One race prior, in the Foxy J. G. Stakes for older Pennsylvania-bred fillies and mares, Discreet Senorita won the second stake of her career, posting a two-length score in 1:23.76 under Frankie Pennington. The Edward Lehman trainee now has eight wins, and $365,396 in earnings, from 14 career starts.