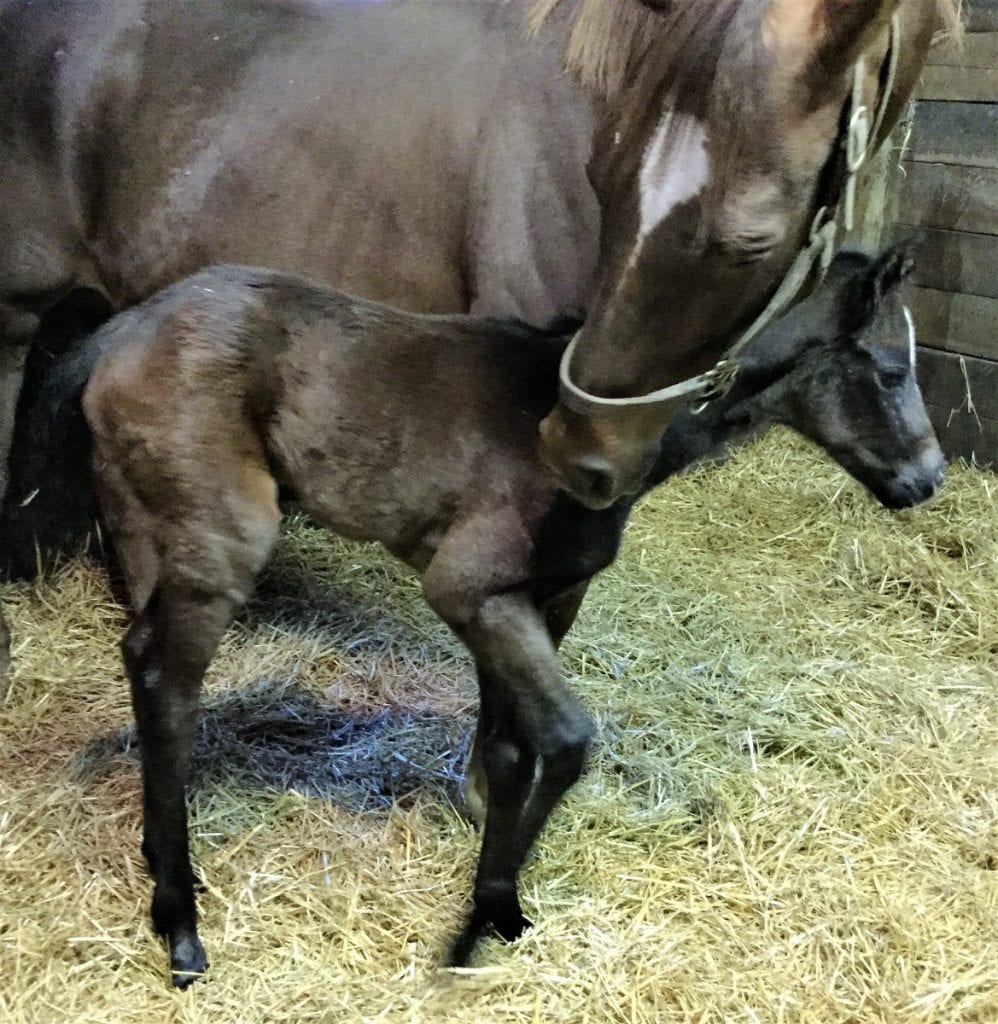 Rory Huston is a New Jersey guy, through and through. He was born and raised on a Jersey dairy farm and looked like he’d be taking care of cows until, well, the cows came home.

But something changed when Huston was a teenager.

“I got tired of milking cows,” Huston said. “Getting up at 4 a.m. and working straight through until about 6 p.m. every day, seven days a week. I had enough of that.”

So in the spring of 1976, Huston did the smartest thing in his life.

He walked the two miles from his home in Colts Neck to the Overbrook Farm and asked the farm’s legendary owner, Richard Bailey, if he could have a job.

“Sure enough, I got hired as the outside manager,” Huston said. “I worked hard. I worked long days for seven days a week. I would be out cutting grass all the time. At that time, all I knew was farm life.”

Huston was eager to learn anything and everything about thoroughbreds.

“I was willing to work and willing to learn,” Huston said. “I wanted to do things the way Mr. Bailey did them. He was an honest and fair guy. That’s the way I was brought up.”

Turn the clock ahead to 2017 and Huston is still a fixture at Overbrook Farm. He will turn 60 on July 1.

“All I’ve known is this farm,” said Huston, now the farm manager at Overbrook.

The majestic farm has 110 stalls for horses in training.

That includes 20 or so horses for the Haskell family, especially 86-year-old Isabelle de Tomaso, born Isabelle Tilford Haskell, and her sister Hope Haskell Jones. They are daughters of Amory Haskell, the founder and first president of the Monmouth Jockey Club, which kickstarted New Jersey racing in 1946, and the man for whom New Jersey’s most famous and prestigious thoroughbred race, the Haskell Invitational, is named.

“We foaled about 11 mares last year and have about 17 ready to foal this year,” Huston said. “Mrs. de Tomaso is a nice owner and they have had some great horses.”

“He was a nice-looking baby, a nice-looking foal,” Huston said about Irish War Cry at birth. “We had him for the first week or so and then he was shipped to Kentucky.”

“He came back to me in July,” Huston added. “We had him for a little while.”

The New Jersey-bred Irish War Cry did his early work at the Webb Carroll Training Center in South Carolina before heading to trainer Graham Motion’s Fair Hill barn in September of 2016. Two months later, he made his debut, winning a maiden race at Laurel Park by 4 1/2 lengths under jockey Feargal Lynch.

Now, three more wins in four additional starts later – most recently an impressive score in the Grade 2, $750,000 Wood Memorial – Irish War Cry has punched his ticket to the Kentucky Derby.

It’s rarified air for a Jersey-bred. The Derby has only been won by two New Jersey-breds. In 1915, Regret became both the first Jersey-bred and first filly to win the Kentucky Derby, a win that some call the most important Derby ever in terms of its impact on the race as a national event. Nineteen years later, in 1934, the colt Cavalcade strode home first to capture the 59th Derby.

And that’s been it.

That’s why Irish War Cry’s win at the Wood Memorial has sparked such huge interest in the Garden State.

“He’s definitely brightened the hopes of New Jersey thoroughbred racing,” Huston said. “It’s a dying breed. We get less and less each year. So Irish War Cry has brought something back to New Jersey. Mrs. de Tomaso deserves to have a good horse.”

Huston said that the excitement has carried over throughout New Jersey racing.

“I know that the New Jersey Breeders Association is getting banners made for Irish War Cry,” Huston said. “Everyone is excited and you have to be. It’s a once-in-a-lifetime opportunity.”

Huston is already planning the rest of his year. Overbrook will count horses trained by Patricia Farro, Chuck Spina, and others among its guests.

He’ll also be caring for Irish Sovereign’s most recent foal, a Graydar filly born on April 24. Irish Sovereign, a productive mare whose offspring also include the graded stakes-placed Irish Strait, was a solid racehorse in her own right. She won three of her first four career starts although she didn’t make the races until December of her three-year-old season.

“When I first had her, I was told by some veterinarian that she would never get to the races,” Huston said. “She was a project, but we got her out there.”

Huston’s not a guy who takes many days off. But a brief vacation to Louisville may soon be in order.

“I’ll keep my fingers crossed,” Huston said. “But if Irish War Cry is there, then I’ll be there. It’s always been on my bucket list.”