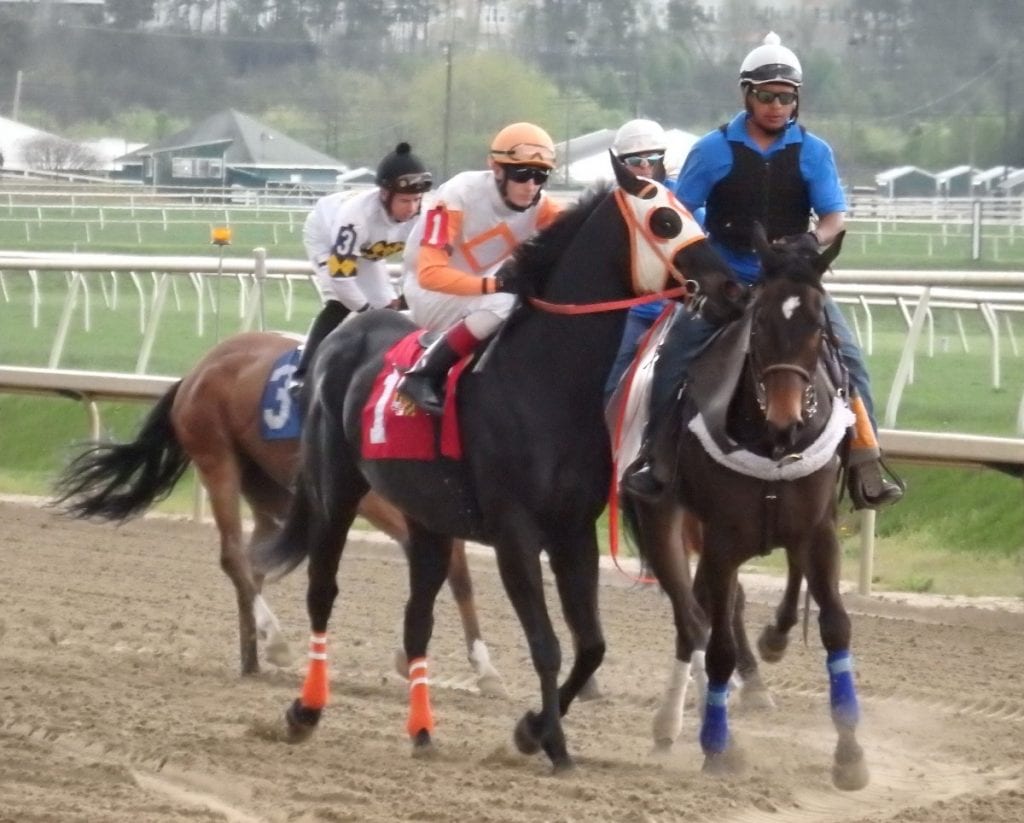 Avon Thorpe had a one-word answer when asked prior to today’s seventh race at Laurel Park how Ben’s Cat was doing.

And jockey Trevor McCarthy had a one-word answer when asked if he thought Ben’s Cat was back to his best recent form.

What happened in between those two words, however, isn’t likely to quiet those calling for Leatherbury to retire his now 11-year-old star.

Ben’s Cat, making the first start of his 2017 season — and the 61st of his distinguished career — could offer only a mild late rally and finished fifth in a $50,000 allowance contest. Though fifth, he was beaten just three-quarters of a length.

Sent off as the 2.20-1 second choice in the field of seven, Ben’s Cat was away sharply at the break before settling towards the rear of the field. He was in sixth at every call but the last, seven lengths behind after the opening quarter.

Triple Burner led the field through the early running, pressed by Made Bail who took over in mid-stretch and went on to win a frantic finish by a nose over the filly Elusive Joni and a head over Grandiflora. The two favorites — 2-1 Sonny Inspired and Ben’s Cat — were noses apart in fourth and fifth.

But it’s the performance of Ben’s Cat — a multiple graded stakes-winning earner of more than $2.6 million — that will likely engender the most chatter.

Blocked in the lane, he was able to dive down towards the rail to find running room. But he couldn’t find the same sort of late kick that has characterized his better efforts.

The signs that it might not be the Cat’s day were there, if you’re the sort of person who looks for signs. While a crowd flocked down to the paddock before the race and lined nearby stairs to get a glimpse of the star, one person was notably absent: Leatherbury himself, who chose to spend Easter Sunday with his family.

And then, moments before the race, the sun disappeared and a brief rain shower blew through Laurel.

But now, Leatherbury — who also bred and owns Ben’s Cat — will have to determine his next move. In recent years, he’s steered his barn’s star from an April race to a date in the Jim McKay Turf Sprint on Black-Eyed Susan day at Pimlico.

In recent years, however, Ben’s Cat wasn’t riding a six-race losing streak, as he is now. What’s more, his last two similar tries mark the only two times in his 15 races over the Laurel lawn that he’s finished out of the money.

So it’s hard to see this version of Ben’s Cat being all that competitive in Jim McKay. And if he’s not, the chorus calling for Ben’s Cat’s retirement figures to add members, and grow a lot louder.