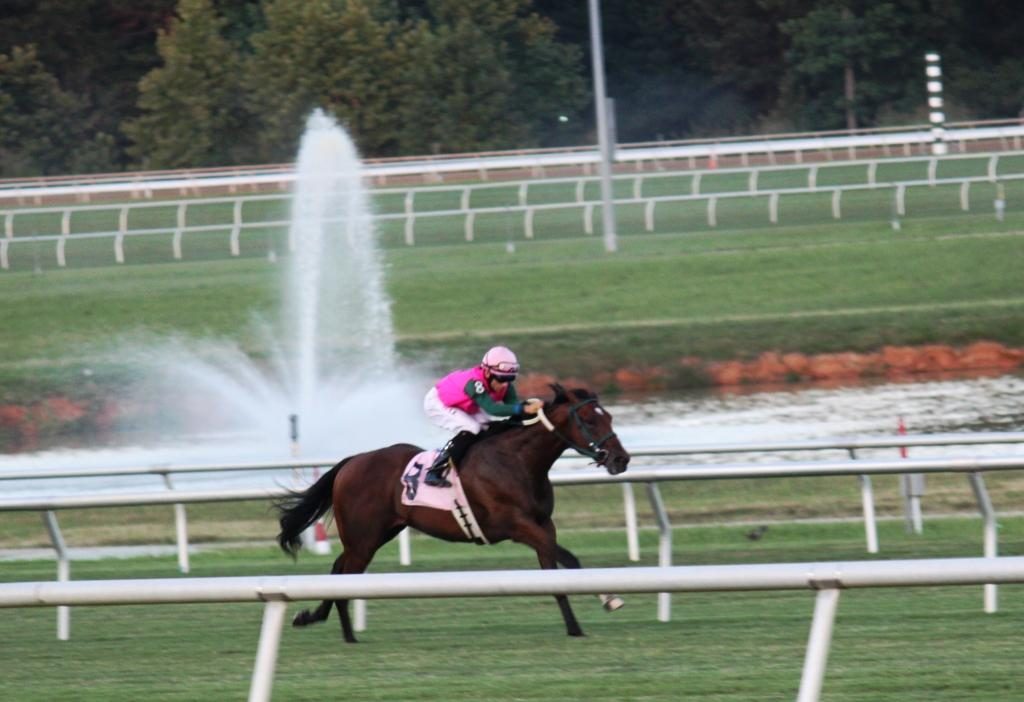 A month ago, Irish War Cry was a Kentucky Derby favorite, Unique Bella was the best three-year-old filly in the land, and almost no one had heard of Fast and Accurate.

In the meantime, however, Irish War Cry ran up the track in the Grade 2 Fountain of Youth to see his star dimmed; Unique Bella suffered an injury that will force her to miss the spring’s biggest distaff races; and Fast and Accurate was both in scoring a 24-1 upset in the Grade 3 Spiral Stakes at Turfway Park, putting himself in the three-year-old picture.

The results of all that are evident in the second 2017 edition of the Mid-Atlantic Thoroughbred/The Racing Biz Top Midlantic-bred Poll, released today and current through results as of April 6.

Unique Bella, who won her only start in March, in the Grade 3 Santa Ysabel, moves to the top spot among three-year-olds. Fast and Accurate, who was in the also receiving votes category in last month’s poll, moves all the way up to second. And Irish War Cry, leader of the first poll, drops to third in this newest one.

Among older horses, Finest City, second in the Grade 1 Santa Margarita Stakes during March, retained her hold on the top spot.

The big mover among sophomores was Fast and Accurate. The gray Hansen colt was bred in Pennsylvania by John R. Penn. After failing to meet his reserve as a yearling, Fast and Accurate sold, for $85,000, at the April 2016 Ocala Breeders Sales two-year-olds in training event.

Fast and Accurate took four tries and a drop into the claiming ranks to break his maiden, which he did in a $30,000 maiden claimer in December at Turfway Park. He then won the grassy Sage of Monticello Stakes Gulfstream Park prior to his upset win in the Spiral.

The Spiral victory gives Fast and Accurate 50 Kentucky Derby points, good for an eighth-place tie and enough to guarantee himself a spot in the Kentucky Derby starting gate — if his owner ponies up the $200,000 required to supplement him to the series, which he has indicated he would do.

The bad news for Fast and Accurate: his only previous try on conventional dirt, at Parx Racing, resulted in a distant fifth place finish against maidens.

Virginia-bred Long On Value jumped from nowhere at all — he did not receive a single vote in last month’s poll — all the way to third. The Value Plus horse, bred by Snow Lantern Thoroughbreds, is winless in two starts this year but most recently ran a very game second, losing in a head bob in the Group 1 Al Quoz Sprint on the turf at Meydan on the Dubai World Cup undercard.

And Sunny Ridge, bred in New Jersey by Dennis Drazin, moved from the also receiving votes category to fourth on the poll. The Holy Bull gelding ran his record to two-for-two in 2017 when he rallied to take the Stymie Stakes at Aqueduct March 12.

Of the 10 horses on the twin lists, four were bred in Pennsylvania, and three were bred in New Jersey. Two hailed from Maryland, and there was one from Virginia. The list includes seven males and three females.