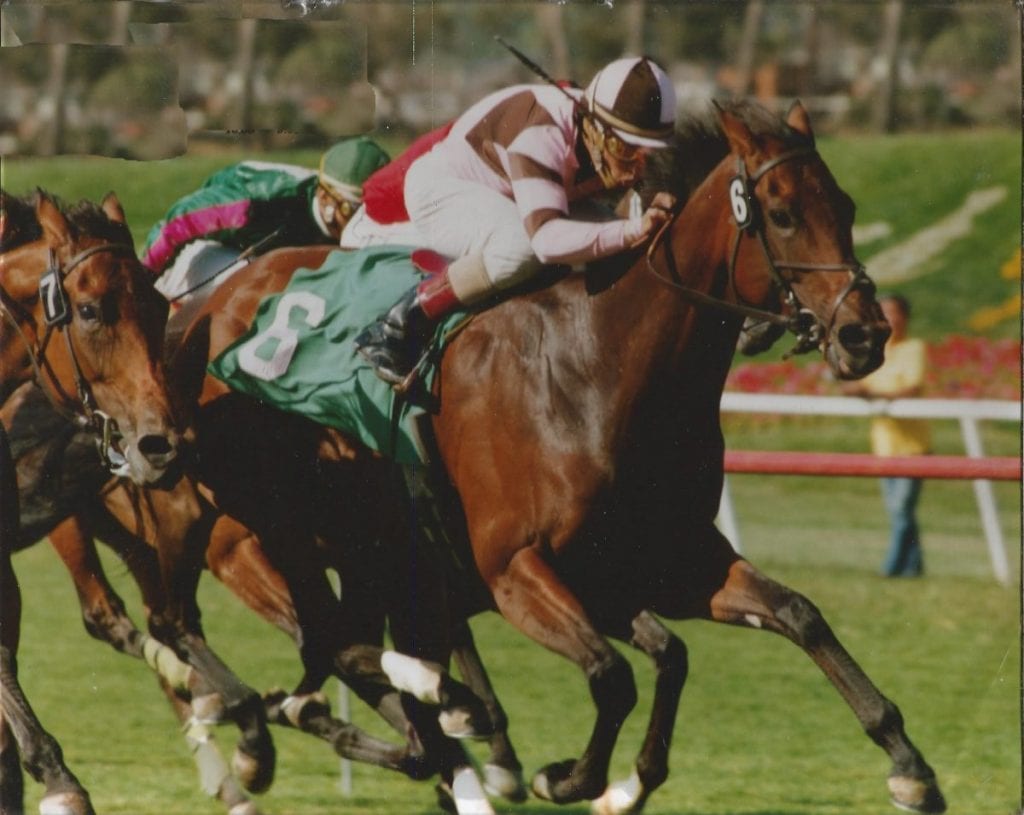 George Rowand, a man who embraced — and for a moment, lived — the Thoroughbred dream as completely as almost anyone, passed away last week. The Orlean, VA resident was, said the Fauqier Times newspaper for which he worked for a dozen years, surrounded by family and friends.

He was 69, a victim of lung cancer who never smoked — one of life’s odd and unfathomable cruelties.

An unexpectedly reformed lawyer, Rowand — possessed of an encyclopedic knowledge of Kentucky Derby winners — in 1980 got into the racing game with support from family members, including his sister Bonner and her husband Tom Young. 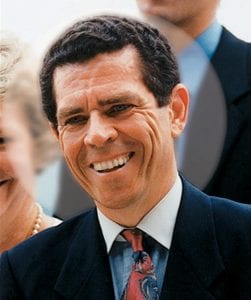 Six years later, his operation, Bonner Farm had a passel of badly bred horses to its name: runners from winless mares by mostly failed stallions. It had not a single win six years in.

In July of 1986, their homebred Highland Springs made his second career start, at the bottom maiden level at Pimlico. Rowand, at the point of despair, described the race in his 2005 book, appropriately named Diary of a Dream:

… it all came to me as clearly as anything I have ever experienced. This was the defining moment for this horse and for Bonner Farm… I felt sure that right then, all of Bonner Farm’s future was riding on the outcome of that last quarter-mile of dirt…

Then — finally — the racing gods smiled on Bonner Farm. The leader began to tire and all at once veered to the right and opened a path one-horse wide along the rail. Kent [Desormeaux, aboard Highland Springs] asked Highland Springs for run. The big gelding accelerated through the hole and out into the clear. Now, he was first and running away from the field!

… It might have been the cheapest race in Maryland. I didn’t care. We had won! And there is nothing quite like that feeling.

Highland Springs went on to win three graded stakes and earn over $400,000. He was the first of four graded stakes winners out of Rowand’s mare Highland Mills, the best of which, Miss Josh, won four graded events, including the Grade 1 Gamely at Hollywood Park in 1991.

I knew George, not well though well enough that he came to me for advice on a project or two, and I did the same. In 2014, he wrote a number of stories on breeding and racing for The Racing Biz.

No one was more passionate than George about this crazy game. Years after he shuttered the Bonner Farm operation, he retained a keen interest in racing and an occasionally requited love for it.

He also possessed a lively and often unconventional approach to racing. Among his articles on this site were “On racing: Claim to fame,” which extolled the virtues of running young horses in claiming company to give them confidence and help them learn against lesser rivals.

Of Highland Springs, one of those horses who began against claiming rivals, he asked and answered this question: “Was he destined to do all that, no matter where he began his career? No way.”

In “Moneyhorse: Racing with analytics,” Rowand argued that what for many owners is a default position after a loss — that the jockey screwed it up — was actually self-defeating.

Instead, he wrote, “I deconstructed every race that our horses ran to gain insight in how they had actually run. If they had won, what had they done well? If they lost, what had happened?”

And in “Advice for racing: Go to college,” Rowand, a Virginia Tech graduate, argued for a connection between universities with equine or veterinary science programs and horse racing.

“Imagine the excitement of seeing a horse in the colors of dear old alma mater thundering down the stretch to victory — even, if we’re really lucky, wearing the blanket of roses or black-eyed susans,” he wrote.

Rowand is survived by Rita, his wife of 33 years, and his son Michael.

Rowand often said that what caused his love of Thoroughbred racing to bloom was the same thing that brought many into the game: he saw Secretariat. Through the horses he bred and raced, and through his writing about the sport he loved, George shared, often movingly, that passion with us.

In Diary of a Dream, Rowand wrote, “Everything good in life, it seems to me, begins with a dream.”

Thanks, George, for sharing your dream with us.

[su_box title=”ARRANGEMENTS” style=”glass” box_color=”#66ADCC”]Memorial services will be held at Leeds Episcopal Church, 4332 Leeds Manor Road in Markham on Sunday, April 2 at 3 p.m. A reception will follow. The family asks that, instead of flowers, donations be made to the Fauquier Family Shelter at 95 Keith St, Warrenton, VA 20186 (fauquierfamilyshelter.org).[/su_box]