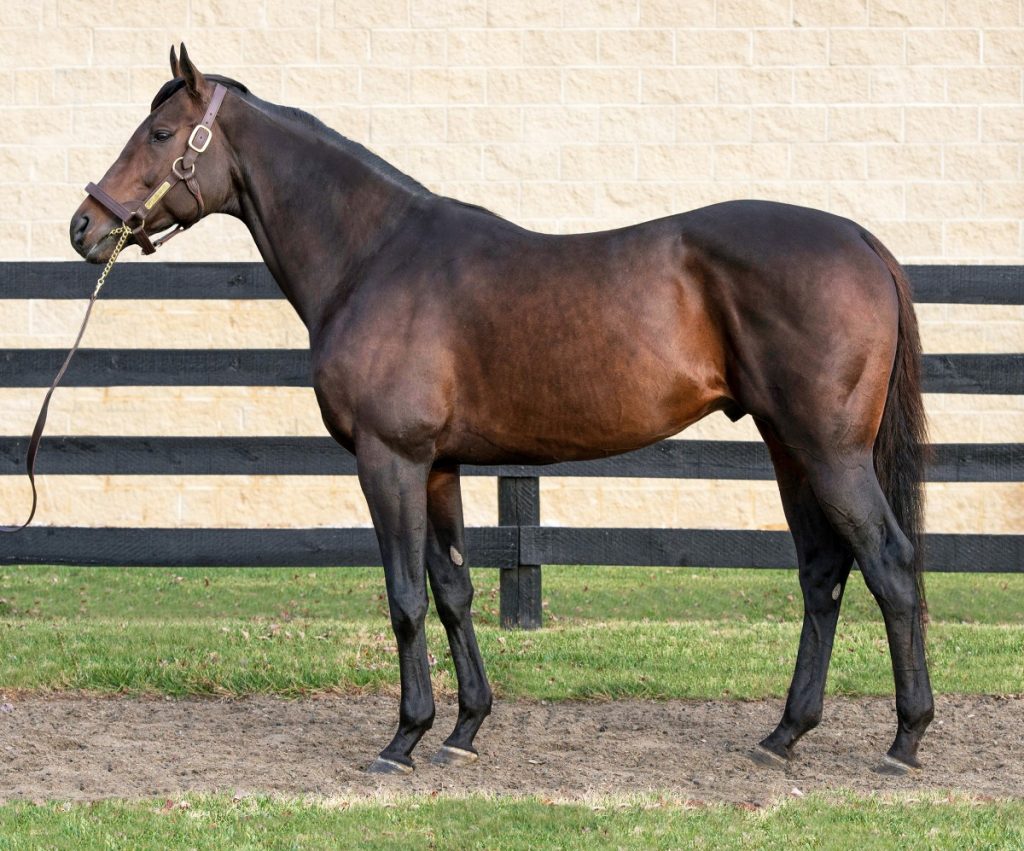 It takes a particular kind of alchemy to make a sire.

Breeding, conformation, racing talent — all play a role. So, too, do luck and timing.

“We’re not underestimating how difficult it is to make a stallion,” says bloodstock agent Steve Young.

Start with the breeding. He’s a son of War Front, one of the world’s leading sires, currently standing for $250,000 at Kentucky’s Claiborne Farm.

And Peace and Justice is out winning Smart Strike mare Strike the Sky. His half-sibs include Grade 2 winner Hudson Steele and the stakes-placed Lauren Byrd, the latest in a family line laced through with black type.

“It’s a family that I know well,” adds Young, who as a trainer had Strike the Sky among his charges. “The more you know about this horse, the more you like him.”

Though War Front is best known as a sire of turf runners — he ranked behind only Kitten’s Joy in 2016 with 11 stakes winners on the lawn — there’s plenty of dirt in Peace and Justice’s pedigree. For example, My Man Sam, out of Peace and Justice’s half-sis Lauren Byrd, was a fast-closing second in the 2016 Grade 1 Toyota Blue Grass Stakes on the main track.

Then there’s his conformation. The dark bay horse stands 16.2 hands.

“He’s a very, very good-looking horse who stands over a lot of ground,” Young says.

“Very well balanced,” adds Glenn Brok, who with his wife Becky owns Diamond B. “He’s got great bone and a good eye.”

On the track, Peace and Justice showed consistently blazing speed and flashes of genuine brilliance. He won impressively at first asking and three times recorded Beyer speed figures above 95.

He won three times in his career, all at a mile on the grass. In perhaps his best performance, he won a Santa Anita Park allowance in an ultra-fast time of 1:32.36 after leading the field through fractions of 44 ⅖ seconds for the half-mile and 1:08 flat for three quarters.

Though he never won a stake, he was the beaten favorite in the 2014 Thunder Road at Santa Anita and led through very fast fractions in the Grade 3 Poker that year at Belmont Park before tiring in a race won by Grade 1 winner Jack Milton.

And, Young points, Peace and Justice’s paternal grandsire never won a stake either. Danzig has nevertheless become an important influence in the Thoroughbred industry.

All of which leaves only the questions of luck and timing.

Peace and Justice is the only son of War Front standing in Pennsylvania and one of just two in the mid-Atlantic. That should help.

While Pennsylvania has suffered tribulations in recent years, including repeated legislative efforts to reduce the industry’s share of other gaming revenues, it remains, says Brok, “a good place to start a horse.”

And it provides annual Pennsylvania-bred incentives, including bonuses and purses, of around $30 million. That makes it by far the region’s largest state-bred program.

All told, it’s an enticing enough brew that Young is doing more than just standing the horse. He says he’s bought 10 mares of his own to breed to the new stud.

“He has an innate ability that a lot of horses in his price range don’t possess,” Young says.

“He just checks the boxes,” adds Brok, who says that early response to Peace and Justice has been strong. “Everybody says, ‘I wish somebody would bring a nice horse to Pennsylvania.’ I think we have.”