Charles Town Classic to be on Fox Sports 2 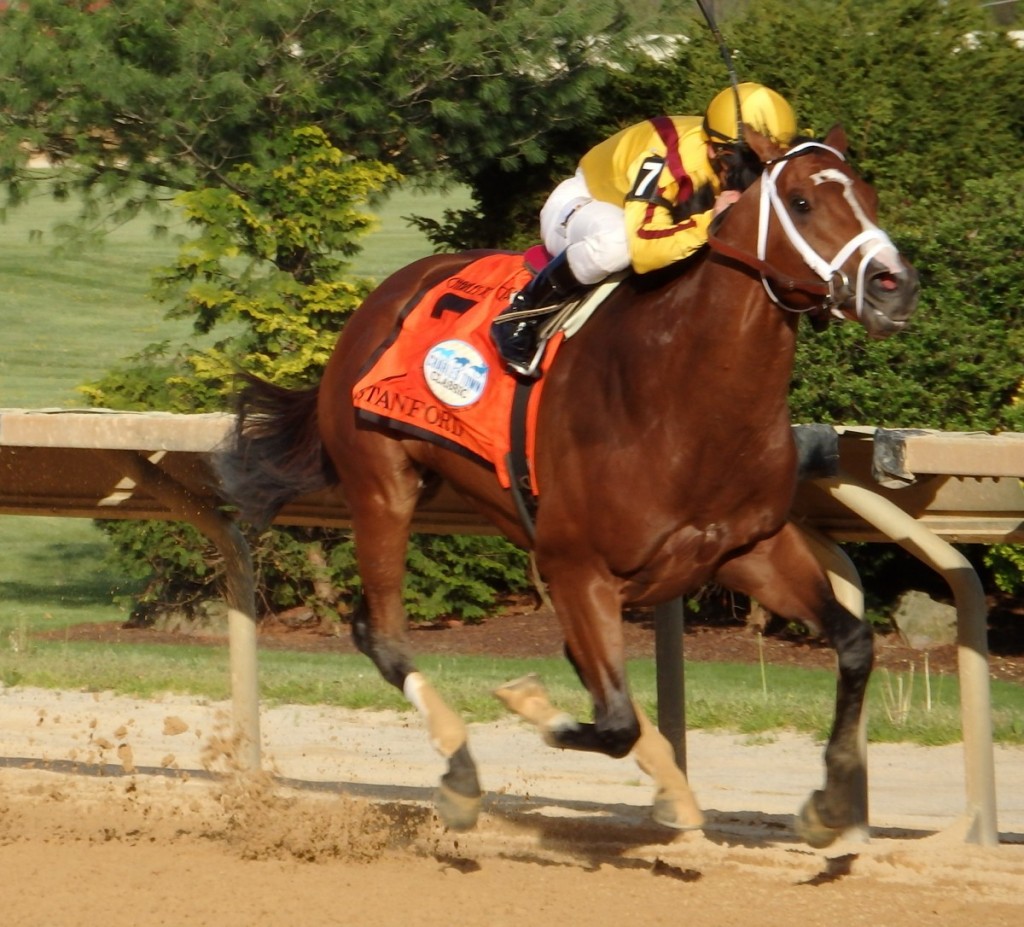 Stanford wins the 2016 CT Classic. Photo by The Racing Biz.

As a part of the New York Racing Association, Inc.’s announcement earlier this week that they have entered into an expanded partnership with FOX Sports that will result in additional live broadcasts, Hollywood Casino at Charles Town Races biggest day on the calendar will take its place on their television schedule which will include coverage of the $1,250,000 Charles Town Classic (G2).

Seeking to build on the success of broadcasting some of racing’s biggest days in 2016, NYRA’s broadcast coverage will include the Charles Town Classic as part of an April 22 show on Fox Sports 2 that will air between 4:00 P.M. and 6:00 P.M. eastern time.

Live talent is expected to be on hand at Charles Town for the FS2 broadcast in addition to the show’s coverage and analysis emanating from Aqueduct.

In 2016, NYRA similarly produced a telecast of the International Festival of Racing from Arlington Park, which included coverage of the Arlington Million, Beverly D. and Secretariat.

“We’re incredibly happy to team up with the New York Racing Association in bringing expanded coverage of the Charles Town Classic on the Fox Sports family of networks,” said Vice President of Racing Operations Erich Zimny. “We believe bringing the biggest race of the year at Charles Town to fans through NYRA’s talent, production and reach will add a lot of value to our day.”