No Mo Dough one mo runner for Motion barn 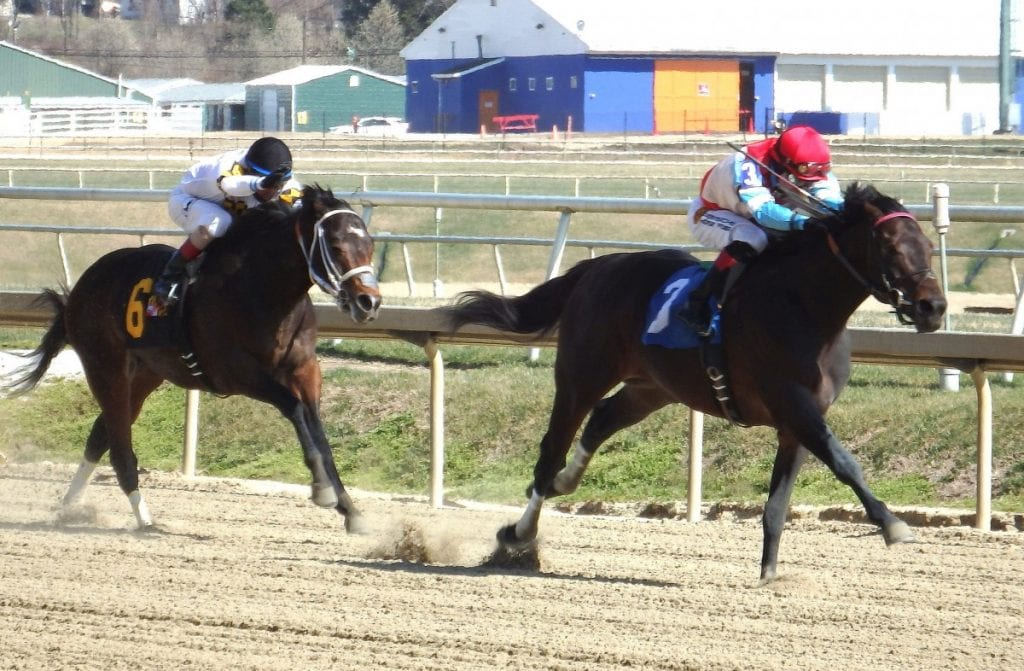 No Mo Dough pulled away eagerly to win a maiden race at Laurel Park. Photo by The Racing Biz.

Time will tell whether Sunday fourth race from Laurel Park — a maiden special weight test for three-year-olds — produces any runners of consequence.

But pedigrees and sales results suggest it may well.

The field included Flying Arrow, a $400,000 Tapit colt trained by Linda Rice, and Metallic, a $340,000 Medaglia d’Oro colt trained by Rodney Jenkins. And that’s to say nothing of That’s My Fella or Twin Valor, both of whom had run second recently in similar company.

But none of them had any answers for the winner, No Mo Dough. Out of the Deputy Minister mare Twenty One A. C., the Uncle Mo colt, trained by Graham Motion for owner-breeder Alex G. Campbell, went off as the third choice in the field of six. But, after breaking a beat slow, he bided his time, came wide entering the lane, and, as the chart described it, “eagerly widened with a lengthy stride through the final seventy yards.” He won by nearly three lengths in 1:12.34 and survived an objection by the third-place finisher.

I thought he might have been a little bit green from his works, but [jockey] Feargal [Lynch] said he did everything right today. He was really pleased with him.

He stood in the gate and came away good… He had a big kick down the lane. I was a little bit anxious watching the rerun [because of the objection]., I saw the horse on the inside came out a little bit. I thought we were fine… He’s put some nice works in. he’s nice…

Looking in the paddock there were a couple horses that looked legit, you know. I didn’t know if he was going to run a little bit green today or not. That was a good performance today. I thought he ran really well.