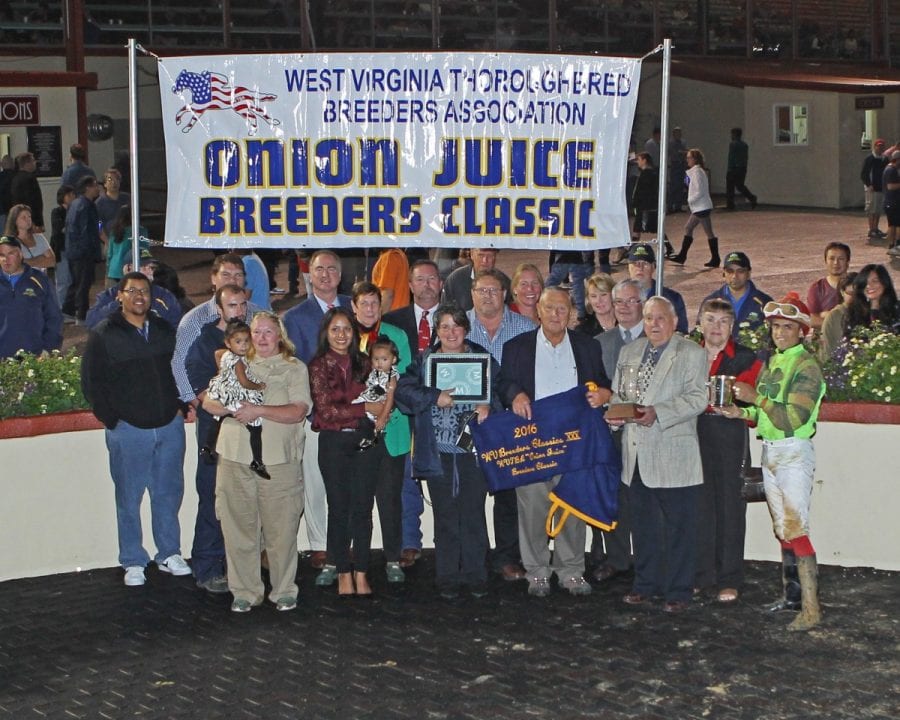 He missed earning the 1,000th win of his career narrowly in the first race last evening at Charles Town when Just Trey’s late surge fell a head short.  And his mounts didn’t make much impact in four subsequent races.

That left just one race on the card, a $5,000 claiming event going seven furlongs, in which his horse, Aritzia, was the 2.60-1 second choice at post time.

Aritzia, a three-year-old Elusive Quality filly trained by Jeff Runco, found herself in seventh early as a scrum of horses pulled the field through a quarter mile in 24.06 seconds and a half in 49 seconds flat.

Montano steered her outside up the backstretch, and she began a steady advance while wide on the course.  Entering the turn for home, she ratcheted up the pressure and finally took the lead midway on the turn.

In the lane, though on the wrong lead, she widened her advantage with every stride, en route to a nine-length win in 1:27.71.  Aritzia, a Silverton Hill Farm homebred, now has three wins from eight career starts and earnings of $38,350.

Montano, a native of Mexico, began his career in 2011 but burst on the racing scene the following year, when he won 226 races (at a 21 percent strike rate) and earned the Eclipse Award as top apprentice jockey.  His mounts earned over $3.6 million that year.

He has remained at Charles Town ever since, while continuing to win at a fast clip.  He has won at least 146 races in each subsequent year with purse earnings of at least $2.5 million each season.  So far in 2016, he has 174 wins with just less than $2.6 million in purse earnings.

Overall, Montano now has 1,000 wins from 4,387 starts, a 22.8 percent win rate, with career purse earnings of over $15.6 million.  He has also won seven West Virginia Breeders Classics races, including the 2014 Classic with Russell Road, 2015 Cavada with Cuppa Mocha Mojo, and this year’s Onion Juice aboard Follow the Notion.