For De Francis family, a big day, and memories of dad 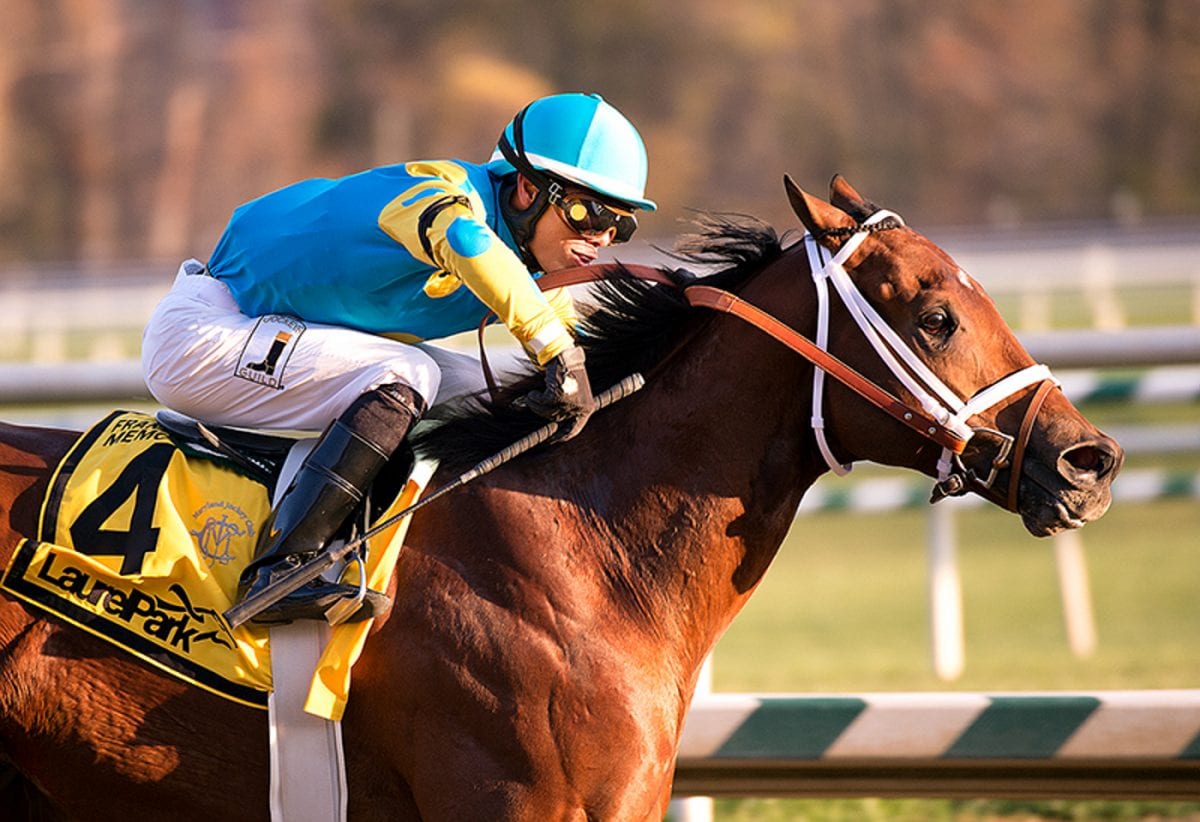 This Saturday afternoon when Laurel Park hosts the 25th edition of the Grade 3, $250,000 Frank J. De Francis Memorial Dash, the nine owners, trainers and jockeys with horses in the race will be seeking to put their names in the books as winners of a race that held Grade I status for 11 straight runnings.

But for Joe De Francis, his sister, Karin and their immediate family, the latest edition of the De Francis Dash will have a different meaning.

They’ll be thinking of their father, Frank, in whose honor the race is named.

“The one thing that always impresses me the most is how many people have great stories to tell about my father,” Joe De Francis said in a phone interview on Wednesday. “He had such a profound impact on so many people, and not just in racing. But it’s great to hear everyone tell their stories about what he did for them and for the sport in Maryland. It really is the best reason to be there on Saturday, knowing that so many people have so many fond memories of my father.”

Frank De Francis and partners Robert and John Manfuso and Martin Jacobs owned Laurel and then both it and Pimlico during the second half of the 1980s.  De Francis, the New York Times said when he passed, was given “most of the credit for saving Maryland’s racing.”

Joe De Francis, a lawyer by training who assumed the presidency of the Maryland Jockey Club on his father’s death, recalls wanting to create a race that would be a fitting tribute to his father shortly after he passed away in August 1989.

From the get-go, the De Francis Dash was able to attract many of the best older sprinters from across the country. Fittingly, the inaugural running of the De Francis Dash – on August 18, 1990, a year to the day following Frank De Francis’ death — would have a genuine local feel as Northern Wolf, a Maryland-bred son of Wolf Power trained by former Major League Baseball player Hank Allen and conditioned at the Bowie Training Center, posted a mild upset in track record time.

“All of the editions of the De Francis Dash have a special meaning,” Joe De Francis said. “But it’s obviously difficult all of the emotions that we felt watching the first running at Pimlico since it was so close to my dad’s passing. We wanted to create a race that would truly reflect everything my father did for the sport in Maryland. We thought have a top-notch race for sprinters, especially at that point on the calendar, would attract a great field and be a great race and it definitely was. For our family, De Francis Dash Day is the equivalent of the Kentucky Derby and the Dubai World Cup. It’s not as big a purse, but the meaning for us is still very, very important.”

Subsequent runnings of the De Francis Dash would validate the inaugural edition, as the race became a major focal point for trainers seeking to establish their sprinters as among the best in the land. For well over a decade it clearly was among the best races, eventually garnering Grade I status as Eclipse Award winners Housebuster, Cherokee Run, Smoke Glacken, Thor’s Echo and Benny the Bull all won the race. Hall of Fame fillies Safely Kept and Xtra Heat both competed in the De Francis Dash against male rivals.

In its early years, the race was a summertime fixture.  That changed in 2001, when the Maryland Jockey Club switched it to November, following the Breeders’ Cup.

“When you look at the long list of horses that have won the race, it really has been everything that we hoped it would be,” Joe De Francis said. “When the race was created, it was in the best spot on the calendar to attract many of the best older sprinters. I think it could still regain Grade I status at some point, at least that’s something everyone in our family is hoping for. It’s tough to get horses from the Breeders’ Cup [Sprint] when the races were out in California, but I expect it will be a quality field.”

In the last year or so, De Francis, who left the Maryland Jockey Club in 2007, has again come to the fore in a perhaps more controversial way.  He is chairman of the Humane Society’s National Horse Racing Advisory Council.  The Humane Society has been working with the Jockey Club, Breeders’ Cup, and some other racing entities to promote federal legislation that would centralize medication rules, penalties and testing.  That legislation is fiercely opposed by horsemen’s groups and by most state racing commissions.  But De Francis says the legislation is vital to the future of the sport.

“Most of the trainers and owners and people in this industry and completely legitimate and honest, hard-working people,” De Francis said. “The others who do not play by the rules who look to manipulate the differences in the rules from state to state are a very, very small number of people. But what horse racing needs to do and we’ve already looked to get congressional legislation passed regarding the medication rules to create a national standard that all states must abide by. We realize that this is going to take time, but it’s probably more likely to get something passed on a national level than by going from state to state and getting them to change.”

De Francis was all too familiar with the backlash the sport endured immediately after Barbaro broke down before passing the finish line the first time in the 2006 Preakness Stakes. It was a bitter ending to the feature race on the biggest day in Maryland thoroughbred racing – and one that De Francis believes could have had far-reaching, disastrous implications.

“The only thing that saved the horse racing industry from being absolutely eviscerated by an absolute tsunami of public outrage and bad publicity over the tragic injury to Barbaro was the fact his owners – Roy and Gretchen Jackson – and his trainer, Michael Matz, were people of the very highest integrity who were absolutely beyond reproach,” De Francis said. “If, in the future, God forbid, we were to suffer a tragic breakdown in a Triple Crown race that could be traced to some form of medication abuse or misuse, it would result in turning away generations of fans that in my opinion will never return to the sport, certainly not in my lifetime.”

Perhaps, but this Saturday afternoon, De Francis and his family and friends will turn their attention to sunnier matters: the 25th edition of the lucrative, graded stakes named in honor of their father.

“This is always one of our favorite days of the year,” De Francis said. “There are so many people who always share their stories of my father and of course, I have countless stories to share with them. But the De Francis Dash has always been a fitting tribute to my father and everything that he meant for racing and everything that racing meant to him and it’s always an emotional day.  But many of those emotions are very happy and pleasant ones thanks to everyone’s memories of my dad.”