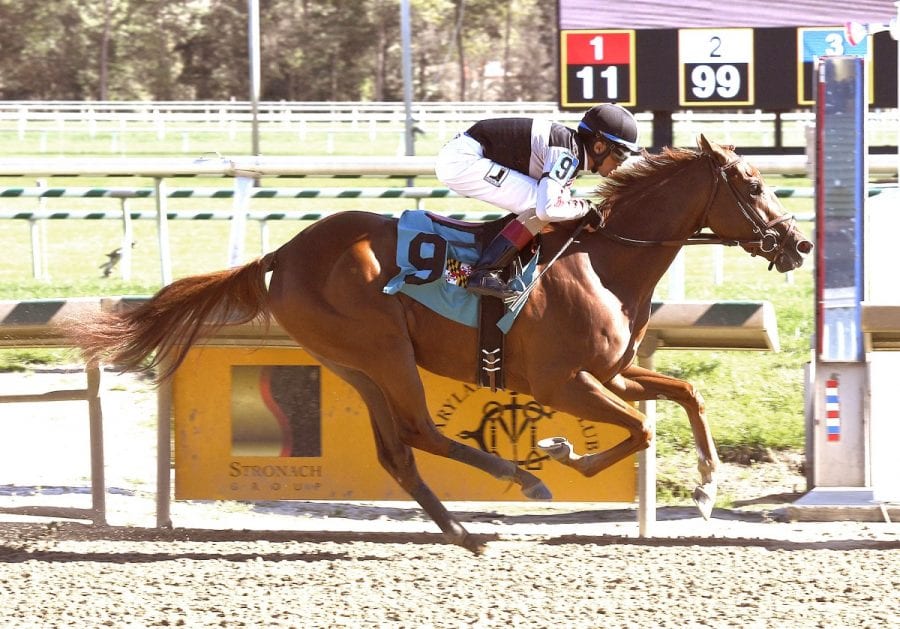 Owned and trained by Cal Lynch, Clairvoyant Lady earned her diploma with a gutsy neck victory in her second start July 15 at Laurel going five furlongs. Last time out, she came back Aug. 3 with a late surge in final 30 yards to win her stakes debut at Delaware Park.

“She’s still growing. She’ll want to go two turns. We freshened her up since that race at Delaware and she’s coming into it pretty good,” Lynch said. “We’re cautiously optimistic. The last race surprised us a little bit that she ran so good going 5 ½ [furlongs]. This is a little further on her home track. She’s a bit of a grinder so I think she wants to go a little further. This will be a good steppingstone to something else.”

Sagamore Farm’s well-regarded homebred Riley’s Choice will make her stakes debut in the Smart Halo, exiting a front-running 3 ¼-length maiden victory Oct. 9 at Laurel. It was her first start since coming up empty in her highly anticipated debut July 1, where she finished fifth.

“She’s doing well. She’s training here on the farm and has just been doing everything right,” trainer Horaco DePaz said. “We were thinking she was going to put in a good effort [last time] but we kind of thought she would get it done in her first race, so that left us a little bit puzzled. She’s going into it well.”

Regular rider Victor Carrasco has the mount on Riley’s Choice from Post 8.

“The race looks like there’s a little bit of speed in there. It’s all up to Victor and how he feels comfortable with the filly,” DePaz said. “She’s got the outside post so that’s a really good position for us because he can kind of decide what he wants to do with her. We’re going to leave it in his hands.”