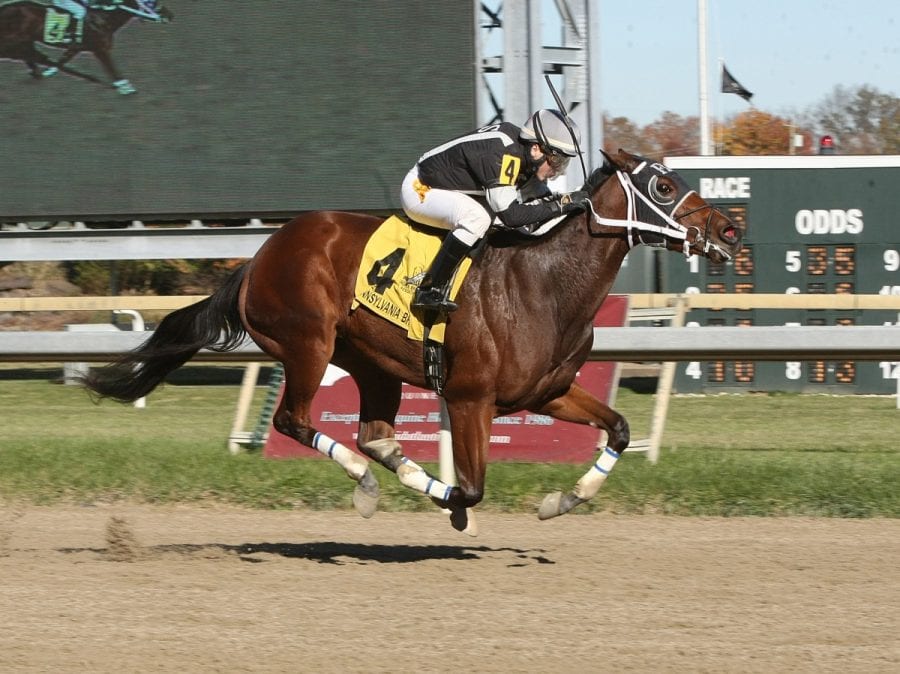 Bettors didn’t have much use for True Sweetheart in yesterday’s third race from Parx Racing.  The two-year-old filly went off at 10-1 in the $20,000 maiden claimer.

They had plenty of use for her afterwards, though, as she romped home to a 10-length win in a solid 1:12.76 for six furlongs.  In the process, she provided her sire, Pennsylvania-based Uptowncharlybrown, with his first winner.

With Lery Pinero up, True Sweetheart dueled briefly for the lead, holding a half-length advantage after a quarter mile in 22.60 seconds.  The Edward Coletti trainee extended her lead rounding the turn, was two lengths to the good at the quarter pole, and readily widened from there.

She was bred in Pennsylvania by Fantasy Lane Stable, which also owns her, and is out of the unraced Malibu Moon mare Moonlight Serenade.

Uptowncharlybrown, with his first crop of runners juveniles, now has one winner from three starters to date.  As a racehorse, the son of Limehouse won $125,030 and one stake in his career, and he twice placed in graded stakes.