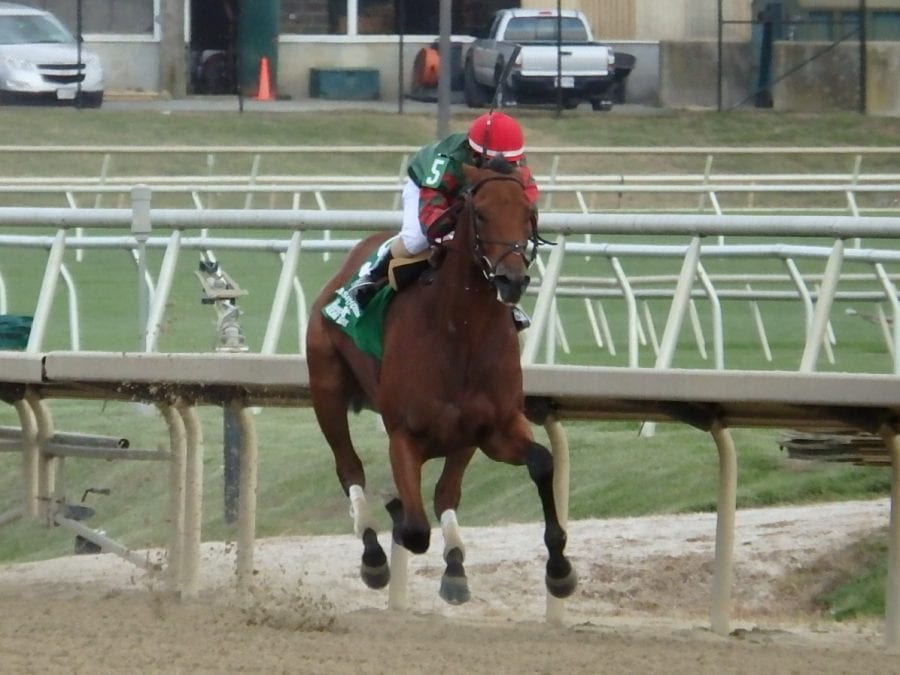 Corvus. Photo by The Racing Biz.

The bay son of Dance With Ravens, who debuted last fall with a victory in the six-furlong Maryland Million Nursery on dirt, was making his second straight grass start in the $42,000 allowance for 3-year-olds and up.

“He ran really well last time and got in a little bit of trouble. I thought he should have been second. It was the luck of the race,” said Voss, who also trains Corvus. “We’re just trying to get him to relax. He sat off the pace last time, but nobody wanted the lead today. He’s a fast horse, so 24 and 49 [seconds] is going easy for him. He had plenty left in the stretch.

“He came out of the last race really good,” she added. “This was a little quick back but there really wasn’t any other option for him that wasn’t too close to Maryland Million. If he comes out of this good we’d like to try that if it doesn’t come up too tough. If he’s good, we’ll go.”