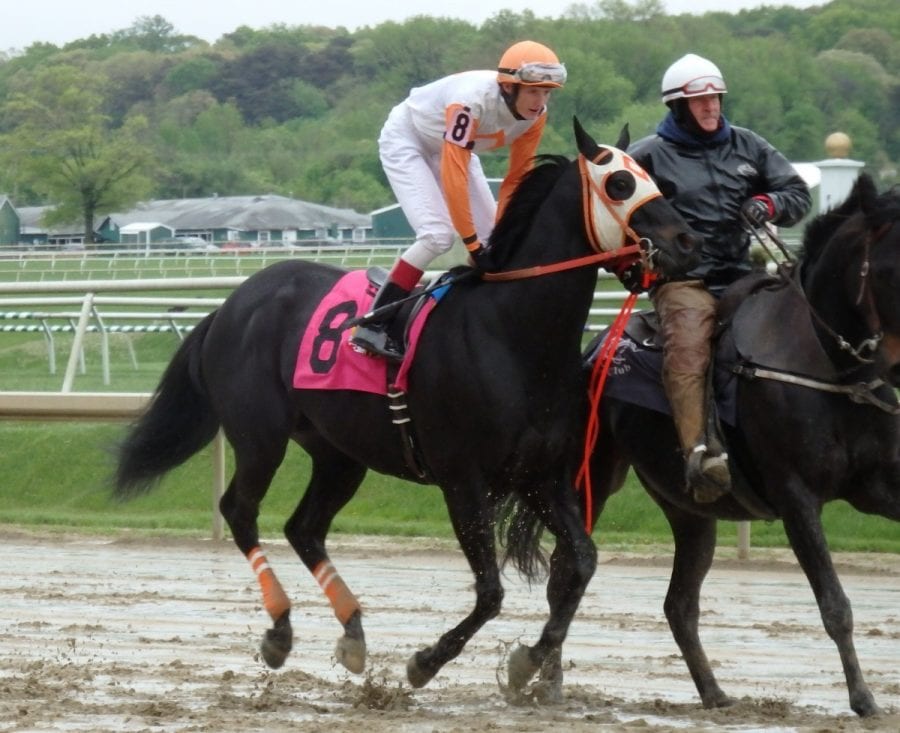 Ben’s Cat in the post parade. Photo by The Racing Biz.

Led by Maryland-bred multimillionaire Ben’s Cat, a total of 35 horses were nominated to the closing weekend stakes on the final Saturday of Laurel Park’s 24-day summer stand Aug. 20.

The $75,000 Mister Diz for 3-year-olds and up and the $75,000 Jameela for females 3 and older, both for Maryland-bred/sired horses going six furlongs on the turf, highlight Laurel’s annual Maryland Pride Day program.

Bred, owned and trained by Hall of Fame horseman King Leatherbury, 10-year-old Ben’s Cat is going for his seventh straight win in the Mister Diz. According to statistics provided by Equibase, it would match the record set by Leaping Plum in Fonner Park’s Grasmick Handicap (1995-2001).

The Jameela attracted 18 nominations topped by Monster Sleeping and Everything Lovely, who ran 1-2 in last year’s race. A multiple stakes winner of $521,207 from 50 career starts, 7-year-old Monster Sleeping is one of two Dale Capuano-trained horses nominated, along with 4-year-old filly Rocky Policy, claimed for $32,000 out of her last start June 10 at Pimlico.