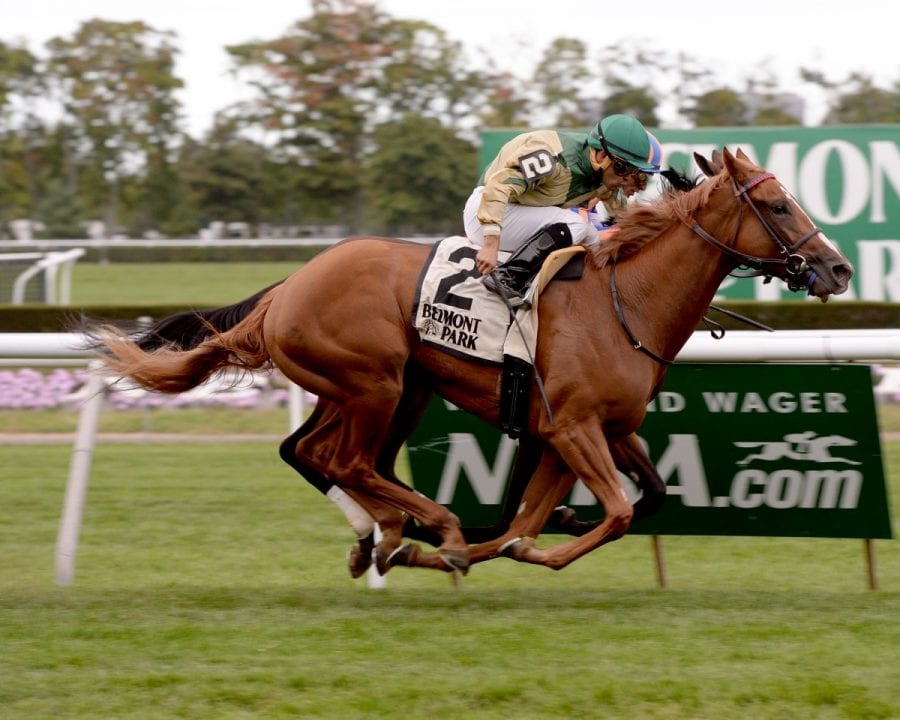 Tin Type Gal makes the second start of her 2016 campaign and will try to grab the second graded stakes win of her career in the Grade 3, $100,000 Boiling Springs Stakes, going a mile and a sixteenth on the turf.

“She has been looking good,” said conditioner Graham Motion. “She worked on the grass the other day and did well with the last quarter of a mile being slightly uphill here (Fair Hill).”

Tin Type Gal has worked twice since her last start on June 19, one over the polytrack as well as the turf course at Fair Hill. In her latest, she went four furlongs in :49 2/5 on July 15.

Owned by My Meadowview Farm LLC, Tin Type Gal broke her maiden in only her second start at Saratoga last year and came back a month later to finish her 2015 season with a score in the Grade 3 Miss Grillo Stakes at Belmont Park on Sept. 27 after sitting fifth, seven lengths off the lead, on the backstretch before storming home late to win by a nose.

The 3-year-old filly by Tapit out of the Deputy Minister mare Miss Shop made her inaugural start of 2016 in the Wild Applause Stakes at Belmont on June 19 where she had to go six wide on the far turn before finishing fifth beaten just two lengths by Grade 2 winner Ancient Secret.

“I would imagine her being closer up on the pace Sunday,” said Motion when asked about tactics for the race. “Last race, she didn’t break too well and I think that kind of hurt her because she was so far back.”

Trevor McCarthy will be aboard Tin Type Gal for the first time in the Boiling Springs.

Three fillies that Tin Type Gal will have to get by to get to the winner’s circle are coming off wins in the their last start: Galileo’s Song for Chad Brown; Winter for James Lawrence II; and, Hidden Treat for Arnaud Delacour.

Miss Inclusive is making her first career start on the turf for trainer John Servis. She won the Parx Oaks after stalking the early pace and scoring a half-length victory on May 7.