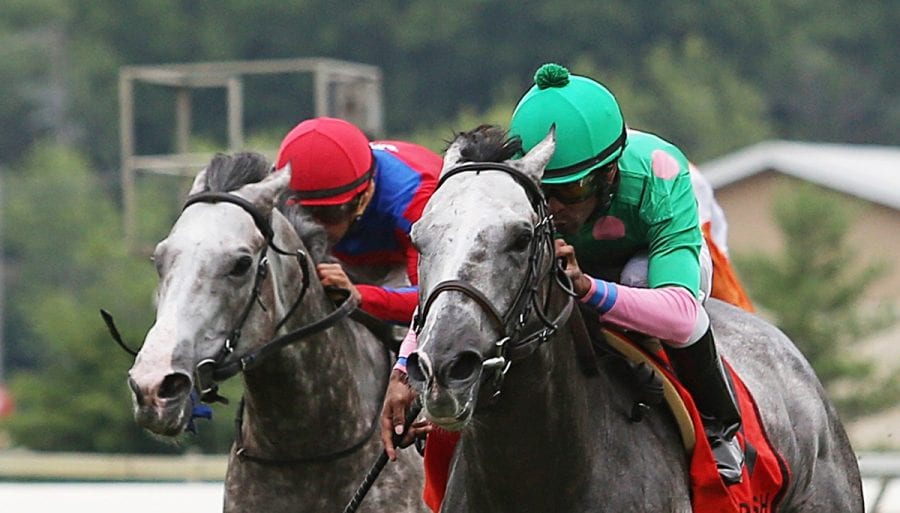 Pure Sensation and jockey Kendrick Carmouche made it two straight graded triumphs when they rocketed to a two-length victory in today’s Grade 3 Parx Dash at Parx Racing.

The Christophe Clement trainee had won the Grade 3 Jaipur at Belmont Park in his prior start.  The five-year-old son of Zensational also won the Grade 3 Turf Monster over this same strip last year.

Today, Pure Sensation zipped to the early lead with speedy Rocket Heat in his hip pocket.  The duo zipped through a quarter mile over yielding ground 22.50 seconds, two lengths clear of their nearest pursuers.

In the lane, Pure Sensation divested himself of Rocket Heat, opening a two-length lead leaving the furlong grounds, and had plenty in the tank to win by 2 1/4 lengths over Power Alert, who sat off the duel nicely but had no kick in the lane.  Fan favorite Ben’s Cat rallied from sixth to finish third but was never a threat, finishing two lengths behind the place horse.  Running time for the five furlongs was 57.35 seconds.