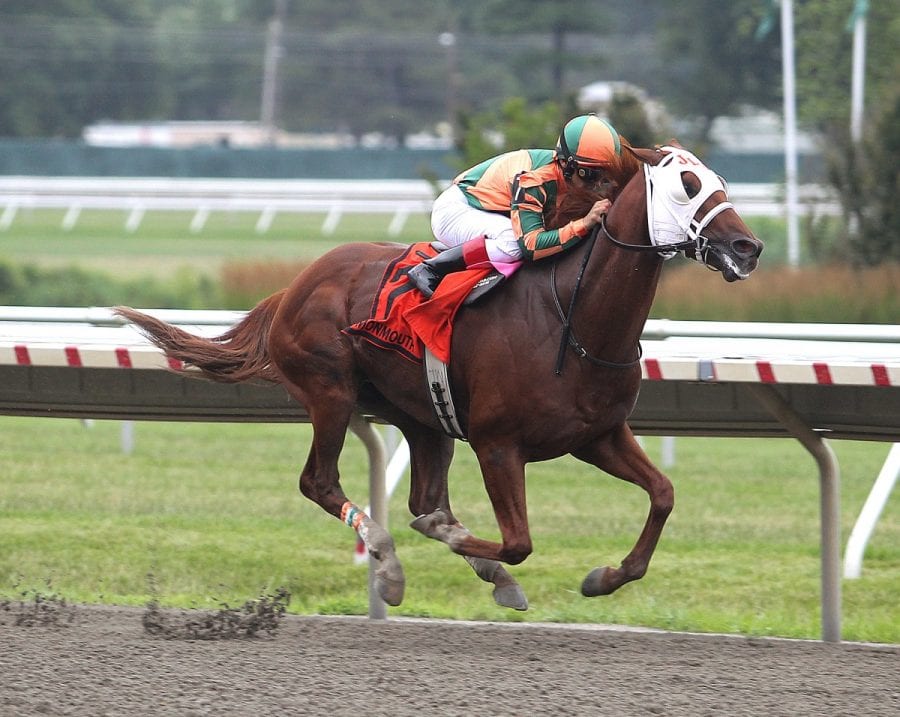 Governor Brereton C. Jones’s No Distortion sat off the early pace of Tiz Long Gone before moving by that foe entering the far turn and repelled a brief challenge by Unbridled Daddy to capture the $100,000 Long Branch Stakes by 3 ¼ lengths at Monmouth Park before a crowd of 10,616 on Saturday.

“He’s finally putting it all together,” said winning trainer Larry Jones. “The way he ran over this track today, if he comes out good, we certainly want to come back for the Haskell (July 31). Governor Jones was second in the race two years back with Albano and I know he’d love another crack at it.”

A younger brother to champion Proud Spell, No Distortion covered the mile and a sixteenth over a main track labeled “good” in 1:42.81. The winner paid $7.80, $4 and $3.20 and topped a $50.60 exacta. Unbridled Daddy checked in second, paying $6 and $3. It was another three lengths back to Uncle Vinny, who paid $3.40 to show in the field that scratched down to five runners.

“He came out of the gate running and I got into good position right from the beginning,” said winning rider Gabriel Saez. “I was just trying to get him relaxed and keep him together around the first turn. Around the second turn, he really started to get it into gear. When it was time to get going, he just answered and got the job done.”

A colt by Distorted Humor from the Langfuhr mare Pacific Spell, No Distortion sports a record of 3-2-2 from ten outings, good for earnings of $142,480.