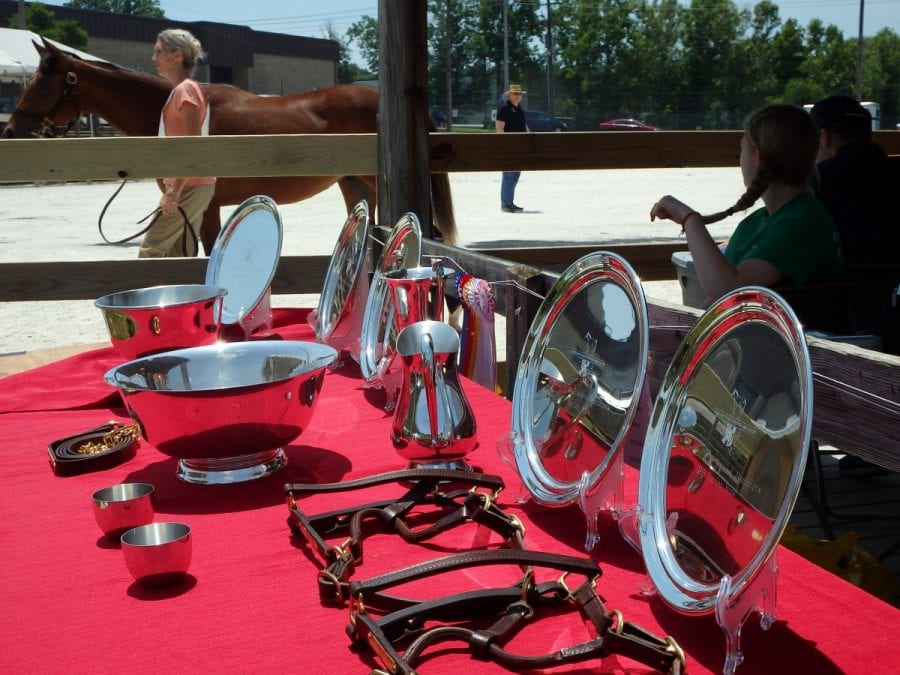 Trainer John Servis selected Sagamore Farm’s filly by Into Mischief out of the Not For Love mare Roadtohanna as champion of the 82nd annual Maryland Horse Breeders Association’s Maryland-bred yearling show, held on Sunday, June 26 at the Timonium Fairgrounds horse show ring in Timonium, Md.

The winner of Class IV (for fillies conceived in states other than Maryland), the bay filly was one of 115 yearlings to compete in this year’s show, the largest number to be judged since 2004. The filly fit the type the Kentucky Derby/Preakness-winning trainer looks for. “I like a big, rangy, two-turn looking horse and that was her,” said Servis. “She had a lot of the things that I like. She looked very athletic.” He also noted of his top selections of the 33 shown in the class, “I wouldn’t mind having any one of those five fillies in my barn.”

The champion Into Mischief filly is the seventh foal for her dam, who has produced four winners from as many starters: stakes winner Tell a Great Story, graded stakes-placed Give No Quarter, stakes-placed All I Karabout and $237,825-earner Going to Market. Roadtohanna was one of the first purchases made by Kevin Plank’s Sagamore team when he entered the Thoroughbred business in 2006. Sagamore Farm has had a long history with the MHBA Yearling Show, initially with Alfred G. Vanderbilt, who exhibited seven champions, which remains the record for an owner in the show’s history. Modern-day Sagamore Farm also bred, owned and exhibited the 2013 champion Macho Uno filly. 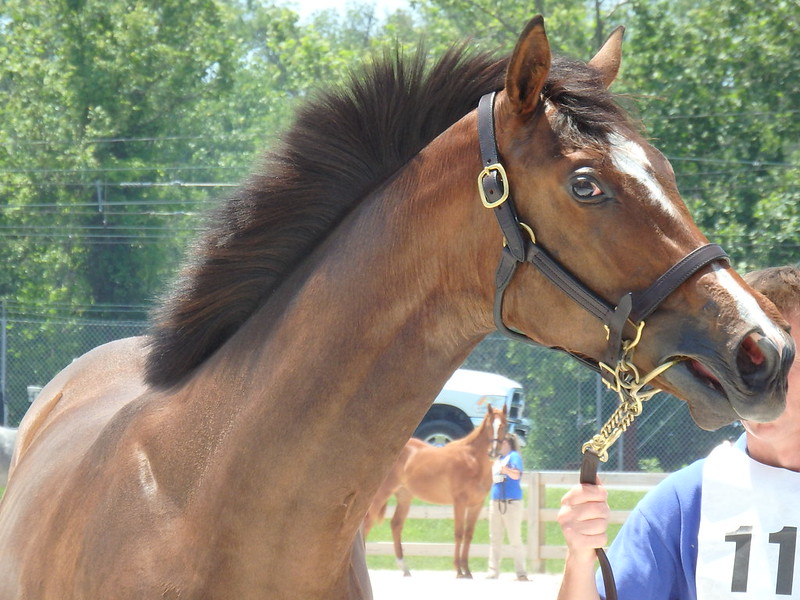 Servis’ reserve champion was the winner of Class II, for colts conceived in states other than Maryland. “He had that athletic look to him. He wasn’t a big horse, but he looks like a horse who has plenty of length to him and would probably stretch out with no problem,” Servis commented. A dark bay son of Maclean’s Music—Keeper Kell, by Two Punch, owned and bred by R. Larry Johnson, the colt descends from Johnson’s foundation mare Ran’s Chick. He is a half-brother to stakes-placed Change of Seasons.
The leading Maryland sire of the show was Freedom Child, a son of Malibu Moon who stands at Country Life Farm in Bel Air, Md., and whose first crop are yearlings. Freedom Child took title to the Northview Stallion Station Challenge Trophy by having three ribbon winners, a second and third in Class III for Maryland-sired fillies, and a second in Class I for Maryland-sired colts and geldings.

The “Young Showmanship Award” was presented by the MHBA for the first time, and the recipient was 14-year-old Katie Morgan of Chesapeake City, Md., who received $100 for the special award, which recognizes handling as well as fitting.

For colts and geldings foaled in Maryland, the produce of mares covered in states other than Maryland (19 exhibited):

For fillies foaled in Maryland, the produce of mares covered in states other than Maryland (33 exhibited):