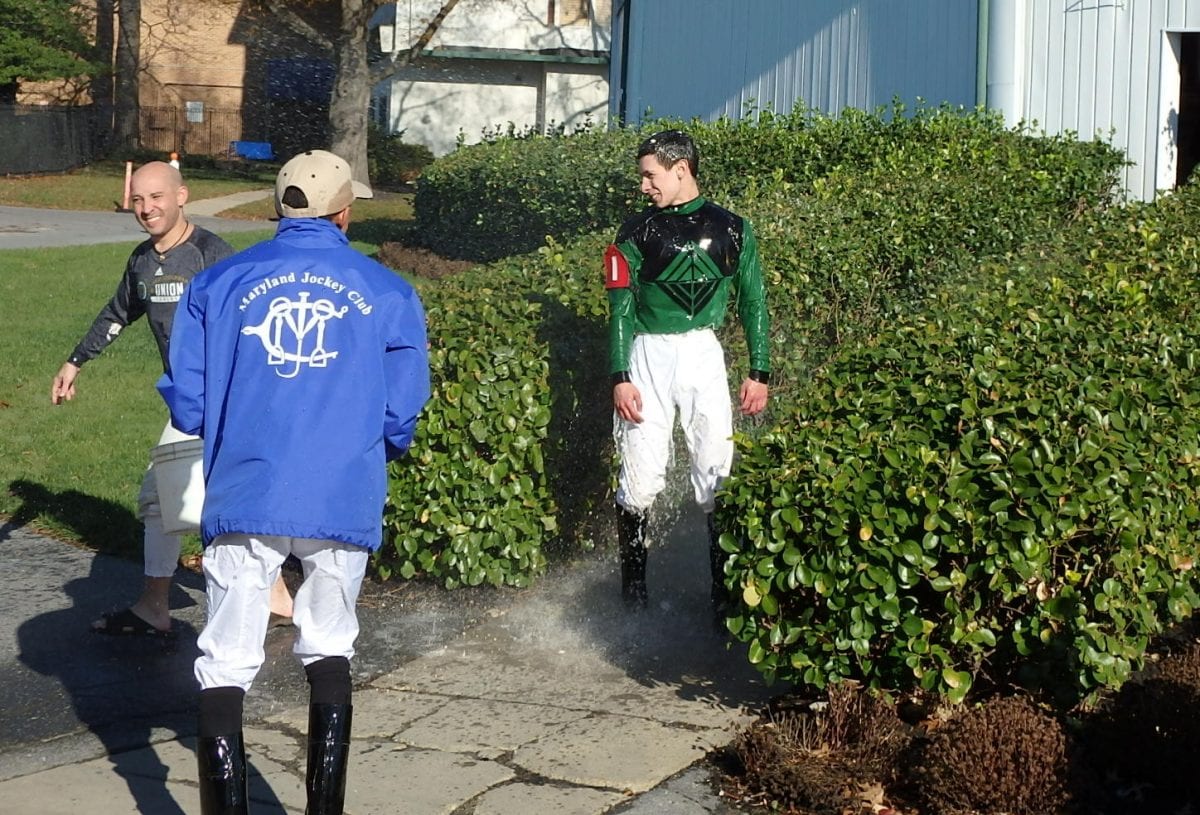 Lane Luzzi got the traditional greeting after his first win. Photo by The Racing Biz.

Apprentice jockey Lane Luzzi, fifth in wins and money won during Laurel Park’s winter-spring meet, will move his tack from Maryland to South Florida and Gulfstream Park beginning this weekend.

“It’s been in the works for a few weeks now,” Luzzi said. “An agent down there, Walter Blum Jr., he saw me ride and noticed I could be doing a little better than I was here in Maryland. It came to a point where I wanted a little more experience, a chance to get on some better horses, and make a move. It’s probably a good thing for me.”

“I just really appreciate all the opportunities to be able to get started,” he said. “I’ll never forget my first win, my first ride. It all started in Maryland. I really developed as a rider in Maryland and I hope I can take what I’ve learned and bring it to Florida.”

Luzzi is scheduled to ride at Pimlico and Penn National Thursday before he “hopes to ride a race or two” Saturday at Gulfstream.” Gulfstream will play host Saturday to Summit of Speed Preview Day, featuring seven stakes races.