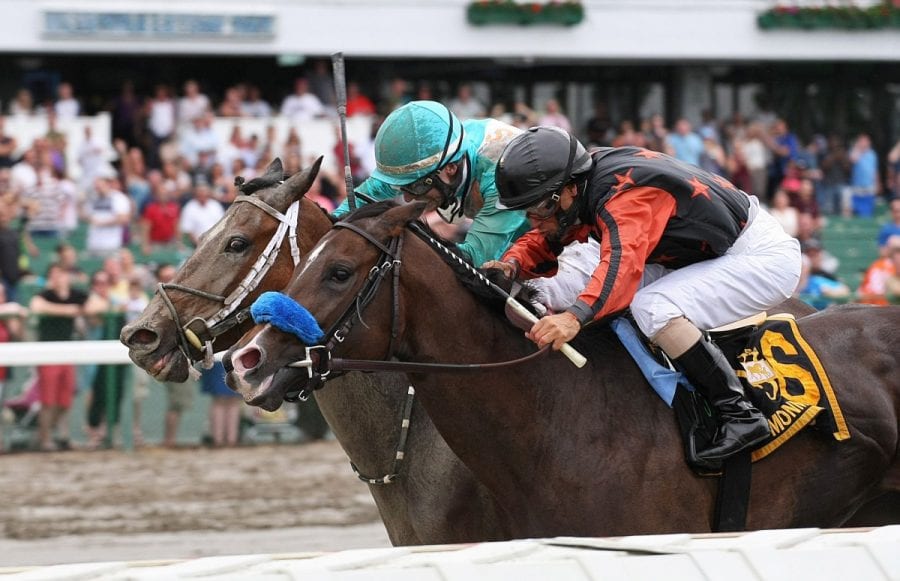 Four stakes were contested in the mid-Atlantic region over Memorial Day weekend.  The winners: 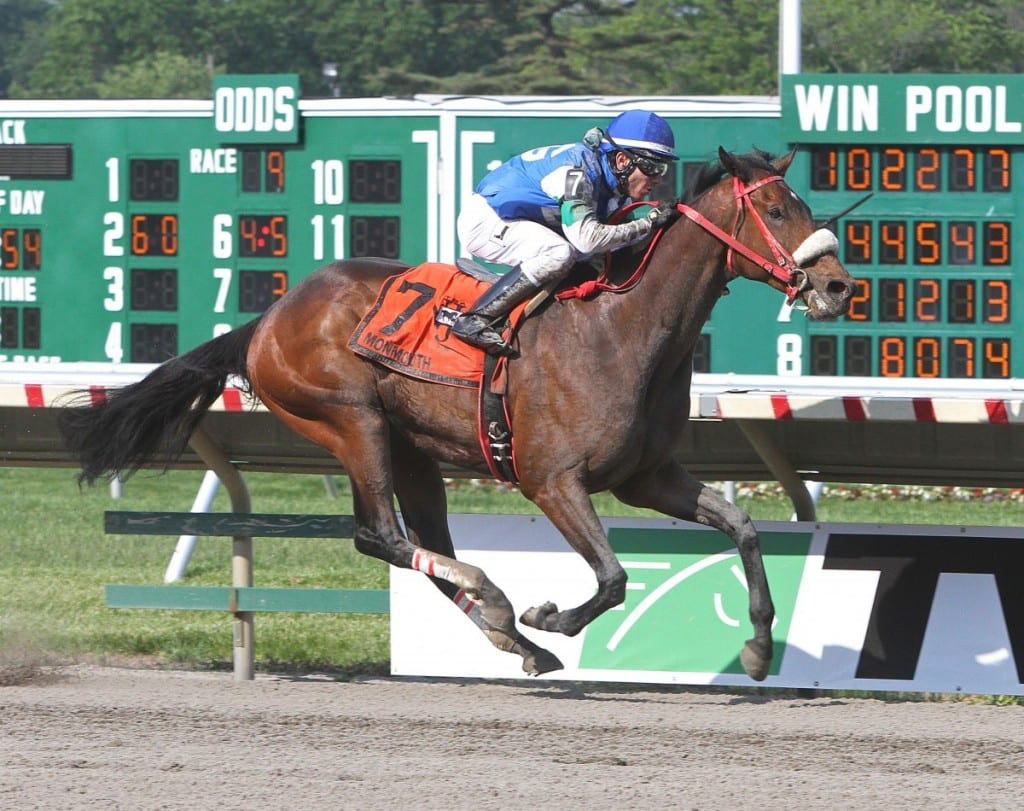 Chublicious won the $60,000 John J. Reilly Handicap for New Jersey-breds at Monmouth Park on Saturday.  The five-year-old son of Hey Chub, with Antonio Gallardo up, completed six furlongs in 1:09.28 for a 1 1/2 length victory over odds-on favorite Green Gratto.  Chublicious was bred by Joe-Dan Farm.  He is trained by Jorge Navarro for owner David Gruskos.  It was the horse’s first stakes win and pushed his career earnings to $202,980 on six wins from 13 starts.

One of the longest shots on the board prevailed Saturday at Penn National when Devilwentogeorgia won the $100,000 Lyphard Stakes for Pennsylvania-bred fillies and mares at Penn National by a neck over Rock Me Again.  Devilwentogeorgia, a five-year-old daughter of Devil His Due who was ridden by Dana Whitney, stopped the clock in 1:41.43 for 1 1/16 miles on the grass and rewarded backers with a $95 win payout. Devilwentogeorgia was bred in the Keystone State by Samantha E. Kamen & Devil His DueSyndicate and is owned by In To Win Racing LLC.  She is trained by Eduardo Rojas.  That was her first stakes victory and gave her three wins from 19 career starts, with earnings now of $128,617. 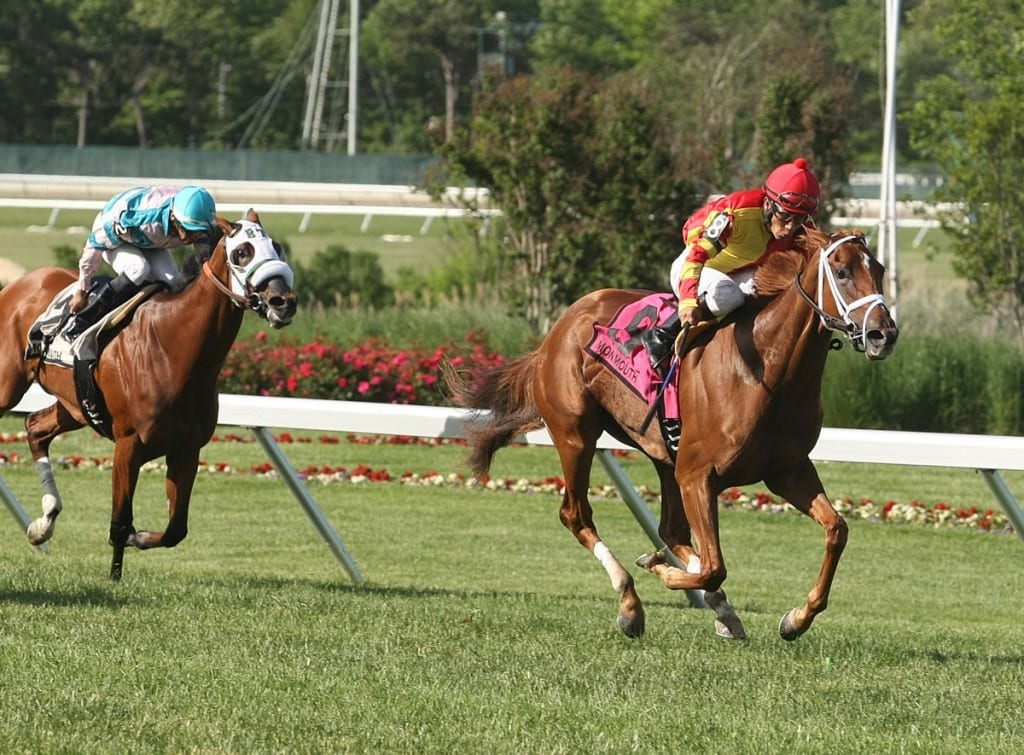 Graded winner Isabella Sings won her second stake over the Monmouth Park lawn Sunday, taking the $82,000 Miss Liberty Stakes by 1 1/2 lengths as the even-money favorite.  Isabella Sings covered the one-mile distance in 1:33.61 over firm turf, not far off the track record of 1:33.33.  Ridden by Paco Lopez, she stalked the sharp pace set by My Sweet Girl, who finished fifth, and enjoyed an inside journey before tipping out in the lane and coming on to win.  She is trained by Todd Pletcher for owner-breeder Siena Farm LLC and now has five wins, and earnings of $391,950, from 14 starts. 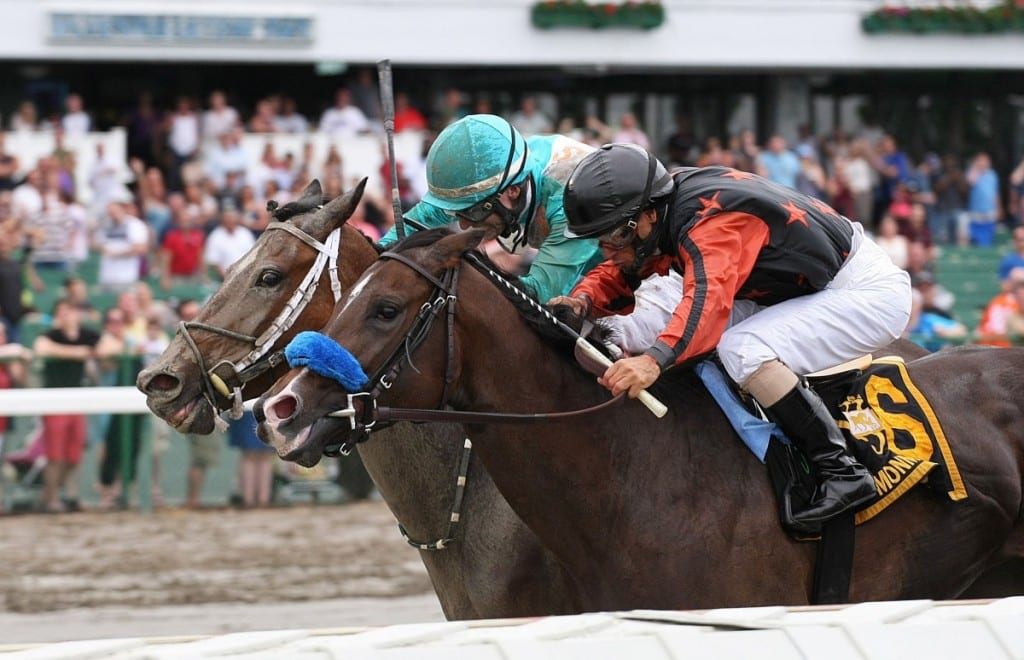 She’s Hot Wired (outside) narrowly prevails over Bustin Out. Photo By Ryan Denver/EQUI-PHOTO

Five-year-old She’s Hot Wired has suddenly gotten good, winning three of her last five starts (after scoring in just two of her first 30) and on Memorial Day earned the first stakes win of her career, taking the Open Mind Handicap for New Jersey-bred fillies and mares at Monmouth Park.  The five-year-old daughter of Cable Boy zipped the six furlong distance in 1:10.91 under jockey Trevor McCarthy, winning by just a nose over Bustin Out and a neck over Love Came to Town.  Favored More Than a Party finished fifth.  She’s Hot Wired was bred by Colonial Farms and is trained by Mario Serey, Jr. for owner Lawrence Dillone, Jr.