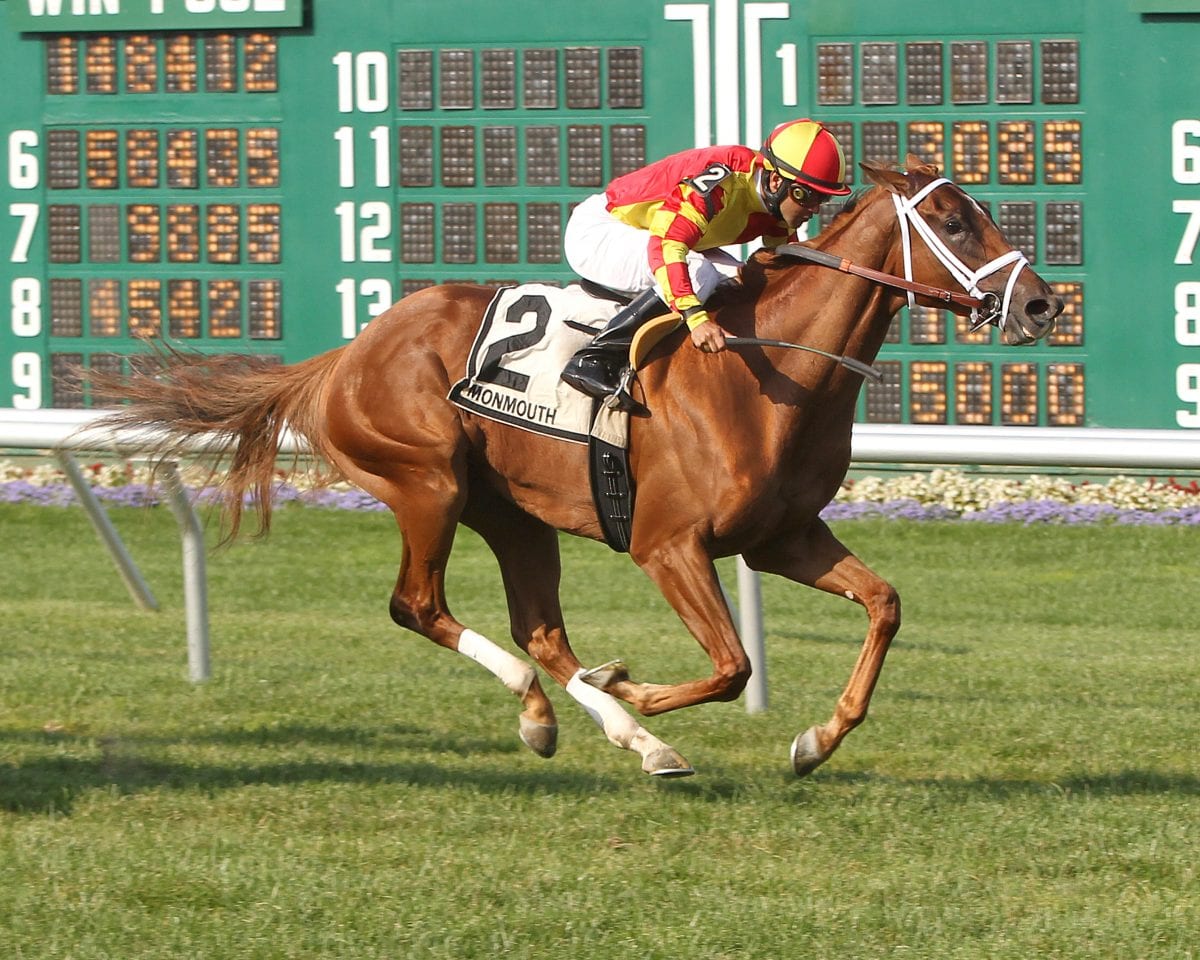 Isabella Sings is one of the top contenders in the Miss Liberty. Photo by Ryan Denver/EQUI-PHOTO

Crush Management & DJ Stable LLC’s Cali Thirty Seven looks to make it three wins in a row, two in stakes company, as she faces 13 other fillies and mares in Sunday’s $75,000 Miss Liberty Stakes, going a mile on the turf.

“She has been doing good since coming back to Monmouth,” said trainer Joe Orseno. “She has done great since we put her on the grass.”

The 4-year-old filly by Eskendereya out of the Carson City mare Mama Tia is coming off of her first career stakes score in the Powder Break on April 30 at Gulfstream Park when she took the field wire-to-wire to score by a length and a quarter.
Since returning to Monmouth from Gulfstream, Cali Thirty Seven has worked once over the main track, where she went four furlongs in :53 on May 16.

“She’s used to having open gallops like that last one so it isn’t a question of fitness with her,” said Orseno.

Along with going for her third straight win, Cali Thirty Seven is going for her fourth straight at the mile distance dating back to July 19 when she beat allowance company in typical front-running fashion by three lengths on the Monmouth turf.

“I don’t mind the post for her,” said Orseno about Cali Thirty Seven breaking from post 3. “There are some horses with some speed so we won’t rush her. She just doesn’t like being trapped on the inside.”

To keep her multiple streaks going, Cali Thirty Seven will take on a strong field led by graded stakes winner Isabella Sings, out of the barn of Todd Pletcher, who won the Grade 2 Mrs. Revere Stakes on in Nov. 14 at Churchill Downs with Paco Lopez riding, who will be aboard once again on Sunday.

Also entering the starting gate on Sunday is Speed Seeker for Joan Scott, who set a stakes record two starts back in the Tampa Bay Downs Distaff Turf on April 9, and Notte d’Oro for Christophe Clement, who finished second behind Cali Thirty Seven last time out.

The Miss Liberty goes as race nine on Sunday’s 10-race program. Gates will open early at 11 a.m. as Monmouth Park hosts the second of a three-day Food Truck Festival.