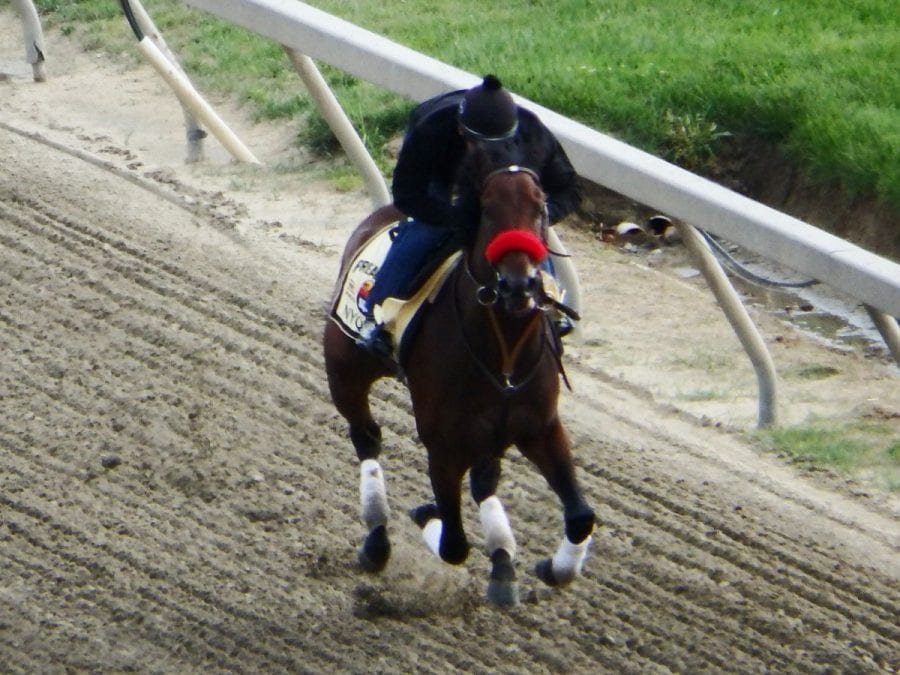 Nyquist will pass on the June 11 Belmont Stakes, instead returning to his California base for some rest and recuperation, assistant trainer Jack Sisterson said this morning from Pimlico Race Course.

The son of Uncle Mo had had a fever yesterday, prompting the barn to send out a blood sample for testing.  The blood work came back with a “slightly elevated white count,” Sisterson said.  “We took his temperature again, and that came back slightly elevated,” as well, Sisterson added.

Nyquist had won the first eight starts of his career, five in Grade 1 company, before running third in Saturday’s $1.5 million, Grade 1 Preakness Stakes at Pimlico.  The two-year-old champion, Nyquist went off as the 3-5 favorite but finished third in the Preakness, 3 1/2 lengths behind winner Exaggerator and nosed out for the place spot by the late-arriving Cherry Wine.

Sisterson said that, once Nyquist’s health permits, he will be flown back to California and will be pointed to a summer return to racing, possibly at Saratoga.