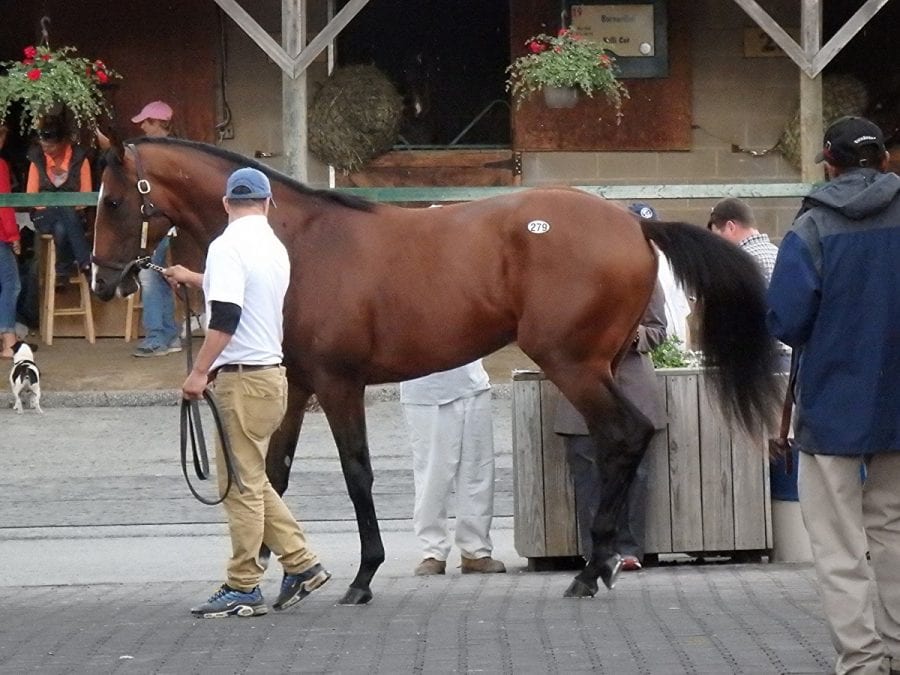 From a Fasig-Tipton release

For the second year in a row, a seven-figure filly topped Fasig-Tipton’s Midlantic Two-Year-Olds in Training Sale held annually in Timonium, MD. The sale concluded its two-day run on May 24 with a record-high gross of $23,136,400, which was about two percent higher than last year’s.

Hip 490, a filly from the second crop of champion Uncle Mo lit up the board mid-afternoon on May 24 to top the 2016 edition of the Midlantic juvenile sale. On the merits of a 21:2 two furlong work during the under tack show, the Pike Racing-consigned filly caught the eye of Chester Broman and trainer Linda Rice, who went to seven figures to secure the sale-topper.

“She is an Uncle Mo and worked brilliantly and galloped out well,” Rice said of the sale-topper. “We knew she was going to be expensive.”

Hip 490 is out of Dream Street (Tale of the Cat), dam of four winners, including Grade 2-placed winner Lassofthemohicans (Indian Charlie), with an immediate family that includes two-time champion and multiple G1 winner Housebuster. The sale-topper was bred in Kentucky by T.F. VanMeter, Gaines-Gentry Thoroughbreds, and Fox Strauss.

Hip 461, a Pennsylvania-bred colt by Maryland sire Friesan Fire, led male juveniles sold when acquired by Crupi’s New Castle Farm for $825,000 during Tuesday’s session. Offered by Scanlon Training & Sales as agent, the colt worked an eighth in 10:0 during the under tack show and hails from the immediate family of G1 winner Our Native. The top colt was bred in Pennsylvania by Hope Hill Farm.

Six horses sold for $500,000 or more, up from four horses sold equal to or in excess of that figure in 2015. Those popular items include the sale toppers and four additional two-year-olds from four different sires: