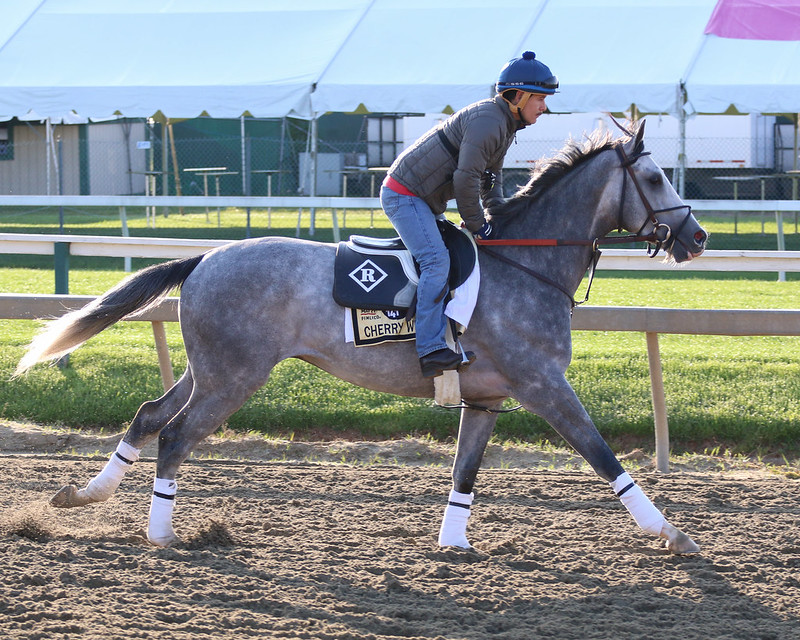 WHO IS CHERRY WINE?

Cherry Wine broke his maiden at the fourth asking in November of his two-year old season over a sloppy track at Church Hill Downs. He followed up his maiden win with an impressive victory in an optional allowance race at Gulfstream in a 1 1/16 mile race in his first start as a three year old. His last two outings were in graded stakes company, where he finished fourth in the Grade 2 Rebel and third in the Grade 1 Blue Grass.

WHAT THEY’RE SAYING ABOUT CHERRY WINE

Cherry Wine’s conditioner, Dale Romans, said that Cherry Wine was “opportunistic. If he gets the opportunity, he’s going to capitalize on it.” Cherry Wine’s jockey, Corey Lanerie, has ridden him in his last four starts, including both of his wins. In the allowance race at Gulfstream, which Cherry Wine won by six lengths, Lanerie said, “He impressed me a lot that day. A lot of horses don’t handle that kick-back well, but he did and he just ran right by them.”

Stranger things have happened in Triple Crown races, including in the Preakness. The expected rainy weather might help, as Cherry Wine’s maiden win came on a sloppy track and trainer Dale Romans reports that his horse loves the mud. If some of the front-running horses get caught in a speed duel, Cherry Win could be there to pick up the pieces at the end of the race.

With no stakes victories on his resume and speed figures that are well below several of the other Preakness competitors, Cherry Wine is likely to be sent off by the bettors at the long odds when the gates open on Saturday. It took him four tries to break his maiden, and he has managed to place no better than third when racing against graded stakes company. The Preakness field he will face Saturday is significantly more competitive than his previous stakes attempts.